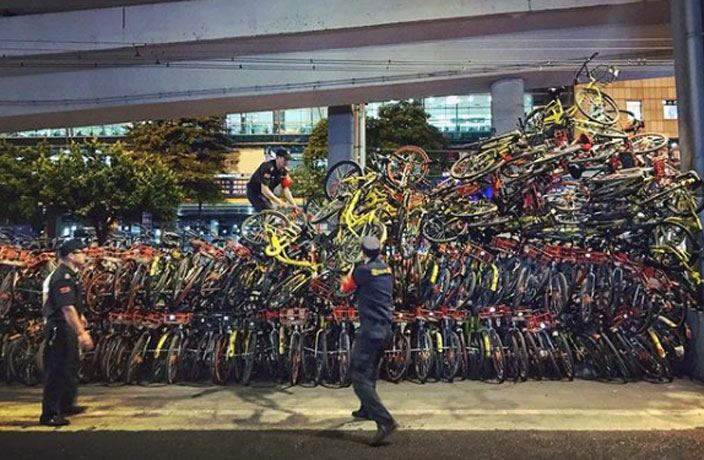 Have you recently found it harder to find an Ofo or Mobike, because there simply aren’t many around and/or a ‘Malfunction’ message pops up on your phone’s screen when you try to unlock a bike after walking for hundreds of meters? We have an explanation.

Since last August, in light of the Guangzhou Municipal Government’s restriction on new shared bikes, over 300,000 bikes produced by Mobike and Ofo have been removed from Guangzhou, according to a report by ycwb.com published on September 6.

The significant drop in shared bikes runs counter to the very reason for their existence: make commuters’ life easier. Several interviewees told reporters that finding a functioning bike has been laborious, while four out of nine bikes reporters found on a downtown street were unusable. (Those not complaining: anyone who uses the sidewalk).

According to Mobike, however, its daily turnover compared with last year has increased by 20 percent in Guangzhou, while Ofo reported a 7 percent rise in usage in just one month. The jump in usage is being credited to Guangzhou’s recently implemented restriction on motor vehicles with nonlocal license plates. The new legislation allows for vehicles with an out of town license plate to drive on Guangzhou roads for up to four days. After which, the car must not be driven on city roads for the next four days.

Currently, Mobike and Ofo are the only two share bike companies operating in Guangzhou.

READ MORE: This Shared Bike Graveyard in China is a Work of Art