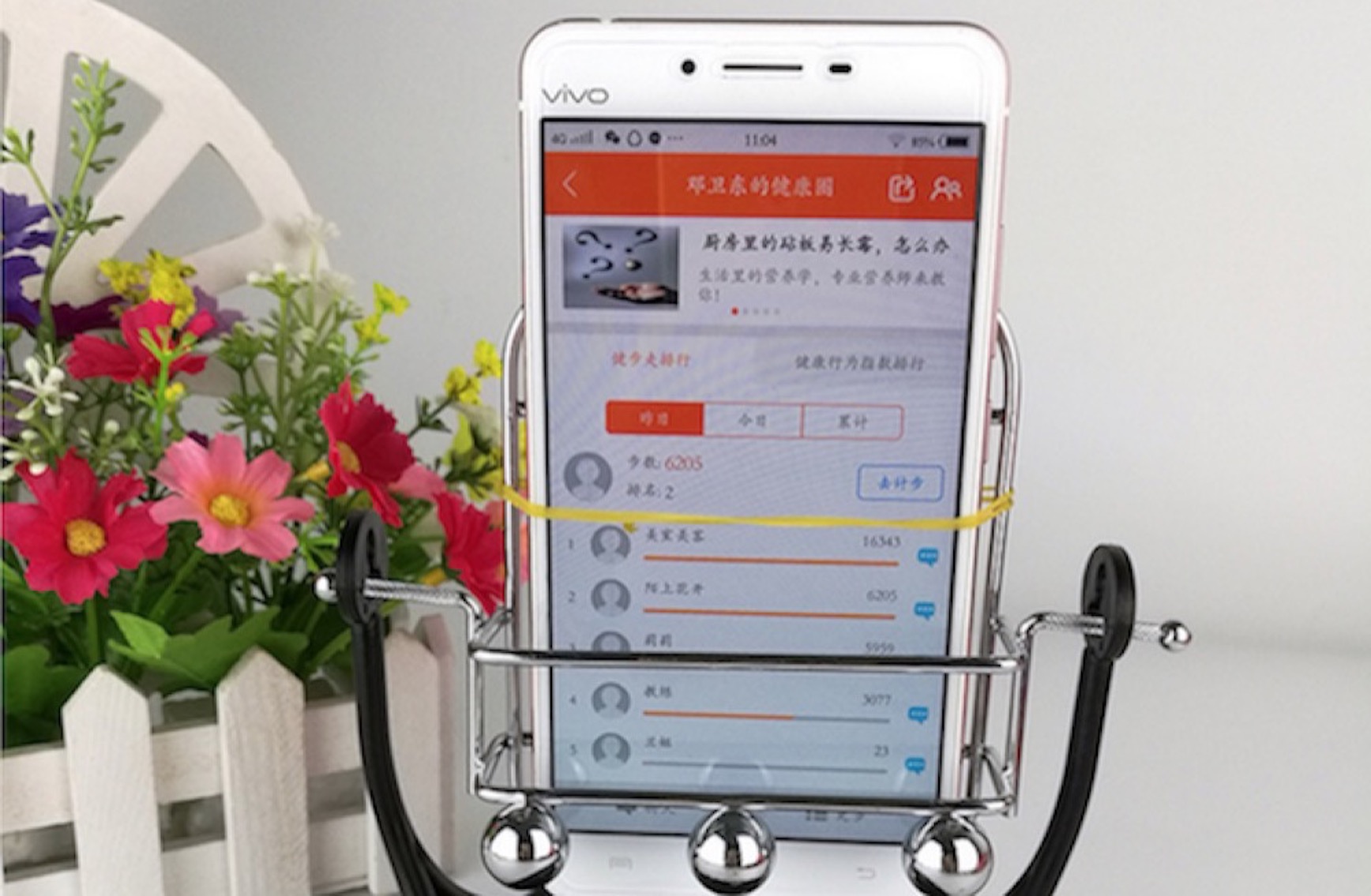 Ever wonder how that one WeChat friend – you know who you are – scores 40,000 steps a day in typhoon weather?

We might have an answer: weighted 'shake-step devices' retailing on Taobao for as little as RMB13 wobble your phone back and forth, no actual walking required, for a major numbers boost. On tracking functions from WeChat's WeRun to insurance companies' fitness apps, the crafty cheat has put a spring in many a user's steps.

In late June, Sixth Tone reported that university students in Guangdong were using the shakers not only to outdo friends, but also bypass a strange new school requirement to clock 10,000 steps on WeRun daily. 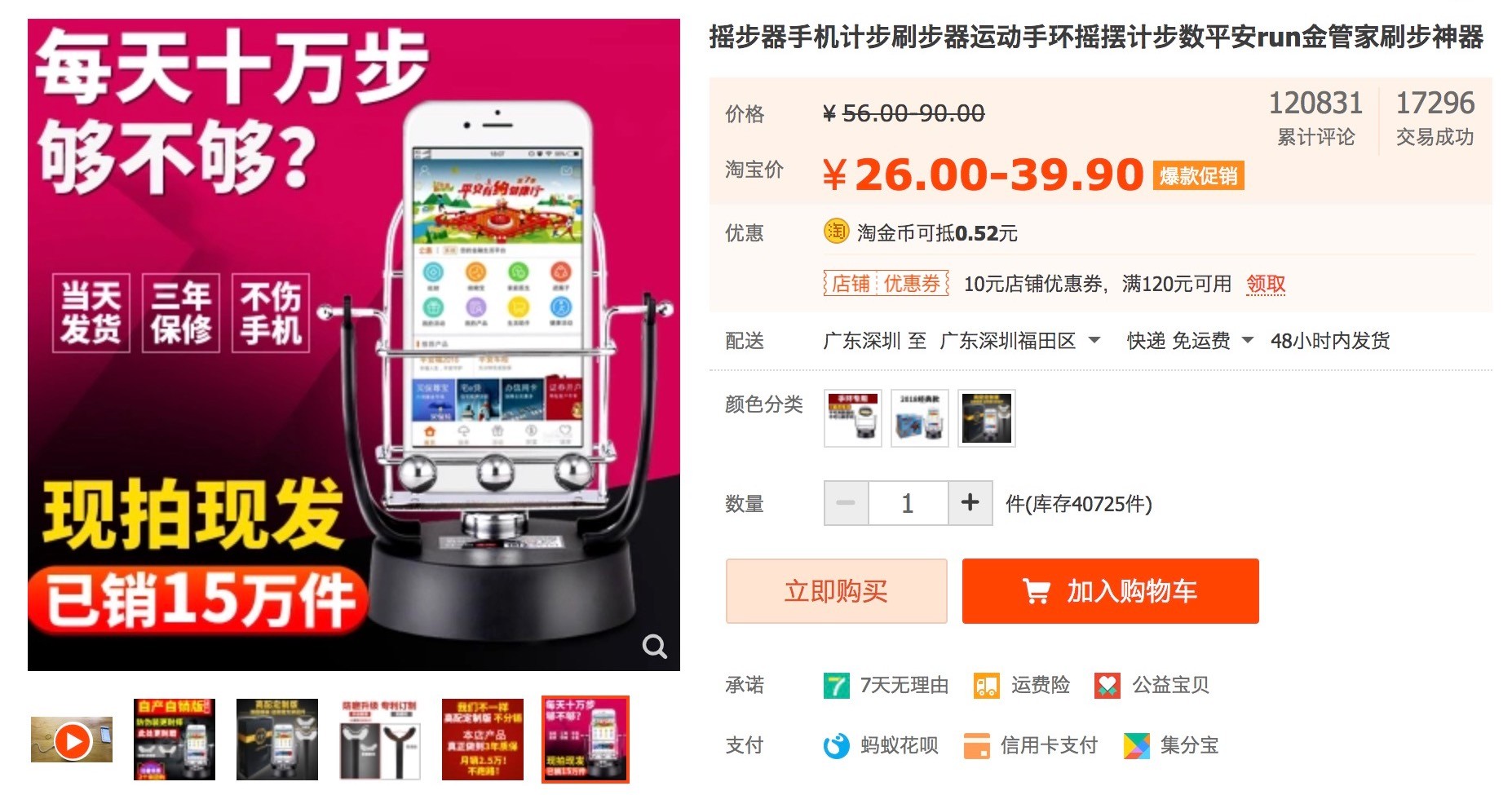 Others claimed to be using the devices to promote their favorite celebrities – top WeRunners can choose a cover photo for the steps page – or win incentives offered by various companies.

An employee at That's who we'll call Sunnie, for instance, admitted to buying a shake-step device for a recent promotion hosted by her insurance provider. In return for 80,000 steps weekly, she stood to gain RMB30 coupons for online shopping.

Sunnie stopped using the device afterwards, however, out of concern that it was damaging her phone.

When we took to Taobao ourselves, we found a wide range of shake-step devices for sale, with the top seller claiming to have retailed 153,361 products as of mid-April. In the past 30 days, Taobao records show, 17,296 purchases have been made.

When it comes to marketing, the company has apparently gone all out, with packaging that resembles a fancy cigarette box and a notice that 0.1 percent of all proceeds goes to a poverty alleviation fund.

And in an ironic twist of words, the seller behind the cheating device claims that “you can imitate appearance but you can’t imitate quality."

Apparently, when it comes to steps, you can.

READ MORE: Childhood Obesity on the Rise in Guangdong