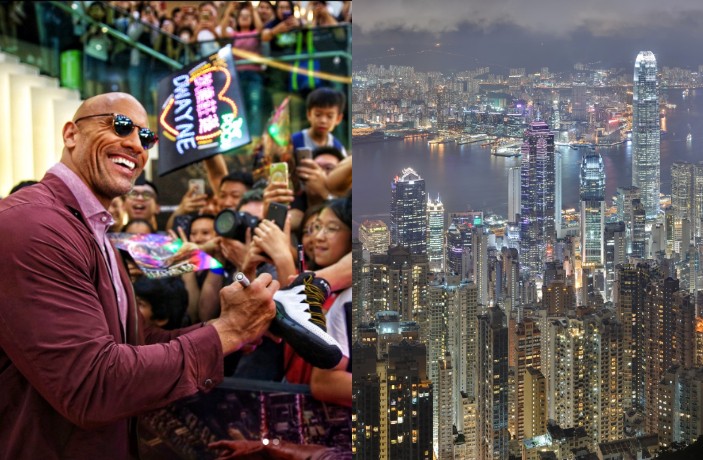 The next US president – uh, we mean Dwayne Johnson – was in Hong Kong last week to promote his upcoming blockbuster, Skyscraper.

The thriller stars The Rock as a security guard for the (fictional) tallest building in the world, a swirling glass-and-steel monolith in Hong Kong. The Skyscraper trailer features breathtaking bird's eye footage of the city as Johnson, in addition to other feats, desperately climbs to save his family from a terrorist plot.

Besides The Rock, cast members Neve Campbell, Ng Chin Han and Hannah Quinlivan, as well as director Rawson Marshall Thurber, visited the setting of their film from July 5-7 for a press conference and fan events, South China Morning Post reported. 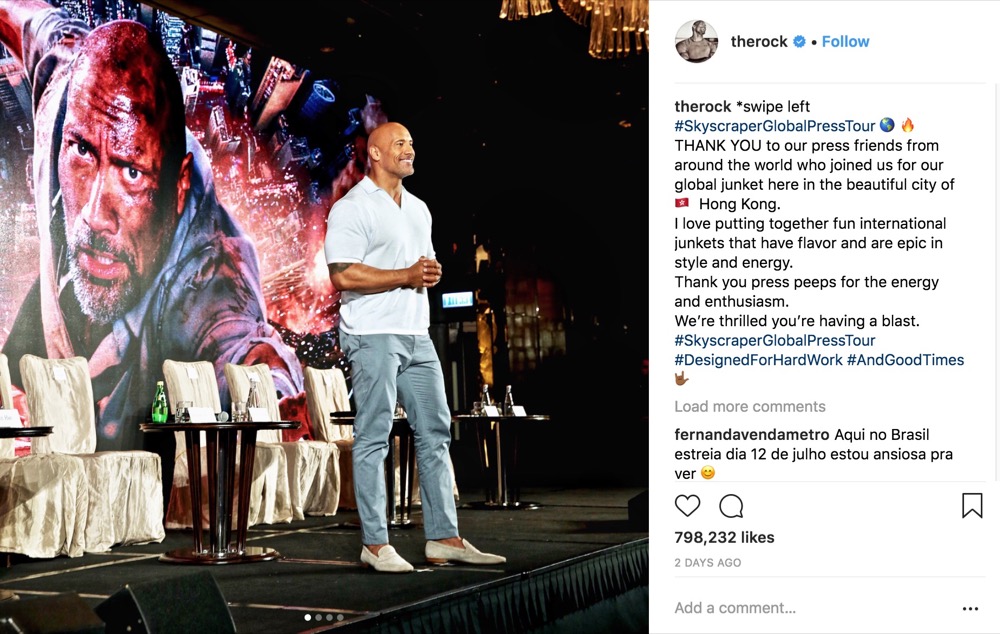 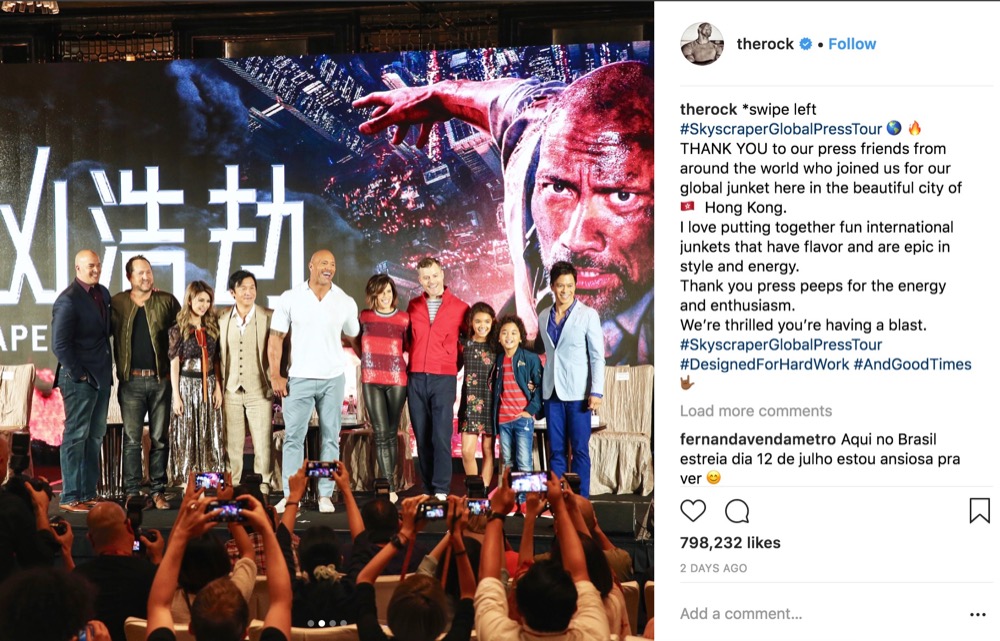 Appropriately enough, in between press interviews, Johnson met up with 'French Spiderman' Alain Robert, who scaled the city's 165-meter-tall Four Seasons Hotel this past Saturday morning using mostly his hands and a pair of climbing shoes.

The habitual solo climber was also backed up by a film crew and safety equipment throughout the trek, and made it to the top in time to chat and pose for a photo with the A-list celebrity. 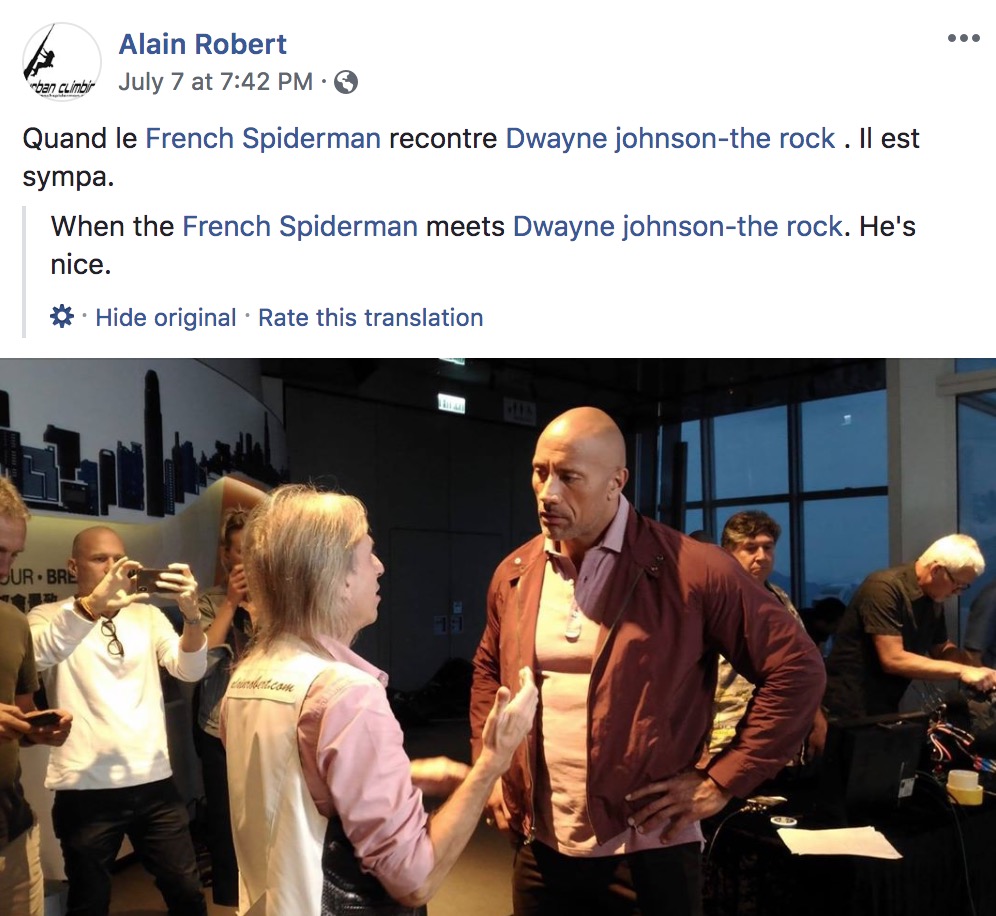 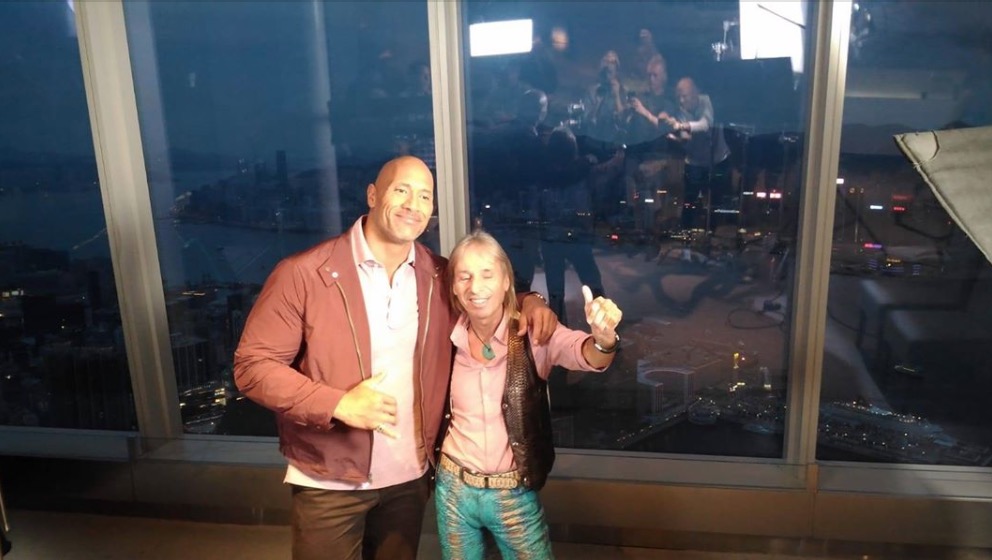 'He's nice,' wrote the tower-topper of the star of Skyscraper.

Even if he, unlike Robert, saves his death-defying stunts for the silver screen.

Skyscraper hits theaters on the Chinese mainland on July 20. Click here for our list of all the major international movies to catch in Chinese theaters this July.