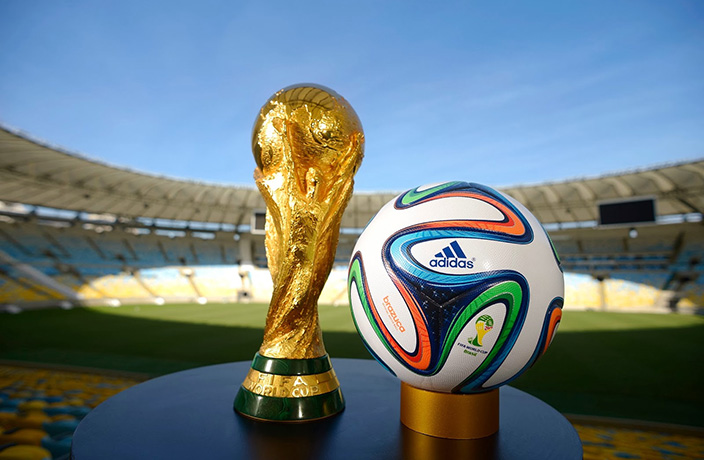 The monthlong football bonanza that is the World Cup kicks off in just a week, and we know what you're thinking: where and when can I watch? Luckily, we've not only compiled a list of game times for China fans, but also tracked down the following spots in Guangzhou where you can catch the action. Enjoy!

This Zhujiang New Town bar and bistro will be open for every 2018 FIFA World Cup game between June 14 and July 15. Like many of the other establishments in this roundup, The Brew’s kitchen will remain open late.
See listing for The Brew Zhujiang.

According to Gail’s staff, the restaurant will be open for all matches, although games with a 2am start require a reservation. Food will be available, even for the later games.
See listing for Gail’s.

Catch all 64 2018 FIFA World Cup matches at Hooley’s Irish Pub, where you can cheer for your favorite team while sluggin’ back pints and munchin’ on snacks (we have it on good authority that some form of a ‘late night snack menu’ will be available for the later games). Plus, a new, super-large LED screen has been added to accommodate viewers on the establishment’s third floor. Regular events, such as trivia and nightly live music, will carry on as per usual.
See listing for Hooley’s Irish Pub.

Dive into Morgan’s delicious garlic shrimp quesadilla while watching ‘the beautiful game,’ aka football, as it once again storms onto the world stage. This celebrated Huajiu Lu establishment will be showing all 64 games and a limited menu will be available for the later matches.
See listing for Morgan’s Public House. 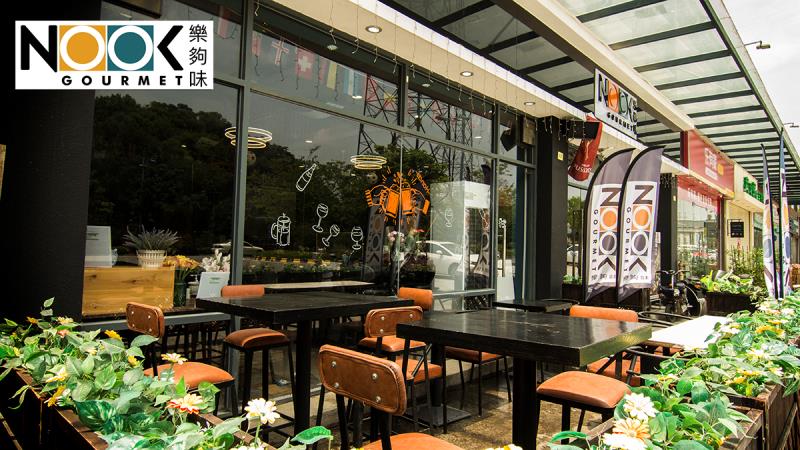 Foshan residents take note: Nook Gourmet is airing all 64 matches in this year’s World Cup. For those unfamiliar with this Shunde resto-bar, Nook Gourmet is a Western-style establishment that boasts hearty salads, epic hot dogs, gourmet wings and renowned homemade dips and sauces. According to Mushdaaq ‘Mush’ Hashtee, the bar’s head chef and owner, the bar aims to bring the comforts of his home country (Canada) to expats and Foshan locals alike.

Food (including BBQ, or so we’ve been told) will be available for the later matches and patrons can expect mid-game activities and prizes. For more details on Nook Gourmet’s 2018 FIFA World Cup specials, keep an eye out for our ‘World Cup Promotions Guide,’ to be released later this week.
See listing for Nook Gourmet.

The fine folks at The Paddy Field will be showing each and every World Cup match starting this Thursday, June 14. Patrons will be able to enjoy the bar’s extensive food menu in its entirety at earlier games; a limited snack menu will be available for matches with a 2am start.
See listing for The Paddy Field.

Head over to Party Pier and watch World Cup glory unfold at Zapata’s between June 14 and July 15. This Mexican-themed establishment will be showing all 64 matches.
See listing for Zapatas.

Enjoy football, a free flow of select local and imported beers and the beautiful Pearl River views afforded by Bar 5’s rooftop position for only RMB398 (for two people) at LN Hotel Five. The establishment is also presenting patrons with the FIFA 2018 Limited Edition Beer Fan Collection by time-tested German beer company Brander Urstoff. This promotion only applies to matches taking place between 6pm and 1am.

Don your nation’s colors and head over to Bravo this World Cup season to enjoy some of Guangzhou’s tastiest locally made suds. Matches will be shown on a large projector screen and bar staff have arranged a special ‘football bingo’ to keep things interesting. For details on which matches Bravo will be showing, please contact Mark at 185 6559 0162.
See listing for Bravo.

The Monk’s Xingsheng Lu shop and recently opened Party Pier location will both be airing World Cup action on their second floors. As The Happy Monk usually closes between 2-2.30am, later games will not be shown. It is worth noting, however, that both Monk locations will be showing every match from the quarterfinals to the 2018 World Cup Final on July 15.
See listings for The Happy Monk.

Get into the FIFA spirit and witness the greatest moments of this year’s World Cup tournament at LN Garden Hotel’s Tavern Bar. A classic English pub, Tavern Bar will be serving a zesty snack platter (good for three-five people) accompanied by five draft beers for RMB300 during live matches. All games airing between 5pm and 1am will be shown at Tavern Bar.
See listing for Tavern Bar. 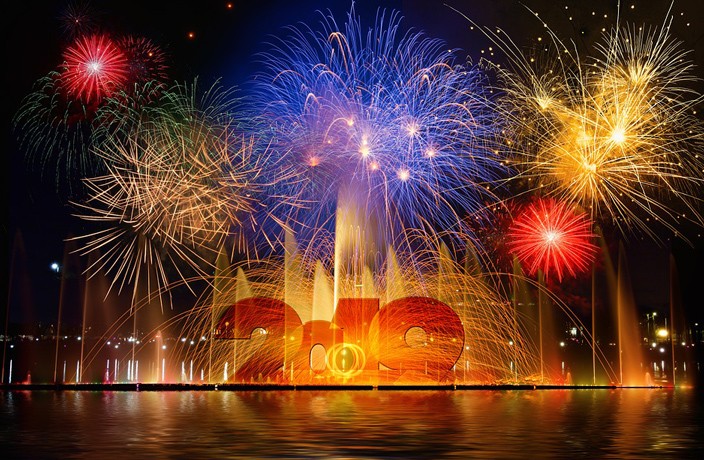 Here's how Guangzhou welcomes the arrival of 2019. 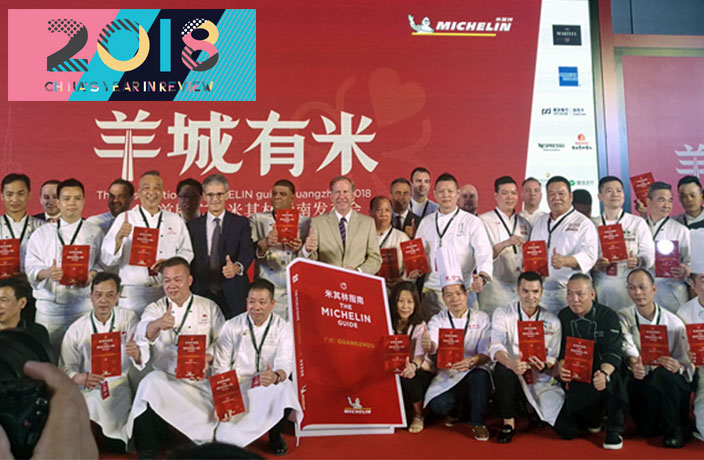 It's time to reminisce on the biggest stories from Guangzhou's food and drink scene in 2018. 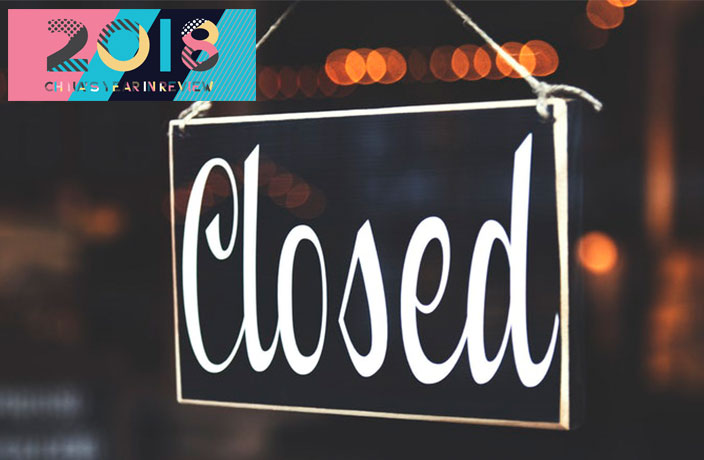 We share our favorite spots for frothy pints of beer, cocktails and shots to debut in Guangzhou in 2018:

Our Top 10 Guangzhou Restaurants to Open in 2018

Here's a list of the ones from 2018 we liked the best, taking into account everything from service to sauce.

A brief look at the new bar and restaurant openings we featured in our August 2018 issue​!

Where to Enjoy a Christmas Feast in Guangzhou 2018

Your ultimate guide to dining (and drinking) in Guangzhou this holiday season.