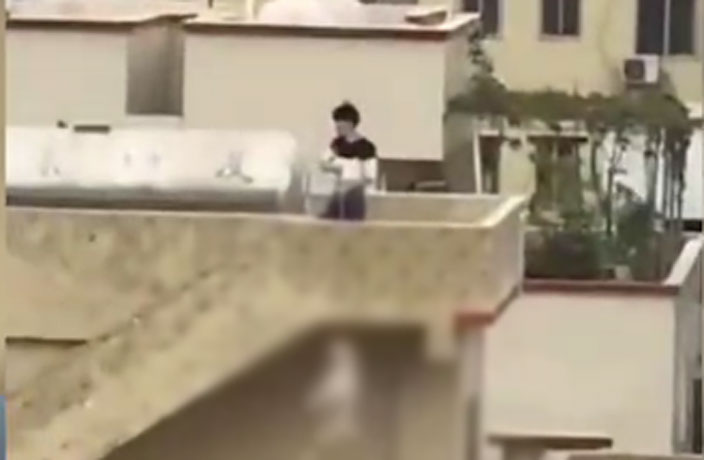 This past Sunday, a man in Guangzhou killed a dog by hanging it from the roof of a building, according to Shine.

Stunned neighbors watched on as the unidentified man suspended a white dog by its neck. Some individuals reportedly yelled at the man in an attempt to make him stop, but he simply laughed at their pleas as the dangling animal struggled helplessly.

When the canine had finally perished, the man put its carcass into hot water to remove its hair, according to one witness. The grisly scene lasted for roughly an hour and the witness added that she believes the hangman was the animal’s owner – although it is not clear how she came to that conclusion.

Due to the graphic nature of the video, we have chosen not to include it in this article. It can be found here, although we caution readers: the footage is extremely disturbing.