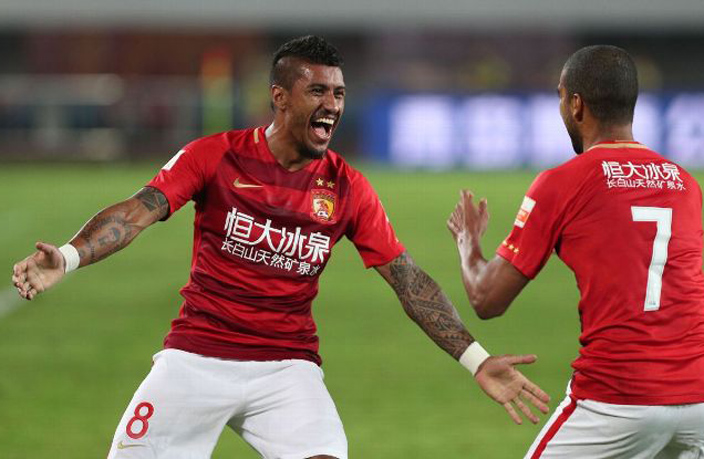 He has officially departed from China and Evergrande to start a new chapter in Europe with FC Barcelona. But the saga of José Paulo Bezerra Maciel Júnior (aka Paulinho) continues, with news that the 29-year-old Brazilian midfielder left behind his Mercedes-Benz, and a pair of Beats headphones, as a parting gift to his driver.

The report by Goal.com reveals that the kind gesture is but one demonstration of Paulinho’s character, with his years in China punctuated by moments of similar generosity.

Liang Ke, a senior staffer with Evergrande, hailed Paulinho on his Weibo account, writing “Paulinho never puts on any airs. He says hello or thank you to almost everybody and always meets the needs of others.”

Liang says that his goodbye gesture is “not determined by his high salary,” adding that “there are tons of people who are richer than Paulinho, but few are as generous and broadminded as him.”

When he began his career in China, Paulinho brought with him a private podiatrist from his home country and, upon noticing that the man was having difficulty adjusting, paid all expenses to have his wife and children moved to Guangzhou.

He paid for the children's international school tuition, covered medical expenses and even provided plane tickets and five-star lodging if the podiatrist’s family fancied traveling to attend his away games, wrote Liang.

Paulinho also remained loyal to his Brazilian roots while abroad, showing unwavering support for Chapecoense, the football club that fell victim to a deadly plane crash in 2016. Despite being asked by officials not to do so, he continues to wear a 'FORÇA CHAPE' armband in solidarity with the team.