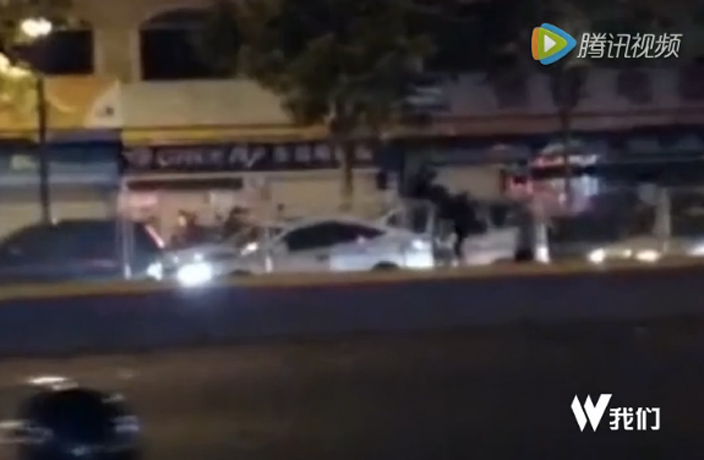 In the early hours of December 28, gunfire rattled the Dashi community in Panyu, Guangzhou, as Foshan police officers fired at suspected drug dealers, according to the Yangcheng Evening News.

The incident occurred on the Dashi section of the No. 105 Highway, which runs from Conghua to Panyu District, where the police were investigating drug smuggling.

The suspected drug pushers attempted to ram responding police cars after being surrounded. Officers fired a warning shot before opening fire on the suspects. One was taken into custody, while the other succumbed to gunshot wounds at a hospital.

A pistol and 5 kilograms of crystal meth were found in the suspects’ car. After further inquiry, the police caught three more suspected drug dealers, seizing 100 grams of meth and RMB200,000 in cash.

Watched a video of the scene below (VPN off):