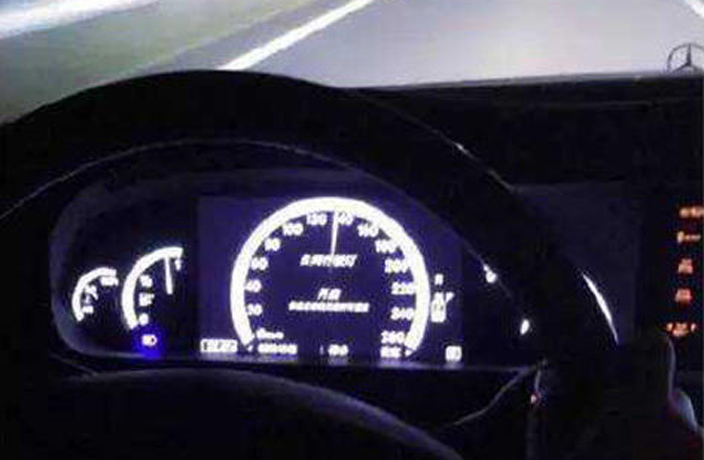 On November 17, one brave female Weibo user (@halohalo彩玲) took a photo of herself speeding 140 kilometers per hour and tagged Shenzhen traffic police (@深圳交警) with the comment: “this speed is a bit fast (smirk emoticon).” Whether she was high on life or just extremely confident, she definitely got the traffic police’s attention, as they promptly responded to her post at 6.52pm, stating: “that's over the speed limit, we will investigate!” 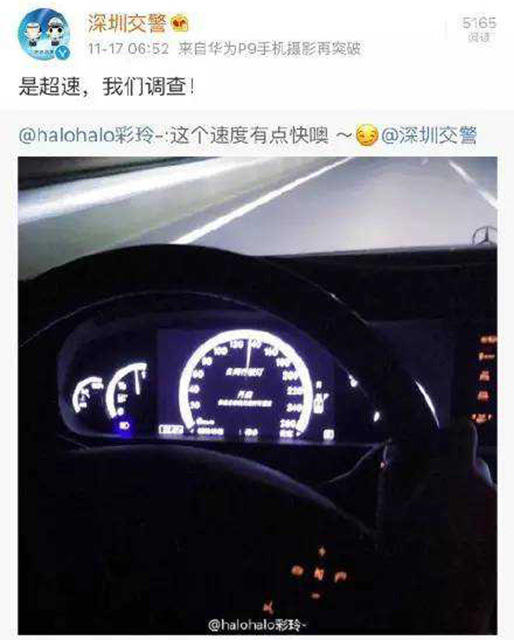 Patrol officers also responded to one netizen’s remark about her use of high beam headlights, observing: “from the photo we see that she is not only using high beams and speeding but she is also driving a white Mercedes.” 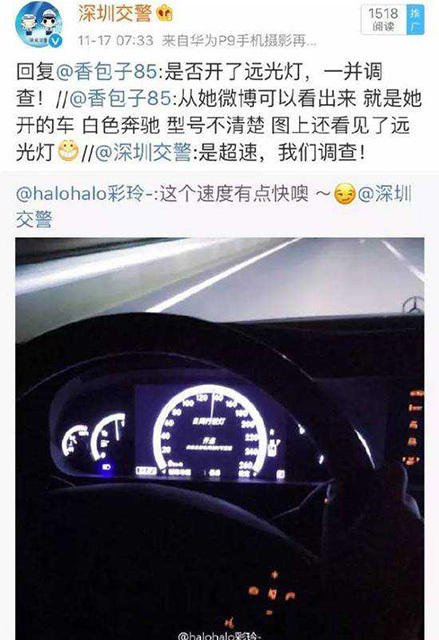 Fearing she would be caught, the Need for Speed-inspired driver deleted the photo, but the traffic regulators uploaded a different photo of her deleted post with the caption: “there is no use deleting the post, we already have it on record.” 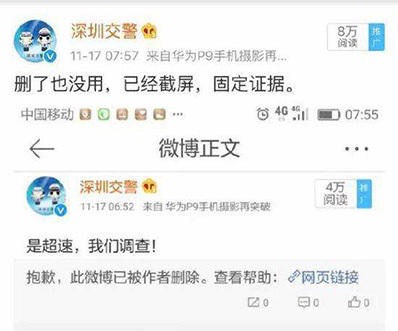 Then at 10.35pm the patrol officers uploaded a redacted photo of the driver’s information on their Weibo with the caption: “we found her, we will go to her house!” 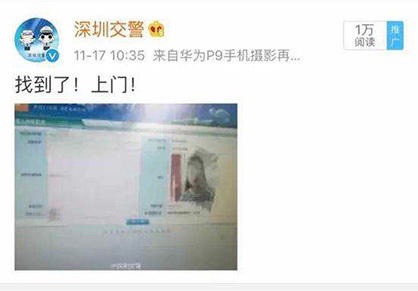 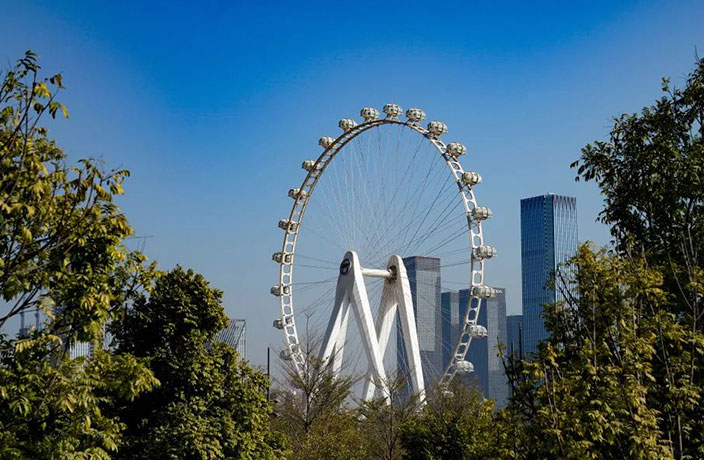