More than a thousand wind chimes have disappeared from the trees of Xiandu Scenic Area in Jinyun County, Zhejiang Province, forcing the traditional month-long Wing Chime Festival to shut down after just six days.

Over the May Day long weekend, tourists visiting the countryside park "madly grabbed" almost all of the over 1,000 wind chimes hanging from tree branches around the 160 square kilometer site. 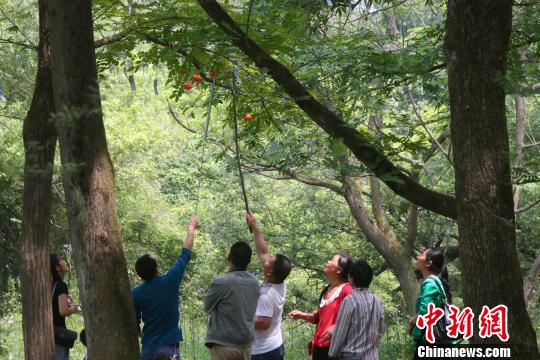 As a result, curtains closed on the month-long celebration after less than a week. Anyone who planned on enjoying the event later this month will be sorely disappointed, and as will anyone who considered going any other year.

As long as "uncivilized" behavior like this remains the order of the day, organizers say they don't dare ever running the festival again. A Chinese woman, Mrs Li, found herself host to an 8ft-long tapeworm after eating undercooked beef.

Why Chinese URLs are long strings of numbers

When it comes to URLs, China has a preference for numbers over letters.

Chinese men having a lot of sex, but not lasting very long

Data from a sex performance tracking app has found that while Chinese men are enjoying regular sex - just second behind the US - their stamina is the worst, with the average encounter lasting 2 minutes and 40 seconds.

Photos taken January 8 shows passengers sleeping on a train that departed Hangzhou, Zhejiang province at 9.20pm and arrived in Guiyang, Guizhou province at 3.46am on January 10. More than 257.8 million passengers are expected to travel by rail during this year's Spring Festival travel rush.