In a series of articles and photographs, we're taking a look at how Guangzhou has evolved in the past century. This section takes a close look at one of the first parts of the city to see modernization: Dongshan.

Simon Lei, a Guangzhou resident nearing his 70th birthday, isn’t into playing mahjong at the park or sitting idly on a sofa from Ikea. Instead, his easy chair is a Chippendale-style collector’s item from England, his oversized glasses are round enough for a hipster and his English is so fluent one would assume he grew up overseas. With 140 countries under his belt, Lei has traversed most of the globe. Yet it’s not the clutter of foreign mementos that are the source Lei’s pride, but a collection of photo albums, memoirs and encyclopedias of Dongshan circa the early 20th century – priceless records of his hometown in its finest era.

“Back then, the city was divided into four regions,” recalls Lei. “The north was an administrative area, where government officials lived. The south, which we called Henan then – now Haizhu District – was the industrial area, where factories were housed. The west was a commercial area and the east, Dongshan, was a residential area.” Guangzhou’s ancient city wall, built during the Ming Dynasty and destroyed by the government in the 1920s in an effort to modernize infrastructure for automobiles, stretched west from Yuexiu Lu to Ximenkou and south from Yuexiu Shan to Nanguan. Remnants of the wall can still be seen today outside Ximenkou metro station and within Yuexiu Park, near Zhenhai Tower. 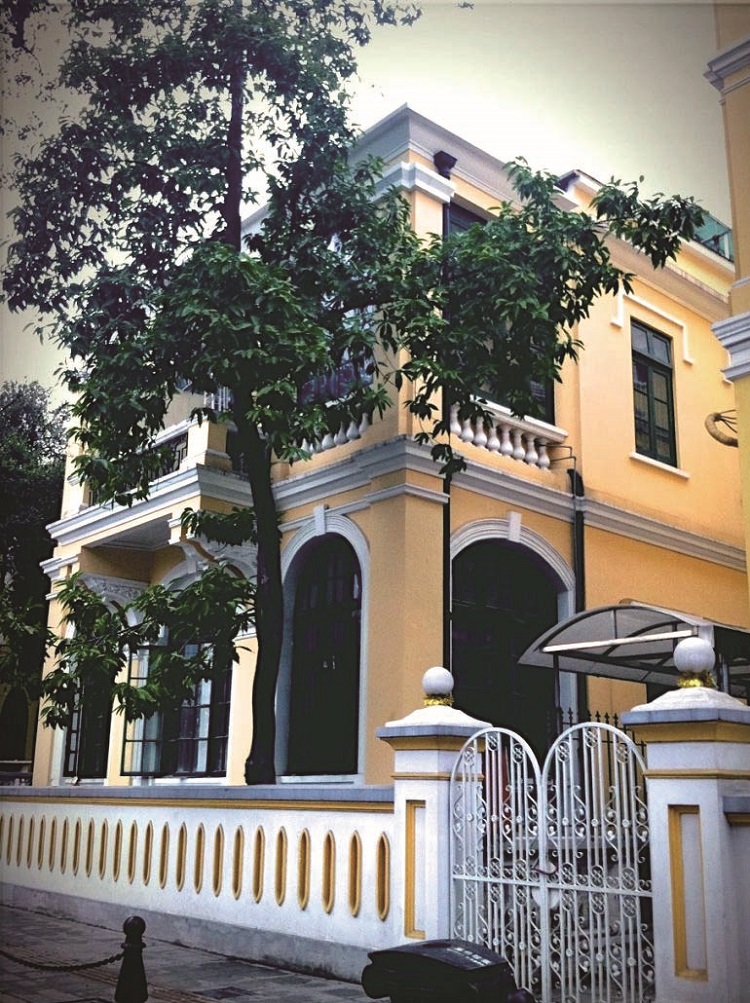 According to Lei, regular citizens couldn’t live within the city wall – it was reserved for government officials and the military – so most lived either west in Xiguan (today’s Liwan District) or east of the city center, in Dongshan (now part of Yuexiu District). For years, Dongshan flourished under development spearheaded by Western missionaries, who settled there since it was the only area of the city with land available for purchase. They set up churches, schools and hospitals modeled after institutions in their home countries. When overseas Chinese returned home and saw the progress in Dongshan, they too decided to move to the district, building three-story houses with gardens and garages according to what they’d seen abroad in Western countries.

Before long, Dongshan was a picture of modernity. Even the local government observed the trend with awe and crafted further plans to turn the district into a modern, comfortable residential neighborhood.

“The living standard then was really no different from what you’d find in cities like New York at the time,” notes Lei. “We had bakeries, private cars and all kinds of electronic appliances.” Lei’s school regularly screened films for students. Athletic teams, a full brass band (with instruments imported from the US) and international teachers were commonplace in Dongshan schools but not in other parts of the nation. A popular saying at the time, “Dongshan gentlemen, Xiguan ladies,” reflected new standards in society. Men in Dongshan were considered attractive for their athleticism, fashion sense, experience living abroad and ability to drive a car. Xiguan ladies were treasured for being traditional and humble, having grown up in Guangzhou’s most culturally rich region of Xiguan.

“Dongshan was not a big piece of land, but many people who played a crucial role in the history of modern China used to live here,” explains Lei. “Mao Zedong and his wife lived in Dongshan. Sun Yat-sen, Zhou Enlai, Chiang Kai-shek… the Communist Party held its national conference in Dongshan. Guomindang leaders lived here. So many important decisions that influenced Chinese history were made here.”

Today, the Western-style architecture of Dongshan stands out from adjacent high-rises, though most of the original houses are empty. “Families have held onto their property, but many don’t even live in China anymore,” sighs Lei. “In 1949, there were about 1,400 independent houses with gardens in Dongshan. Now, there are only 700 left.”

The winding avenues near Dongshankou have been tousled with decades of change since Lei’s time, but even a weak imagination can envision their brilliance. And some afternoons, when the sun folds just right across an abandoned balcony or cathedral bells fade into a familiar wind, one can still breathe in a taste of life as it once was.