At 10am this morning, Kinmen-bound TransAsia flight GE-235 collided with an elevated highway in Taipei's Nankang District, ditching into the Keelung River where it currently remains submerged along with 53 passengers.

Ten passengers were pictured are standing outside the plane awaiting rescue, while the rest still remain trapped within.

12 ambulances, a crane and three rescue boats were dispatched by the New Taipei City fire department at 10:55. 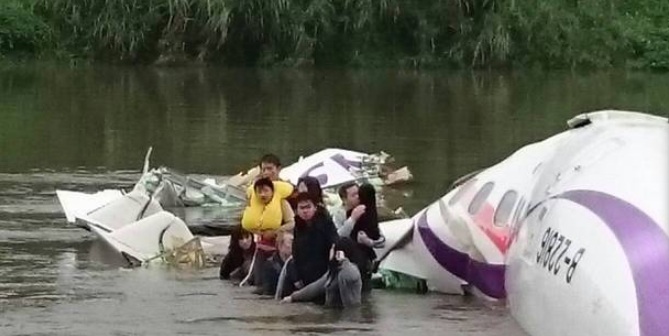 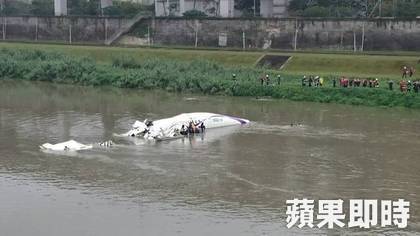 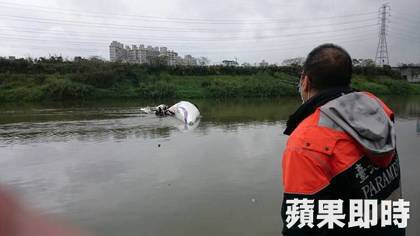 Images captured by an eyewitness traveling along the road at the time of collision show the plane pitching 90 degrees after it's takeoff from Songshan Airport near the city center, clipping a taxi with its wing before crashing into the waterway below. 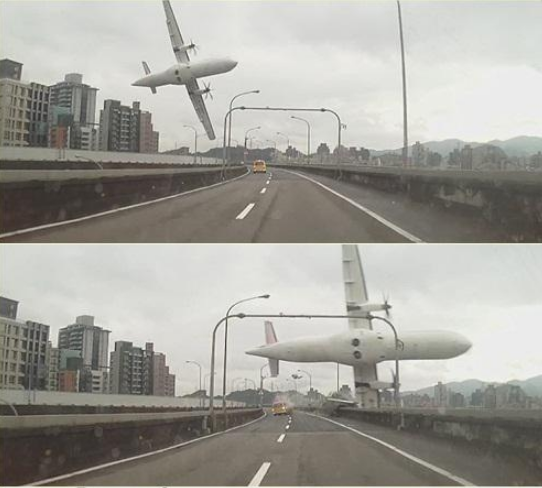 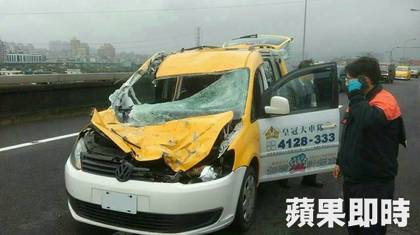 Ferry with 458 passengers, many elderly, sinks in Yangtze [UPDATING]

Ship caught in severe storm in Hubei Province sinks with hundreds on board.