Jintian shi Zhou Youguang de shengri. If you could read that (even without proper tonal markings, no less) then you are officially in the debt of Zhou Youguang, the man who revolutionized Chinese language learning by finally coming up with a romanization system that (pretty much) works.

Yes, the letter "C" may be a bit odd, and maybe spelling 中 with a "Jh" instead of a "Zh" may have made a bit more sense to beginners but, all in all, Zhou's creation has stood the test of time.

And it's not just for foreigners. Pinyin has been credited with contributing to China's massive literacy rate boost, from only about 20 percent in the mid-20th century to more than 90 percent today. Even for native speakers, Chinese is not always an intuitive language, and devising an intuitive, simple way to represent sounds and tones revolutionized the way that the language was taught.

Pinyin was once even considered as a potential replacement for the entire Chinese written language, and some newspapers were written completely in the script that Zhou created: 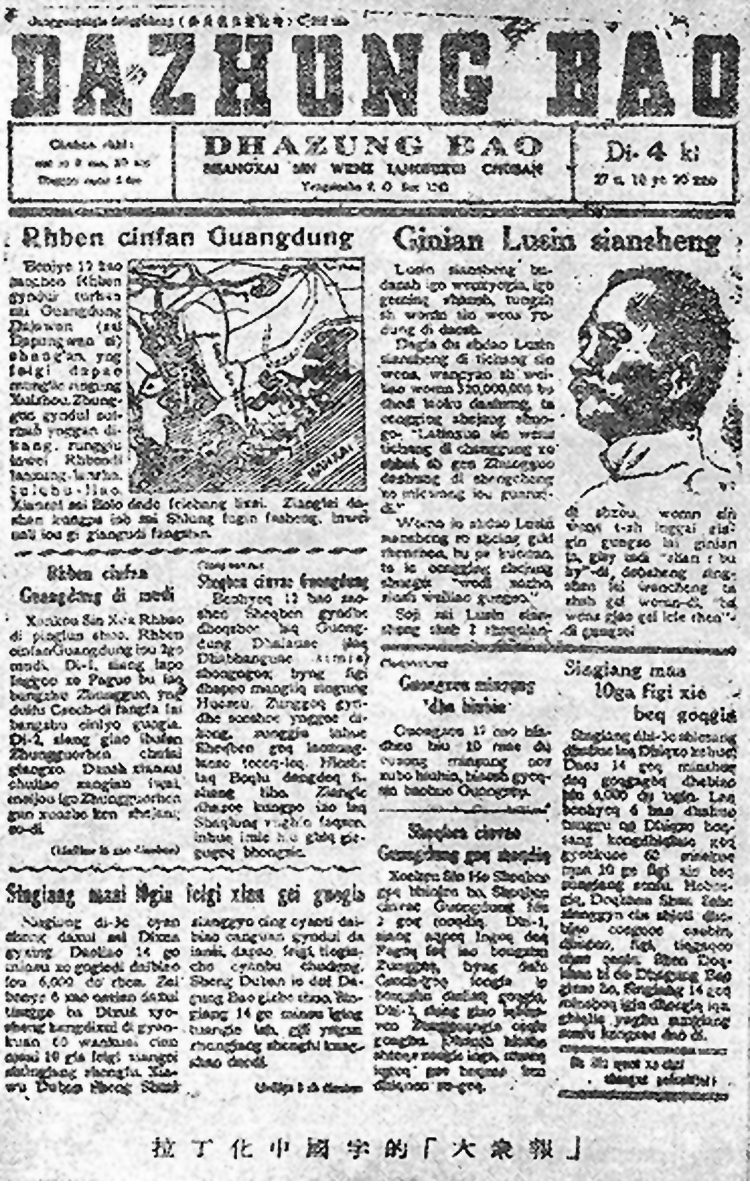 Speaking to the AFP, Zhou is pretty ambivalent about his legacy. "I don't have any feeling of pride. I don't think I've achieved very much," he says. "My birthday is of no importance at all."

Au contraire, Zhou Youguang. While he may not be particularly impressed, a generation (at this point, several generations) of students, both Chinese and foreign, were saved by the harsh consonants of Wade-Giles by his deft thinking. Xie xie. Chinese authorities have seized assets worth at least 90 billion yuan ($14.5 billion) from family members, political allies and friends of disgraced former security minister Zhou Yongkang, the man at the centre of China’s biggest corruption scandal in memory, sources have revealed to Reuters. Liu Yingxia, a businesswoman ranked as one of the 50 wealthiest in China and dubbed "the most beautiful member" of the Chinese People's Political Consultative Conference (CPPCC) was abruptly sacked from the government's advisory body last week.

Zhou Yongkang, former head of the Central Political and Legislative Committee, which oversees China's security forces and law enforcement institutions, has been placed under house arrest, according to Reuters.