A real-life version of the seminal Hong Kong crime-thriller Infernal Affairs played out in north-central China's Shanxi Province over a decade ago, recently uncovered files have revealed.

Over a period of several years, 15 young gangsters infiltrated the Luliang municipal police force beginning as academy recruits at the behest of local ringleader Feng "The Swallow" Xiaochun, helping fellow members of the "Swallow Gang" escape from the law on at least 18 separate occasions as they rose through the ranks. 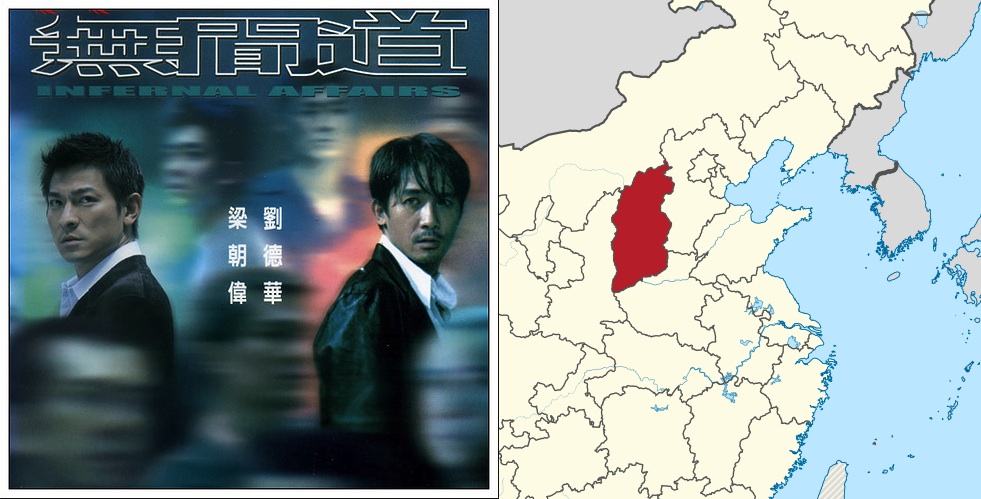 Feng and his moles were ferreted out by 2004, but the rot was already deeper than anyone had anticipated. In May 2005, Beijing cop Li Zhongyi was brutally killed following a row with fellow policeman Liu Limin in Shanxi provincial capital Taiyuan, beaten to death in front of the provincial Party committee building. When the case was tried at court, underworld thugs responsible for the killing admitted that they had reported to Liu for years.

Buoyed by the heavily profitable and lightly regulated coal mining industry, Shanxi has long been regarded as a hotbed of corruption, and was singled out as the main battleground in president Xi Jinping's anti-graft crusade after the Party's 18th National Congress in 2012.

In the award-winning 2002 film Infernal Affairs, a police officer played by Tony Leung infiltrates a triad organization while an embedded triad member played by Andy Lau simultaneously climbs the hierarchy of the Hong Kong Police Force. The film's American remake The Departed cleaned up at the Academy Awards while censorship regulations in the mainland, stipulating that government employees never be portrayed as corrupt, necessitated a recut of the original.

In an alternate ending shot for mainland cinemas, Andy Lau's character is exposed as a mole thanks to the diligent work of his superiors, and he turns in his badge without a word. If you're a fan of the Hong Kong original, you can check out the ham-fisted mainland ending below for a good laugh; and if you're not, watch the whole thing first because [SPOILER ALERT]: Remi Gaillard eat your heart out. On March 16 a gang of go-karters in Tokyo held a real life Mario Kart-style race on the streets of the Japanese capital, without getting arrested.

A 29 year old man has been arrested after writing a letter to his eight year old student in which he referred to her as his wife and asked her to 'make love' to him for his birthday.

Photos of a pair of shoes have gone viral in China after a besotted man made the sparkly beauties for his bride to be, iFeng reports.