Filial piety knows no bounds. According to a Guangxi paper's weibo account, an intrepid 7-year-old in Yizhou was spotted driving drunk ol' dad home in the truckbed of a motorized trailer. 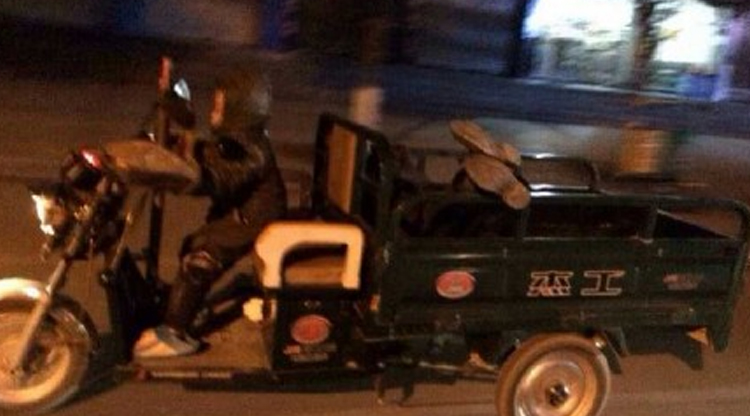 The son apparently drove more than 20 kilometers, carting his inebriated padre throughout the city while some idiots took the pictures that we're looking at (instead of, you know, trying to stop a child from operating a motorized vehicle alone at night).

The boy's brother was also spotted drunkenly wandering the city: we hope that this trike-steering tot doesn't go the way of the rest of the 'fam: if so, they'll need to have another child in hopes of snagging a new designated driver. 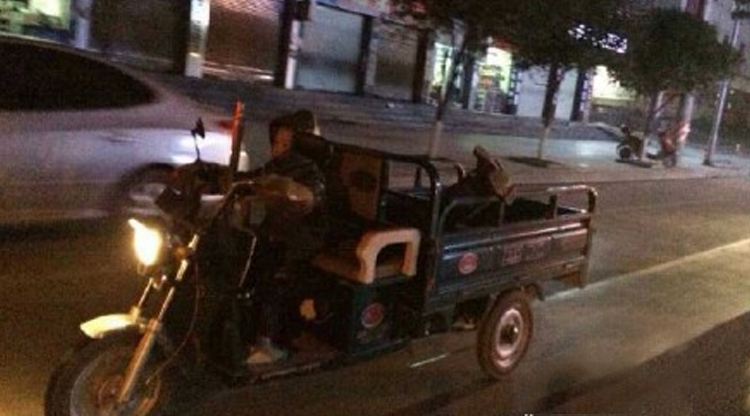 PHOTOS: Hubei's daunting 'Sky Road' may be one of the world's most impressive drives

What's not to like about bull fighting? Oh right, everything.

PHOTOS: Girl jumps to to her death from Guangxi bridge as onlookers take pictures