When a "milk shortage" began in 2013, many farmers in Hebei, Shandong, and Qinghai bought cows at high premiums, with the price of milk soaring to RMB5 per kilogram.

However, as milk prices have dropped to RMB3.3/kg since the second half of last year, the costly dairy cows have suddenly become a liability. With the cost of feed surging and dairy companies buying less milk from local farmers, many have had no choice but to pour fresh milk out into nearby fields, or even sell off once dairy-ly beloved cows. 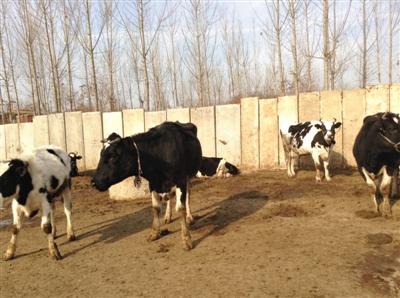 Wang Zhiguo, a dairy farmer in Hebei Province, said he spent around RMB17,000 for each of the cows he bought in last year, but sold seven in the past six days at just RMB6,000 each because he was losing around RMB1,000 a day - a move he tearfully describes as "heartbreaking" after having raised them for so many years.

Local farmers are now pouring out fresh milk into nearby fields because barrels in-house are already full. Almost one kilogram of milk is dumped daily by each of the households. 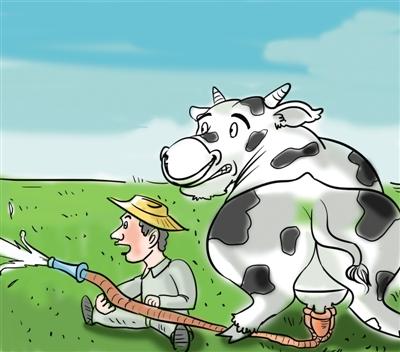 “These 50 cows are everything I have,” says Ma Juxia, a young farmer who has been raising cows for much of his life. “I really don’t know what to do in the future. Nobody knows.”

Dairy experts postulate that the rising standards of purchasing, rising numbers of ranches established by large dairy firms, and a growing market for imported milk may be the main reasons for the current dilemma. China's new 'Super Farmers' are like regular farmers but richer

If it has the word 'Super,' it must be a good thing, right?

Chinese officials bought so much ivory in Tanzania that prices doubled