Having seen plenty of UFC fights on TV, UFC Macau definitely delivered a selection of quality finishes, and an action packed main event with Bisping in dominating form against Le to stamp his place back in the top 10 in the UFC middleweight division. With the UFC arriving for the third time in Macau, UFC Fight Night at the Venetian gave Asian fans a chance to see some of the talent coming out of China and Asia for the first time.

Featuring several fighters from China, Wang Sai, Zhang Lipeng and Yao Zhikui all put a on a show for the home crowd, staying aggressive and pushing the pace against their international opponents. All came out victorious except for Yao Zhikui, who controversially lost to Roysten Wee, the first Singaporean fighter in the UFC.

Other highlights from the undercard had Yuta Sasaki making quick submission work versus Roland Delorme, and Alberto Mina, fighting out of Hong Kong, quickly finishing his opponent Shinsho Anzai via strikes in the first round. Both fighters remained undefeated in the UFC, and are looking to be solid rising prospects in their weight classes.

Highlights from the co-main event and main event

A huge contingent of Korean fans across the stadium cheered on Dong Hyun Kim for his fight against Tyron Woodley, but it proved to be fruitless as Woodley sent Kim to the mat via TKO in the first round at 3:59, catching him cleanly across the chin as Kim mistimed his spinning back fist. The quick TKO finish elevates Woodley back into title contention after he lost his previous fight to Rory Macdonald. As for Kim, he made a heartfelt apology to his fans in Macau, clearly distraught after the quick finish, having paid the price for his over aggression.

This fight raised the bar on the entire fight card, with two of the more skilled welterweights in the UFC facing each other and Woodley delivering a thrilling finish.

The main event was one for the ages, with an awe-inspiring effort from Cung Le. At 42 years old, he put on an absolute show after it looked like it would end in round one when his right eye was completely closed shut from a Bisping jab. In the end, Bisping's fitness and solid combination of strikes and leg kicks proved too much, finishing off Le in the 4th round via TKO. Bisping looked every bit ready to challenge for the middleweight title as he called out Luke Rockhold, a top 5 middleweight, in the crowd and confidently declaring he won't be stopped until the belt is around his waist.

All and all, if you weren't there for this year's UFC in Macau, I'd recommend you not miss out next time, as it's one of the best live sporting events you'll find in China. Now its recovery time from a not-so-great showing in the casinos. Until next time. 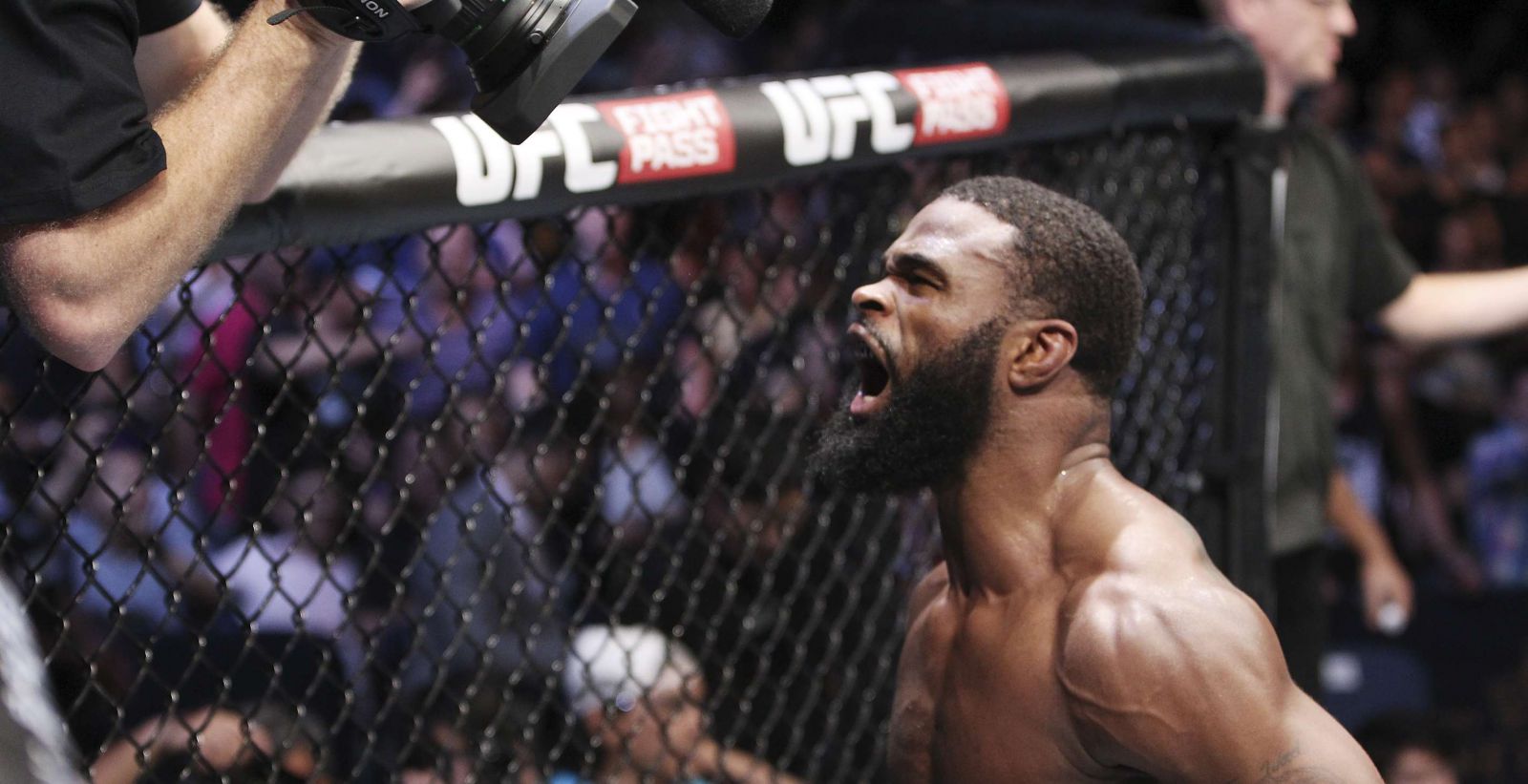