Anhui man Zhang Yidong wants nothing more than to look like the (potentially mythical) Communist hero Lei Feng, and he's willing to go under the knife to achieve that dream.

At his hospital in Hefei Monday, Zhang appeared in public for the first time after completing the first phase of plastic surgery, looking like a terrifying plastic person.

“No matter how open or developed China becomes, we can’t forget the Lei Feng spirit,” Zhang told the New York Times. “Through this activity I want to tell even more people that to study Lei Feng, we can’t just engage in slogans.”

Lei Feng died at the age of 22 in 1962 after he was hit by a falling telephone pole, is known in China as a model Communist. He reportedly studied Mao's writings every night by flashlight, repaired his comrades' clothes, and collected huge amounts of cow dung for use as fertiliser.

However, many scholars, both Chinese and foreign, have pointed out the discrepancies in the Lei Feng legend: such as the suspiciously well-lit photos of a supposedly average soldier, his detailed diary full of propagandistic expressions of loyalty, and an "all-too-well-honed image".

On that last point at least, Zhang is the equal of his idol. 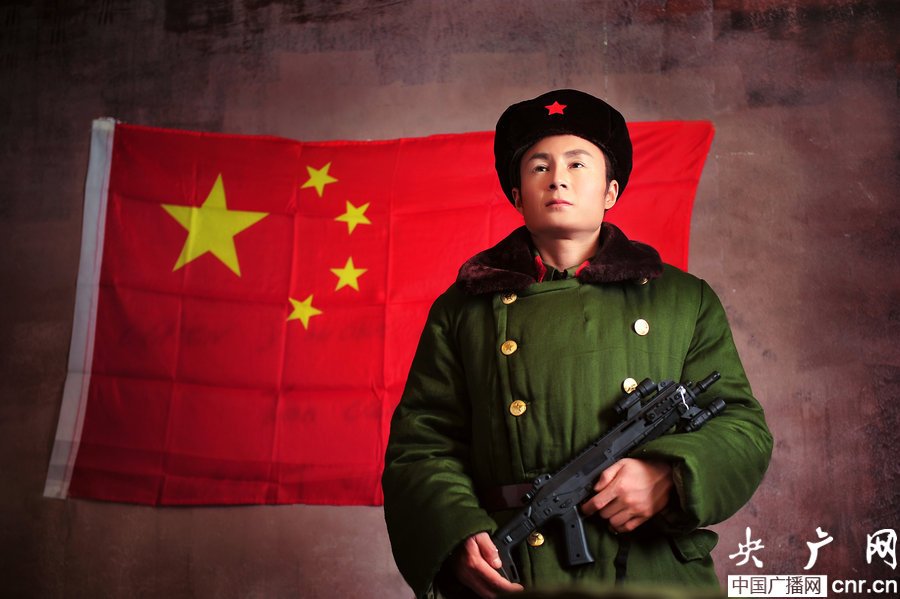 Top of his class, with writing abilities that surpass that of his classmates and predictions he will score in the top 10 per cent of all ‘gaokao’ candidates, it is hard to believe that Peng Chao accomplished this all despite having no arms at all.