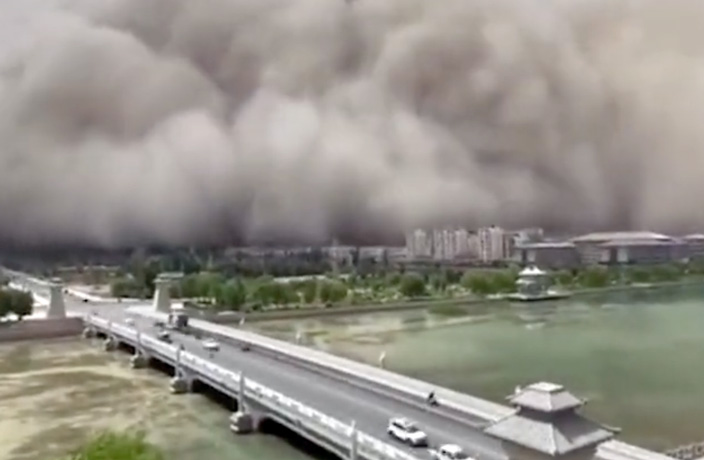 On Sunday, a colossal sandstorm swept through Dunhuang in Gansu province.

The northwestern city issued a yellow alert (the third-most severe warning) for the visibly jarring clouds of dust and sand at 3.04pm CST.

Xinhua reported that the lowest visibility was cut to 791 meters, citing the regional meteorological department. However, videos that have surfaced on social media show a grimmer picture.

Multiple news outlets said the sandstorm reached a height of 100 meters, leaving much of Dunhuang covered in dust. No injuries or deaths were reported from local media.

Check out the video of the sandstorm below (VPN off):

In March 2015, a sandstorm hit the city that reduced visibility to less than 500 meters. Residents were warned to stay indoors.

A dusty day in Dunhuang in March 2015. Image via Sina

A sandstorm in 2018 hit the province’s prefecture-level city of Zhangye. Firefighters rushed to various wheat farms to put out fires caused by the extreme weather. Fortunately, no one was hurt. 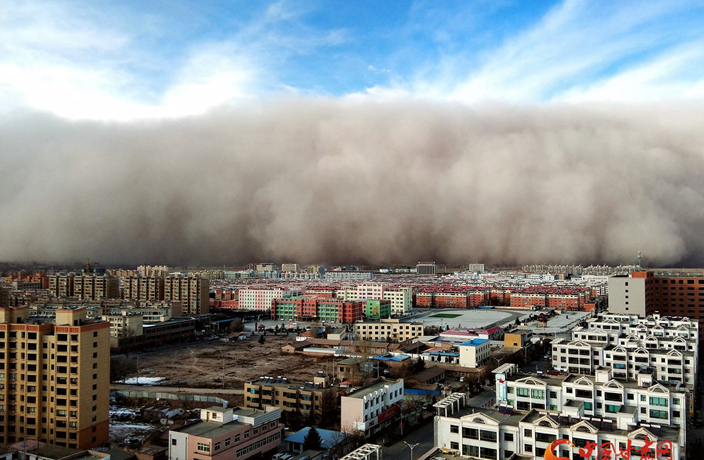 Dunhuang is known as a popular travel destination in China, featuring sites such as the Mogao Grottoes and Crescent Spring. 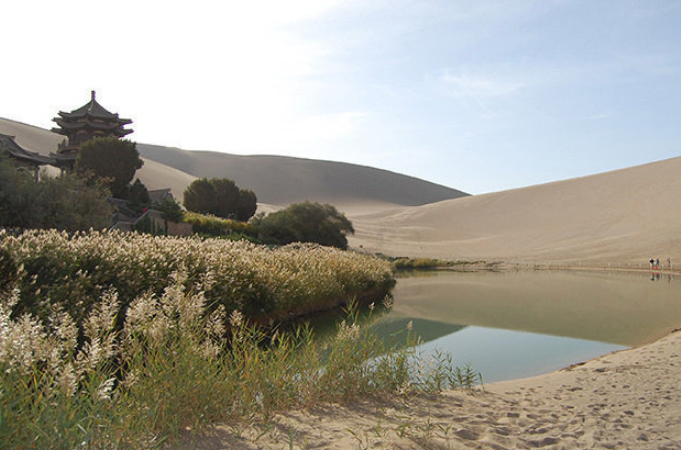 An inspiring story emerged on Monday of a local man who rescued six freezing cross-country runners.

Hainan is expected to bake under the May sun over the next 10 days.