The festival runs for three weeks, and this year will come to a close on August 8.

Casual and extreme beer drinkers alike assembled at venues around the coastal city of Qingdao to sample some of the most mainstream (and craft) beers from around the world. 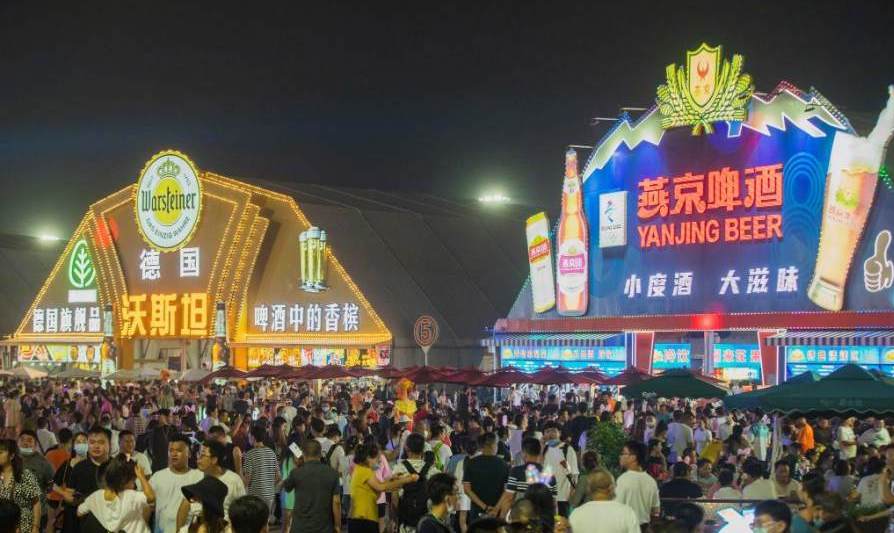 Massive tents representing beers from China and all around the world host millions of guests. Image via @半岛都市报/Weibo

The festival bears many similarities to its German counterpart. Large tents are erected, and visitors sit at long tables drinking large mugs of beer.

The festival kicked off with an opening ceremony that featured a performance by 1,000 drones in the Qingdao night sky.

There are concerts, performances, on-site camping and – as expected – drinking competitions. 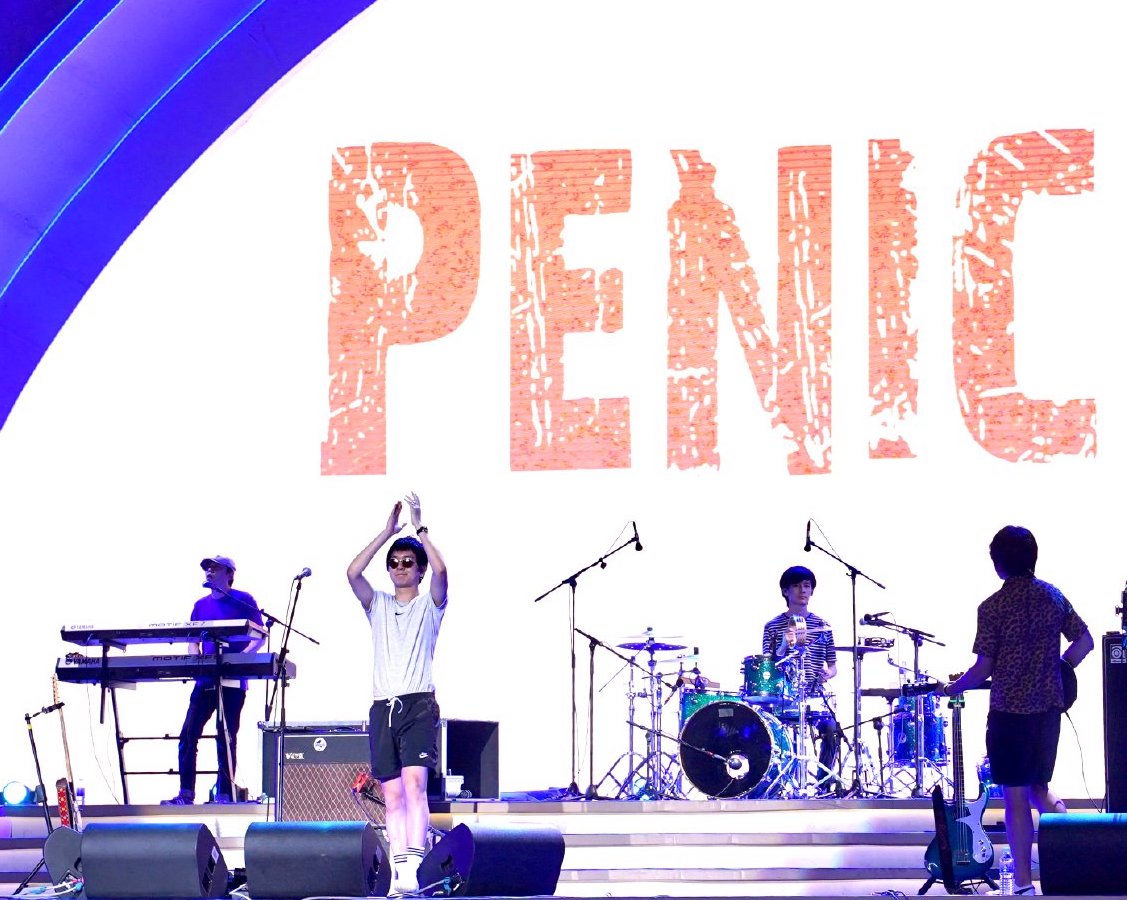 There are different stages with performances at the festival. Image via @帆同学爱摄影/Weibo

In terms of volume, 7.2 million revelers attended the 2019 Qingdao Beer Festival and had consumed over 2.1 million liters of beer by the middle of the second week, as cited by China Daily.

Compare that to 6.3 million attendees at the 2019 Munich Oktoberfest where an astonishing 7.3 million liters of beer was drunk. Nonetheless, the Qingdao Beer Festival is one of the largest beer drinking events in Asia.

In 2020, Oktoberfest was canceled due to the pandemic. However, South China Morning Post reported that the Qingdao festival still ran at a reduced capacity, offering 1,500 different beers and hundreds of live events. 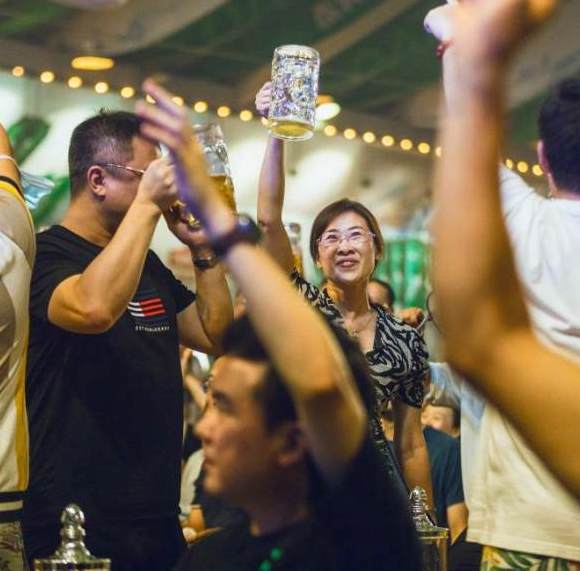 Despite Oktoberfest debuting in Munich more than 200 years ago, Qingdao’s considerably younger festival is no mere copycat celebration.

At the turn of the 20th century, Qingdao was a German naval outpost and the city still flaunts this with notable architectural influence in the Old Town.

German and British settlers founded the Tsingtao (Qingdao) brewery in August 1903. According to the New York Times, the British were wary of the local drinking water and beer brewing served to sterilize it. 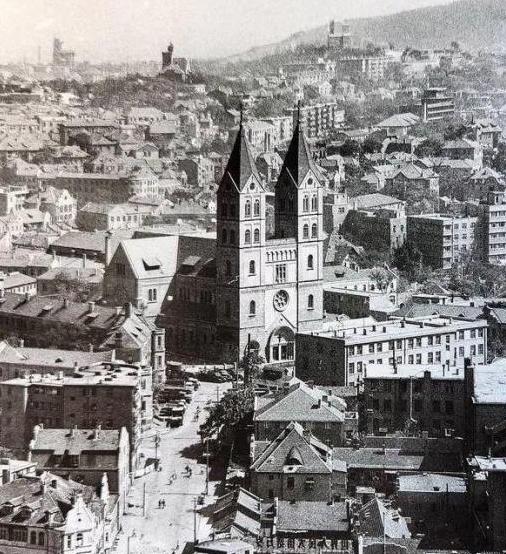 Old and restored photos of Qingdao are shared with the hashtag #青岛老照片展. Image via @-up主/Weibo

The Tsingtao brewery changed ownership through the tumultuous first half of the 20th century before being nationalized in 1949 (the same year baijiu became the National Drink of China). The official Tsingtao website states that the beer is still brewed using the German pilsner technique with water from the nearby Laoshan spring.

Tsingtao has long been China’s most exported beer, despite being recently overtaken by CR Snow beer in domestic consumption.

The Shandong-based brewery was also the first mainland Chinese company to be publicly listed on an international stock exchange, according to Nikkei. Global brands like Budweiser, Corona, Heineken and Carlsberg have always asserted their presence at the festival on Tsingtao’s home turf.

But in recent years, craft beer has also carved out a stake in the Qingdao Beer Festival as it grows in popularity. Craft beer now accounts for 2-5% of China’s beer sales – up from 0.1% just a few years ago, as reported by Time. 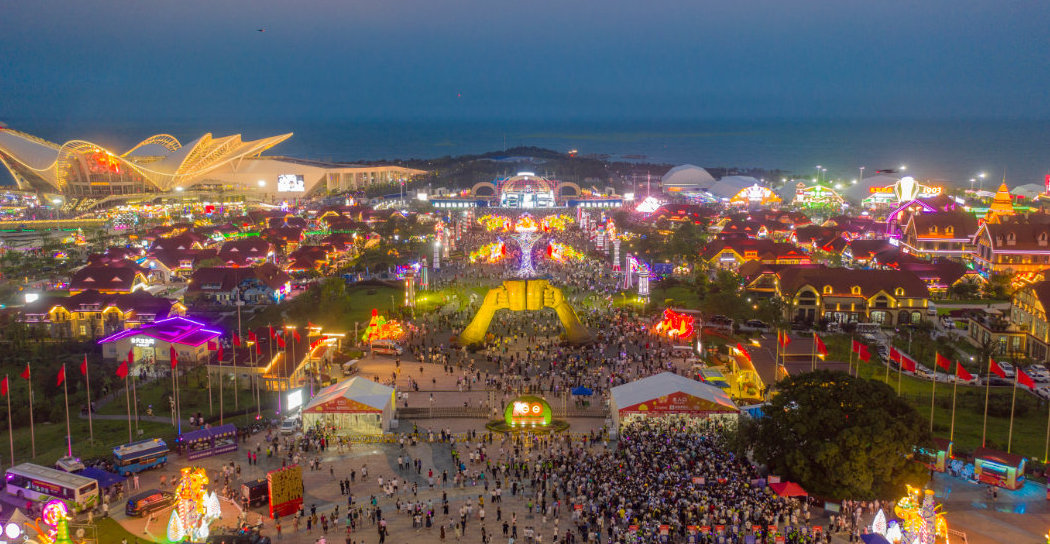 Golden Beach Beer City is one of the main venues for the festival. Image via @青岛精选/Weibo