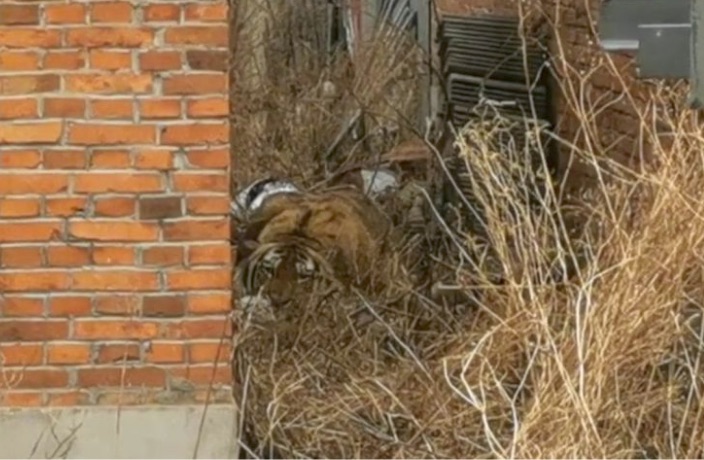 When Zhang Shouzhi alerted neighbors that a wild tiger was loose in Linhu village in northeast China, few believed him until they saw it with their own eyes.

The nearby police unit was alerted to the presence of the tiger on Friday, April 23.

At one point, the wild animal attacked a villager and smashed a car window. The villager was left with minor injuries.

The tiger was later captured by authorities as Linhu residents were told by police to remain indoors for their own safety.

Located around 15 kilometers from the border with Russia, Linhu is part of Baiyuwanzhen in Mishan city, Heilongjiang province. The big cat in question is referred to as a Dongbei tiger in China and a Siberian tiger in Russia. The tiger is now in a specialist facility in Harbin, capital of Heilongjiang. 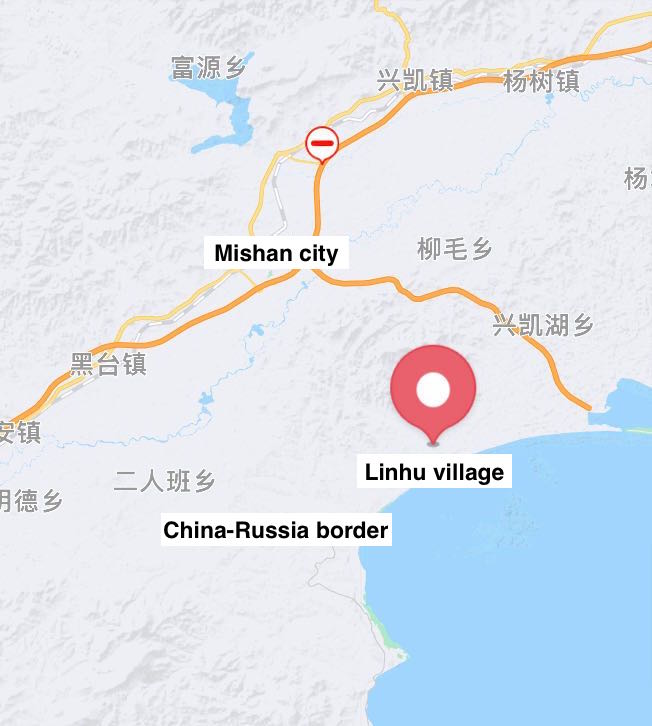 Screengrab via Baidu Maps with edits by Alistair Baker-Brian

A new development in the story came to light on Monday, April 26 as it emerged that Song Xiguo, a resident of nearby Fengmishan village, was given an individual bravery award by the Mishan municipal government. Mr. Song was also awarded RMB20,000 which he says he will donate to charity.

Song told Beijing Youth Daily that he drove to Linhu village to offer his assistance after hearing reports of a loose wild tiger.

He said that after seeing the tiger heading towards an elderly female villager in a field, he “yelled out to her and sounded his car horn” but she didn’t hear him.

After seeing the tiger attack and knock the villager to the ground, Song drove over and told her to get into the car. He later took her to a nearby hospital where she was treated for her injuries.

It’s not the first time in recent years that wild animals have made headlines in China.

In 2016, a video of a tiger dragging away and mauling a woman to death at a safari park in Beijing received international attention. The incident occurred after the woman got out of her vehicle.

A similar incident occurred in 2017 when a man was mauled to death after entering a tiger enclosure at a zoo in Ningbo, Zhejiang province. It is not clear why the man entered the enclosure.

More recently, bank employees in Nanning, the capital of Guangxi Zhuang Autonomous Region received a scare when a python suddenly dropped from the ceiling during a meeting. Fortunately, nobody was hurt.

This latest incident will perhaps dispel any doubts about the dangers of wild Dongbei tigers, at least for residents of Linhu village.