It was 2011 when I first arrived in Shanghai. It felt like the Wild West back then – a new frontier, but rough around the edges and full of excitement and energy. The one thing that was lacking, however – at least for me – was a fitness or sporting community that I felt I belonged to.

Growing up, I played team sports from elementary school, and it was always a constant in my life up through university, basically until I moved to China. Not only do team sports teach physical skills, but they are where life skills come into development too: creating accountability, learning how to be a team player and integrating individuals into a small community in which everyone is made to feel welcome. Coming to a big city without that network to tap into – well, it felt like a huge void in my life.

Now, of course, there were plenty of teams here, but most of them were men-only, which further compounded the feeling of not finding ‘where I fit in.’ And of the women’s and mixed teams in the city, there were very few and typically only one team per sport.

I can remember in my first few months after arriving sitting at one of the bars (the old Shed on Kanding) and talking to a group of male football friends about my vision for more women’s teams in the city and how badly there needed to be at least one female football club to rival that of our male counterparts. 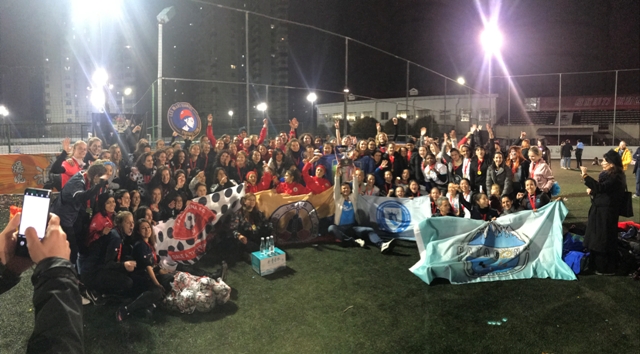 It took a few years, but in 2016 SWIFC – Shanghai Women’s International Football Club – was founded, thanks in large part to the Gaelic club (a special thank you to Peter) who lent us part of their pitch in the heat of August. I had no idea if it would work, or who would come to play in the dead of summer, but as they say “if you build it, they will come,” and clearly I was not the only one in town who was in search of something more on the pitch.

Since that time, in just three-and-a-half short years, and with the help of many devoted members, the SWIFC Queens have grown to not just one, but two teams, competing all over China, finding whatever other women-only clubs we can to play against, and sometimes high school, university and men’s teams too.

One of the first events of the year we competed in was Shanghai’s first all-female international cup – the Mojito Cup – where we played alongside other newly-formed clubs like Les Mariannes, Azzure F.C. and Colombia Candelaria F.C., many of which are competing now in the first women-only league through ASAS and Elony in Shanghai. 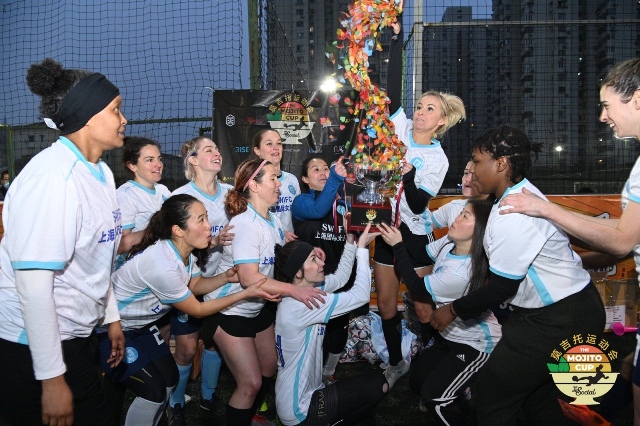 “What should young people do with their lives today? Many things, obviously. But the most daring thing is to create stable communities in which the terrible disease of loneliness can be cured.”

This quote by author Kurt Vonnegut could not be more fitting for this story, but more so than that, the impact of finding ‘your’ community not only provides a platform to connect with like-minded individuals, but it can be a tool for creation, connection, personal development and so much more. And if you don’t believe your community exists, then why not discover who else feels like ‘it's’ missing too? I guarantee you’re not alone in finding your Field of Dreams.

[All photos courtesy of Lauren Hogan]