When you live in a big city, you never expect (at least to the untrained eye) to find a wide variety of animals. Perhaps, depending on your home country, you expect to encounter the usual urban wildlife, like cats, rats, cockroaches, mosquitoes and maybe pigeons or doves. What most people just don’t realize, however, is that there are hundreds of different species coexisting with us in every single corner of our cities.

This is the case of the great city of Shenzhen, the place I have been calling home since 2017, and one that keeps surprising me on a daily basis.

During the past three years in Shenzhen, I have been able to observe and capture with my camera a total of 80 different bird species, including residents, like the common kingfisher, the great and common egret, the pond heron and the abundant bulbul, in addition to migratory ones like the spoonbill or the cormorant. I have also photographed 11 reptile species, like the garden lizard, the Chinese softshell turtle, and the red-necked keelback snake; six amphibian species including the Asiatic toad and the beautiful banded bullfrog; at least seven different fish species, like the Nile tilapia, six different species of mammals, including the domestic cat, the brown rat and the Pallas squirrel; and many invertebrates such as spiders, snails, crabs, butterflies, bees, flies, beetles, praying mantises, cockroaches, dragonflies and more. 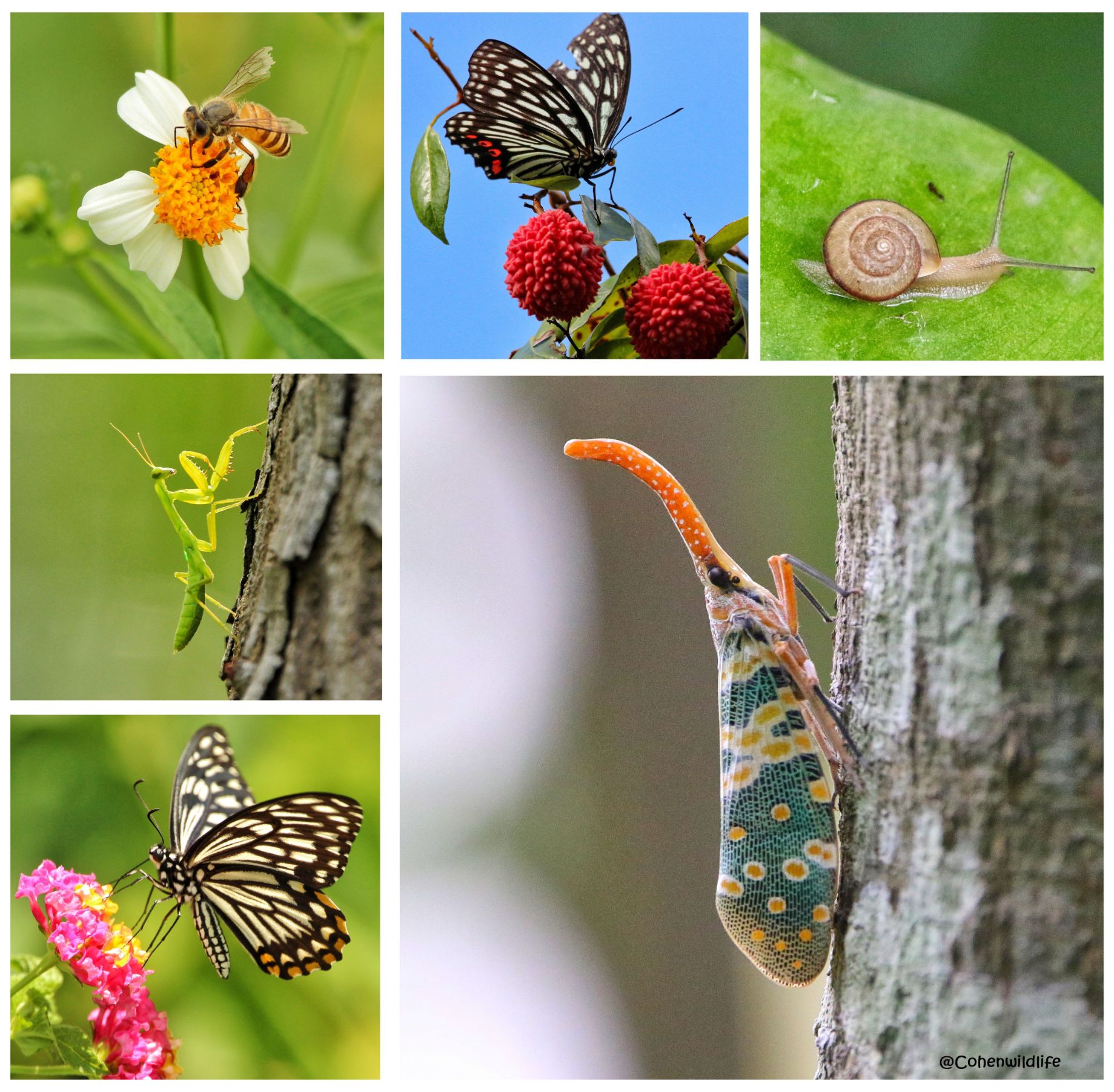 These numbers are impressive and perhaps surprising, as a developed city growing at such a fast pace you’d think Shenzhen wouldn’t be able to accommodate such a level of diversity. Although as I told you before, this is just the tip of the iceberg. Shenzhen has many more reported species that could easily double my list. And yet, all of this is not enough to say that our urban ecosystem is or will ever be very stable, basically because the species are scattered around the city parks and the interactions between the different organisms are limited. Furthermore, to protect the biodiversity we have, it is crucial that as citizens and visitors of parks, we do our share to maintain the fragile city ecosystem.

In terms of ecology, the more interactions there are among different species and the more diverse an ecosystem is, the more stable it becomes – less likely to be negatively affected when one species is added or removed. My aim is to provide some insight into how important it is to protect biodiversity, not only in the city but in any and every ecosystem we find on our planet.

Biodiversity affects things you probably never imagined before, things you might find difficult to believe, but trust me, it does, and I will challenge your faith. What if I tell you that by having a wider variety of species among plants, bacteria, animals, and fungi, you can change the climate of the city? Let me explain with a very simple example. Think about an animal that feeds on grass, a herbivore, whose population is controlled by a predator. Now, if I remove that predator, the herbivore will feel free to reproduce and occupy as much space as it wants, consuming every available resource and affecting the abundance and diversity of plants, perhaps to a point where some plants completely disappear. The loss of plants will increase the amount of carbon dioxide in the environment and thus increase global warming.

Not yet impressed? Think about the recent events with the COVID-19, which is just one of the multiple viruses that exist in nature. One of the most important reasons they do not cause pandemics all over the planet is biodiversity. The more species we have, the more dynamic an ecosystem is thanks to a higher possibility of interactions and therefore the more control there is over pests and diseases. Also, the more genetic variation there is among individuals of the same species, the more chance there is of defeating a disease, due to a natural selection process where the resistant individuals will prevail over those affected by the disease. 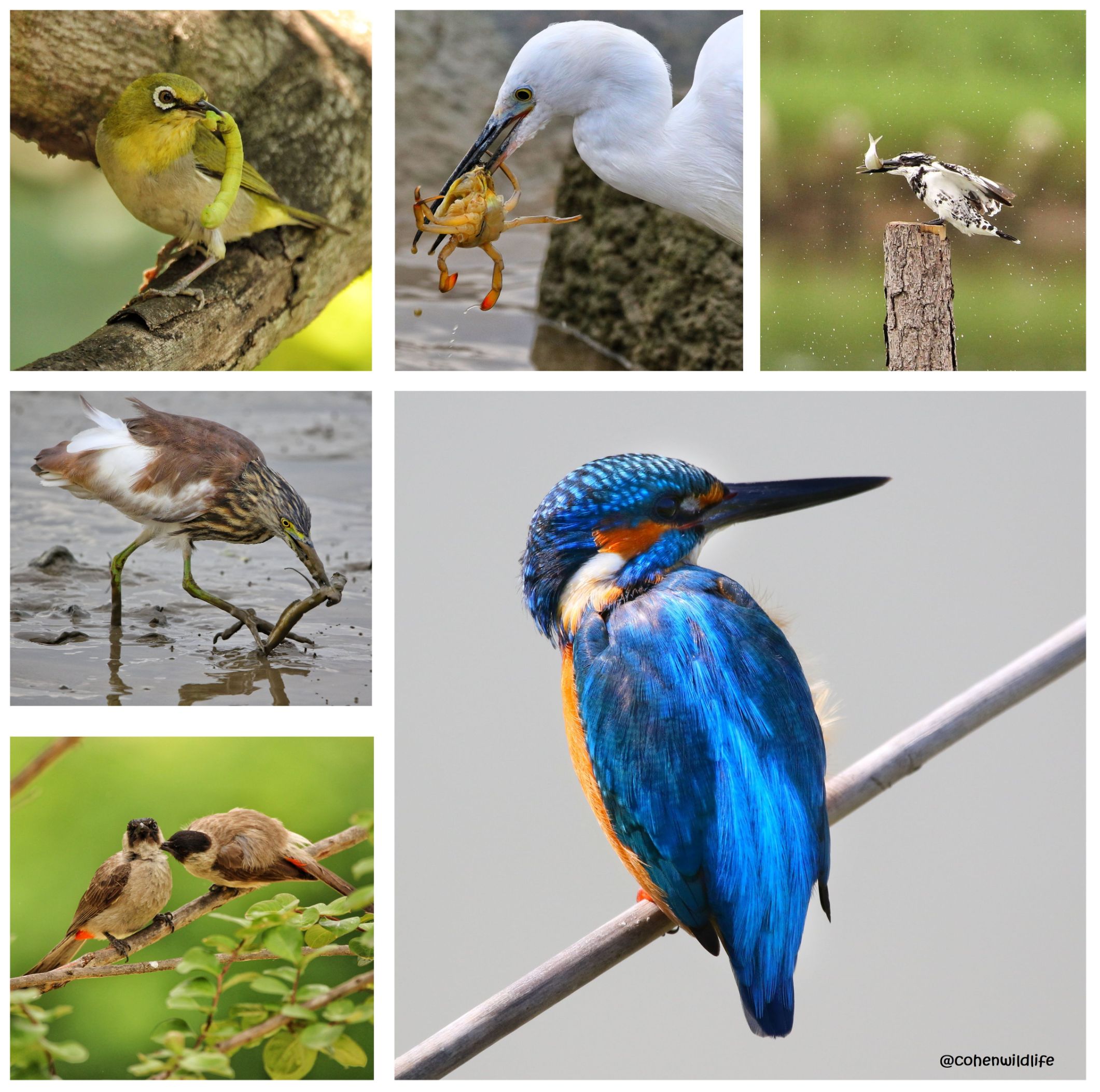 Biodiversity also influences the food we consume, as many plants depend on their interactions with animals in order to reproduce, either through pollination by bees or birds, or the spreading of seeds by animals. The latter requires plants to be digested by a mammal (such as a bat) or a bird in order to help them sprout, so by reducing animal diversity, we are also sentencing those plants to death and with them, we lose all of the potential benefits they could offer us in the future.

It is, then, of great importance to help protect and maintain a great range of biological diversity in our city and on our planet in order to enjoy better and more balanced ecosystems and a greater quality of life. It is also very important to keep animal populations balanced. What does that mean? Well, basically it means that we need to maintain balanced numbers among the species in the ecosystem. One predator controls a specific number of preys, so we need to have more frogs than snakes in order to keep the balance, but that doesn’t mean we can go killing snakes at will because that would cause the population of frogs to grow to a level that could not be controlled anymore.

So it is our job and it is in our power to behave responsibly, to consider the needs of our ecosystem and to give back to nature a bit of what we have been taking from it. Let’s work together to preserve the balance and protect all species around us, whether it is a mushroom, tree, shrub, flower, bird, frog, or even a snake; don’t kill them, don’t take them with you, don’t destroy their habitat, respect animals and plants the way you respect people and always remember, we are talking about our home and the place we are leaving for our children’s future.