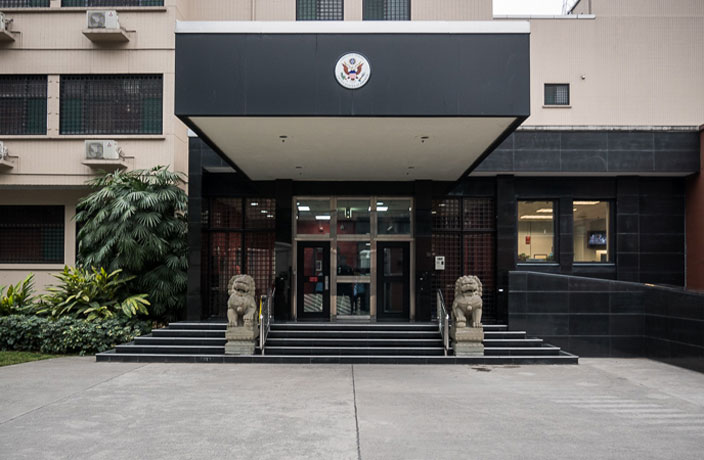 China ordered the US to close its consulate in Sichuan’s capital city, Chengdu on Friday. The move follows a surprising order by the Trump administration earlier this week to close the Chinese consulate in Houston.

The Chinese Foreign Ministry informed the US Embassy in Beijing of the decision to “revoke the establishment and operation license of the US Consulate General in Chengdu,” and called for the consulate to cease all operations and activities.

According to a statement by the Chinese Foreign Ministry, “The above measures are a legitimate and necessary response to the unreasonable actions of the US side. They are in line with international law and basic norms governing international relations and diplomatic practices.”

The Associated Press reported that the Trump administration has alleged Chinese agents made attempts to steal data from US facilities, including medical institutions at Texas A&M University. China has denied the allegations, referring to the claims as “malicious slander.”

Speculation has been brewing over the past few days how China would respond to the closure of its consulate in Houston. State-run newspaper Global Times even created a poll on Twitter asking users which US consulate in China was most likely to be shut down. 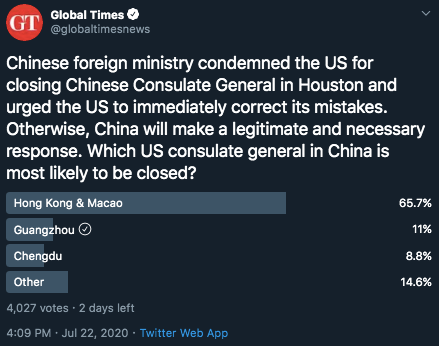 The US consulate in Chengdu opened on October 16, 1985, with consular jurisdiction of Sichuan, Yunnan and Guizhou provinces as well as the Tibet Autonomous Region and Chongqing. Roughly 50 US diplomats are stationed at the consulate during pre-pandemic times, with an additional 150 Chinese national staff members, as cited by ABC News.

There are four remaining consulates on the Chinese mainland in Guangzhou, Shanghai, Shenyang and Wuhan, as well a consulate based in Hong Kong for China’s two special administrative regions: Hong Kong and Macao.

[Cover image via US Embassy & Consulates in China’s official website] 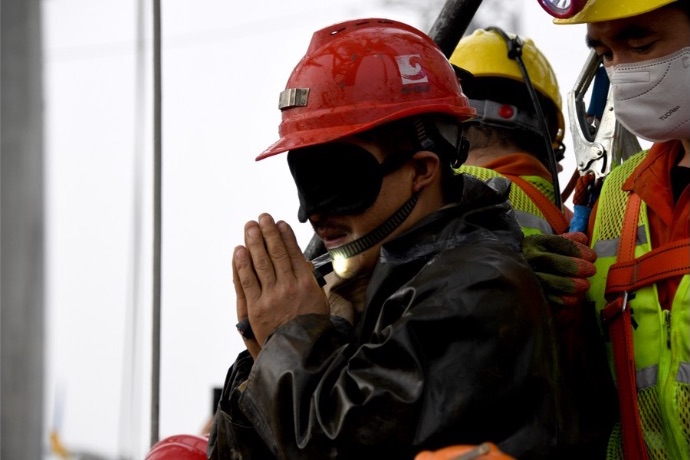