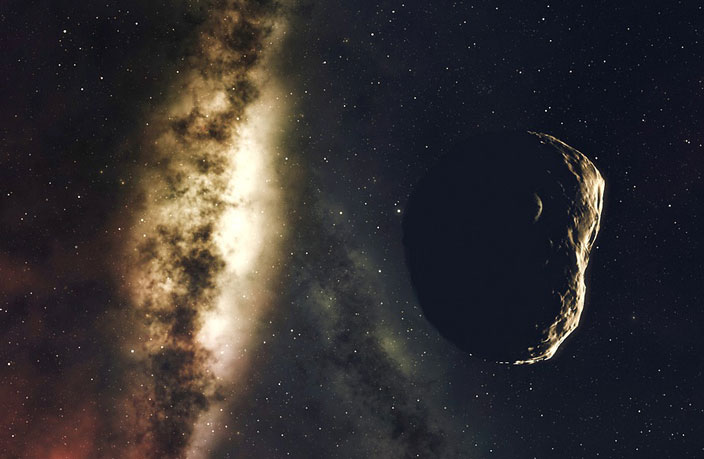 If Judgement Day were to arrive at our humble galactic home in the form of a giant asteroid, suffice to say it would be very, very bad for our species and Earth’s other inhabitants. Luckily for all of us, the fine folks at the National Space Science Center (NSSC) under the Chinese Academy of Sciences have a plan – and it doesn’t involve Bruce Willis or a nuclear bomb.

According to China Daily, Chinese experts have proposed a new method of protecting our planet from a devastating asteroid strike – “enhanced kinetic impact.” The technique involves using an unmanned spacecraft to collect more than 100 metric tons of rocks from a nearby asteroid and then using them to strike an asteroid that is on a collision-course with Earth.

The researchers have devised simulations that indicate enhanced kinetic impact is a more effective method of preventing a world-altering asteroid strike than a tradition kinetic impaction scheme (hence the use of the word ‘enhanced’).

NSSC’s Li Mingtao has noted that the new solution is not limited by the need for a ground-based launch for an impactor, which should significantly increase our ability to respond to a large asteroid, according to China Daily.

According to the Planetary Society, there are a number of potential methods for dealing with an asteroid bound for Earth: