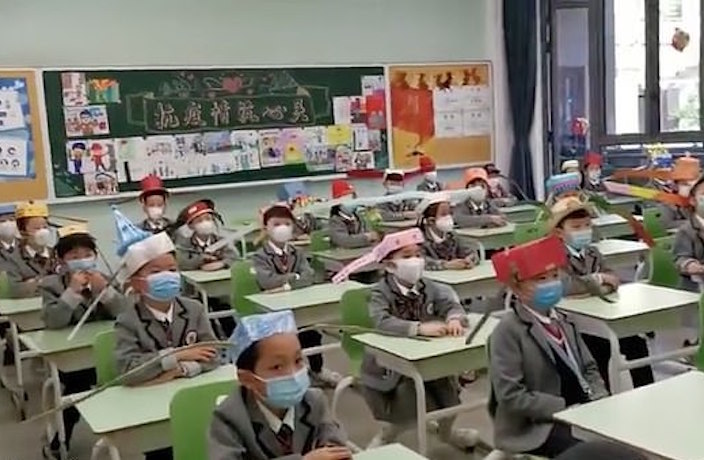 How’s this for a clever idea?

Students at an elementary school in China’s Zhejiang province were spotted wearing ‘one-meter hats’ in order to practice social distancing in the classroom.

The creative project was the perfect way to kick off the first day of the new semester at Yangzheng Primary School in Hangzhou. Following three months of lockdown due to the COVID-19 pandemic, students in Years 1 to 3 were finally able to return to campus on April 26, according to local media reports. 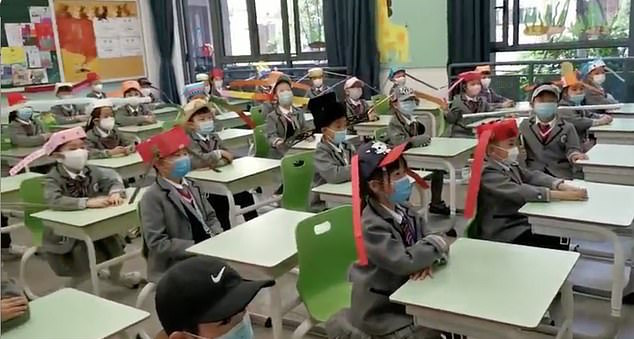 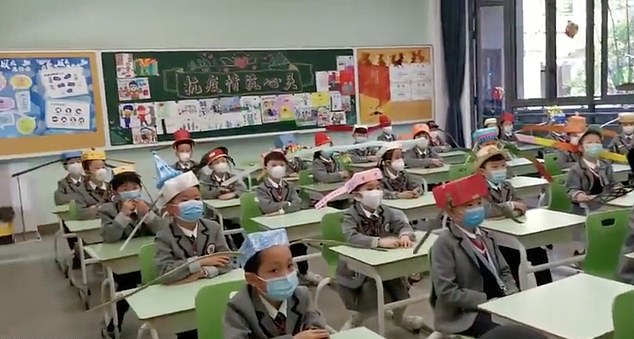 The school’s headmaster, surnamed Hong, told the press that the DIY quarantine hats were a fun way to help classmates keep a safe distance between one another.

“We encourage our students to wear the hats to stay at least one meter away from each other,” said Hong.

Teachers assigned the project ahead of time, allowing students to make the hats together with their parents at home. Students used balloons, cardboard and other colorful decorating materials to design their cute creations. 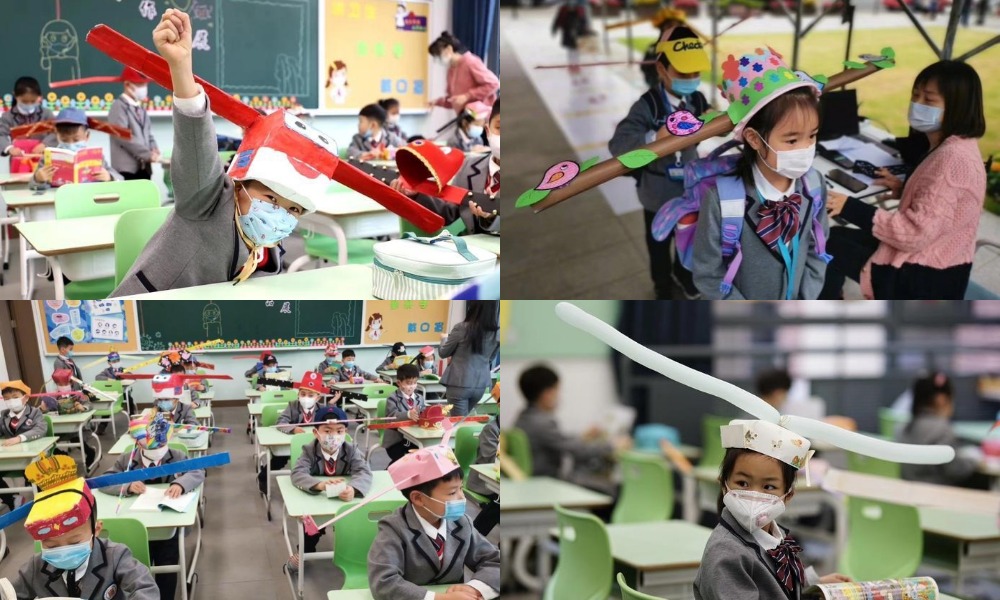 The stylish hats bear a striking resemblance to ancient headwear from the Song Dynasty. Officials in the 13th century often wore black hats with long wing-like flaps, which were said to prevent court gossip by keeping distance between assembly members.

Further proof that some fashion trends are timeless. 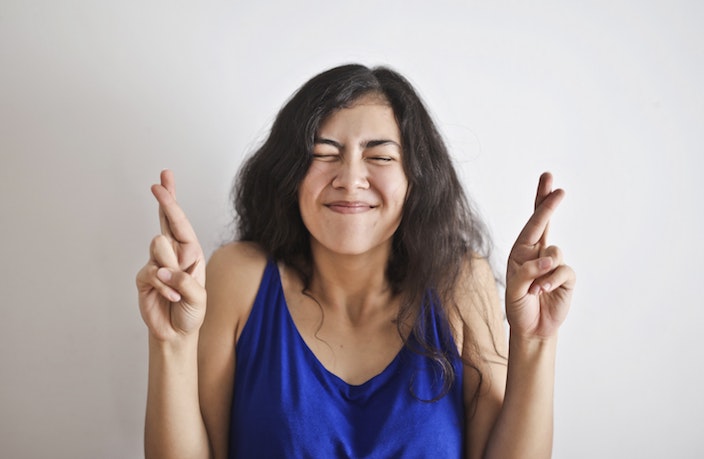