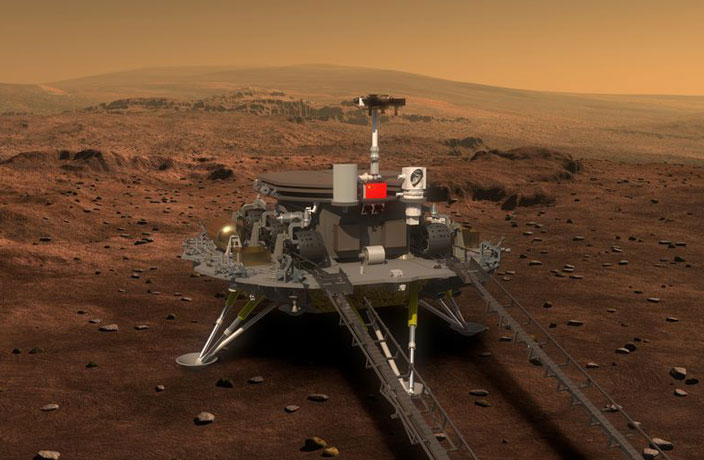 The mission’s name is an ode to the poem Heavenly Questions (天问), attributed to Qu Yuan, a legendary Chinese poet and advisor in the court of Chu during the Warring States period. As is given away in the title of the poem, Heavenly Questions contains verses in question format addressed to tian (heaven) that delve into Chinese mythology and the ancient culture of China. In his research paper, titled Heavenly Questions and “Heavenly Destiny”: A Study of Tianwen, Dongming Wu notes, “Tian Wen starts by describing the cosmos, which provides a cosmological order for ancient people to imitate on the earth.”

Those well versed in Chinese history may also recall Qu Yuan as the legend behind Dragon Boat Festival.

China Daily reports that the launch is planned for 2020, although no specific date is provided. This mission will orbit, land on and rove the red planet.

The announcement was made on China’s National Space Day, marking the 50th anniversary of its first satellite launch into space on April 24, 1970.