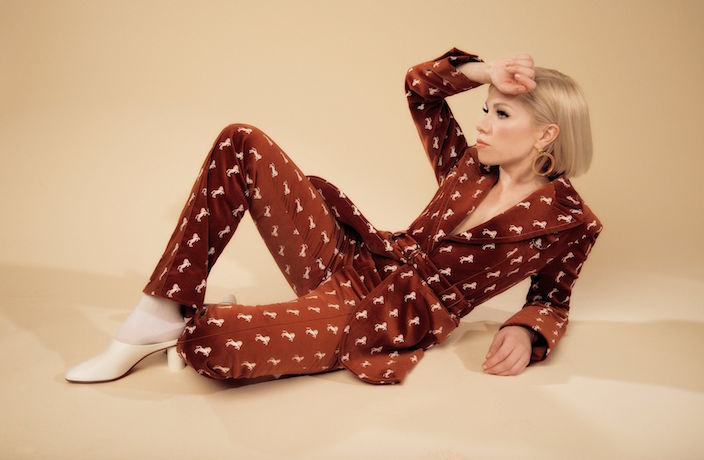 Talking to Carly Rae Jepsen is like listening to one of her albums: warmth, sweetness, flashes of fun and genuineness throughout. The Canadian pop star writes and performs a brand of pop so unaffected and genuine that it would be embarrassing if performed by anyone else. This has been her trademark since 2015, when her album Emotion transformed her from ‘Call Me Maybe’ girl to a critics’ darling with a cult following.

Jepsen performed in China last year as part of the Grammy Festival in Beijing, but returns now for a full tour supporting her latest release, Dedicated, an album that adds a layer of sultriness to the standard Emotion set (’80s-inspired, so-heart-on-its-sleeve-it’s-disarming). Calling in before her show in Edmonton, Canada – she was in an effervescent mood, having just given her baby cousins a tour of the stage – Jepsen discussed sincerity with a bubbly sweetness that proved hers is for real.

Are you looking forward to returning to China?
I cannot wait to come back to China. It’s unlike anywhere else I’ve ever been. In Beijing we went and tried all the food that I’d never tried, and I also got a day off just to walk around. I’m very, very excited to come back.

One thing we noticed at your show in Beijing last year is that a lot of people sang along. Tell us about that experience.
That experience blew my mind. All of us were like, “We had no idea anyone would know who we are, let alone the music!” Being in a place I hadn’t visited much before, it really warmed my heart to know that people had listened to the album and showed up ready to party with us.

Is singability something you think about when writing songs?
Um, no, not exactly. I definitely think when it comes to pop as a category of music, you’re trying to find something that’s catchy and hooky and gets stuck in your head. Something that you can relate to on a level that hopefully everyone connects to. I’m thinking about  those things, but I’m not necessarily thinking of whether it’s easy to sing or not. 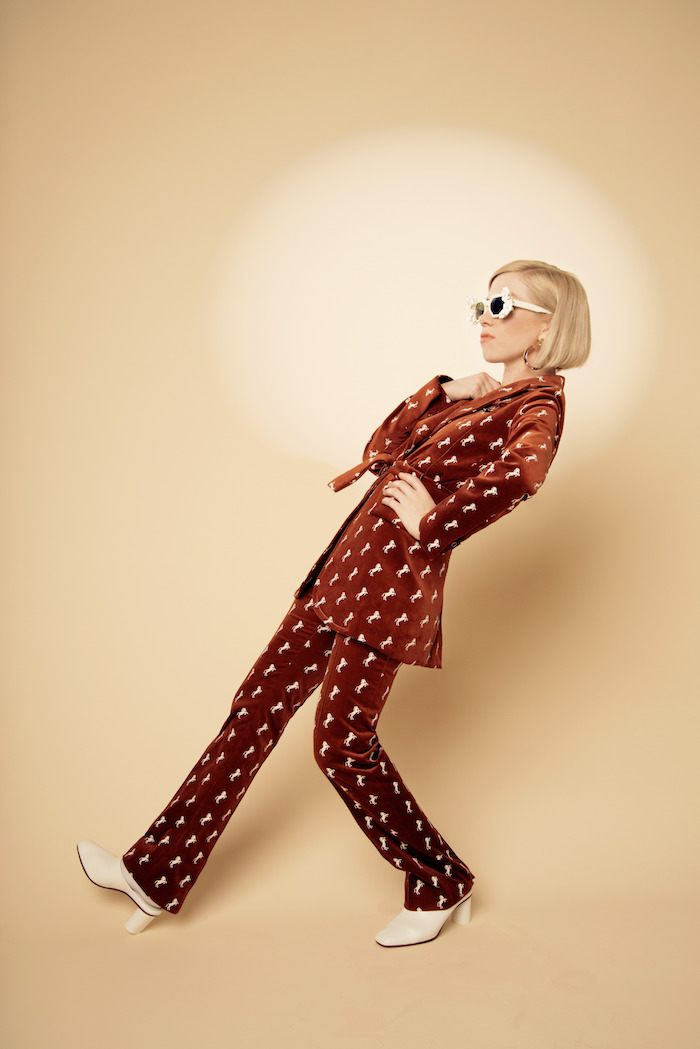 How is the Dedicated tour different from tours you’ve done in the past?
I think my confidence has grown a bit, just as a performer, I’m glad to say. The first time I opened for Justin Bieber, I was still wondering, like, Where does one put their arms? What do I do up here?! It’s taken years of trial and error and being on the road touring Emotion very heavily to get to a place of comfort with it. But by the time this album came around, I was really hungry to be back onstage.

You’ve done a decent chunk of your tour for Dedicated already. How’s that going? Are there any songs in particular the crowds are responding to?
It’s been the most enjoyable tour of my life so far, just getting to have two albums’ worth of material to play through with Emotion and Dedicated now, which fit together better than I thought they would. The highlight, which surprises me, is that ‘Want You In My Room’ [the high-energy ’80s jam produced by Jack Antonoff] gets a really great reaction.

You draw so much inspiration from the ’80s. What is it about that decade that inspires you so much?
It’s a time of really heartfelt music. It’s really emotional and everything’s dramatic and over-the-top and fantastical. I write that way naturally myself. When I discovered that I could play in that era a bit, and pull some of the retro-ness out of there and twist it into a new thing, I was really excited.

Given we’re in 2019, how do you see your music fitting within today’s pop landscape?
You know, I don’t worry too much about that. I think as long as any artist is making music that they’re attracted to naturally, there’s going to be a crowd that finds them. I long ago stopped thinking of writing as this competitive sport where you’re trying to think of what’s next or what’s fresh. I just want to offer something fresh in the arena that I play in, taking retro styles and reworking them so there’s still a modern twist to it, so that it’s authentically my own.