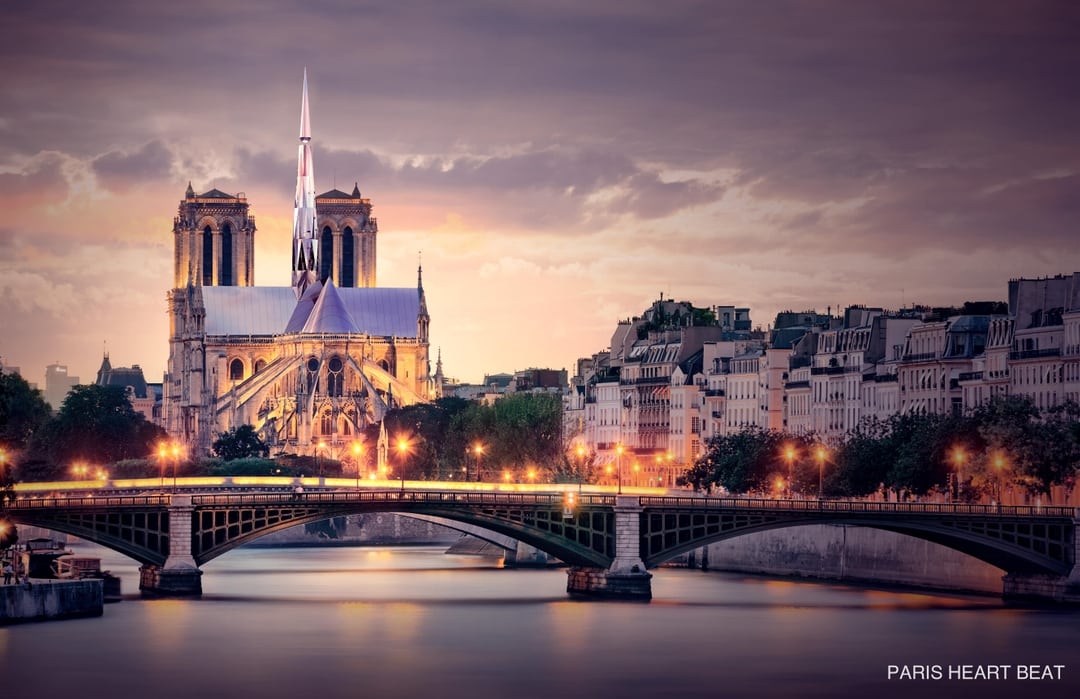 On August 1, a team of two Chinese architects won a design contest pitched for the new look of the roof and spire of Notre-Dame de Paris, which were devoured by a blaze on April 15 this year, Southern Weekly reported. And it seems 850-year-old Our Lady of Paris will be getting a modern look rather than a redo.

A bold design by Cai Zeyu and Li Sibei emerged from a bevy of submissions as the winner at The People’s Notre-Dame Design Competition. The contest was organized by independent publishing company GoArchitect soon after the huge fire, which attracted over 200 designers from 56 countries and motivated more than 30,000 people to sign up and vote for their favorite designs.

“The new spire is interpreted into poly-mirrors based on the classical proportions and octagonal geometry of the original Viollet-le-Duc’s spire, gently reflecting the context together with the mirror roof. Every moment, the building will have a new look, matching the changing urban environment... A time capsule, designed to be open every half century, is floating at the top of the spire. The magnetic levitation high-tech installation keeps the memory for the past and reserves the space for future story. The spire’s tip, symbolizing the Paris heartbeat, moves rhythmically up and down, breathing and beating together with the city.” 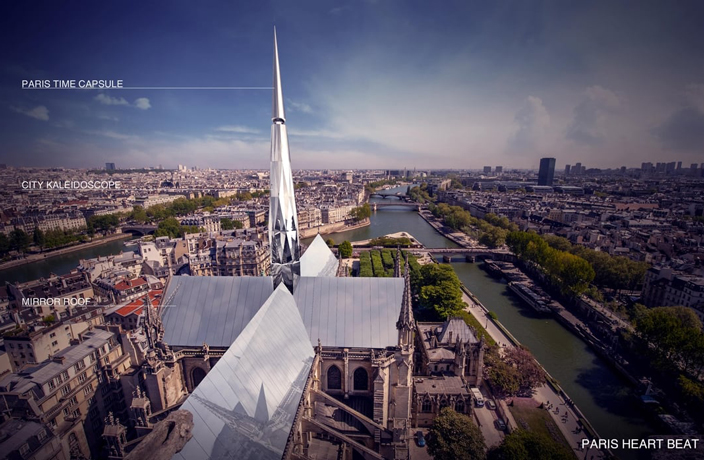 Both Cai and Li studied architecture at Cornell University in New York, and they had visited the medieval Catholic cathedral before its roof and spire burned down. “We were impressed by the grandness, beauty and the peaceful atmosphere that Notre-Dame creates,” they told GoArchitect. Currently, the two Chinese architects work for Skidmore, Owings & Merrill LLP, a Chicago-based architecture firm.

Century-old buildings with contemporary add-ons are not uncommon in Europe. One of the most famous examples is The Black Diamond in Copenhagen, a modern waterfront extension to the Royal Danish Library’s old building that was built in the 17th century.