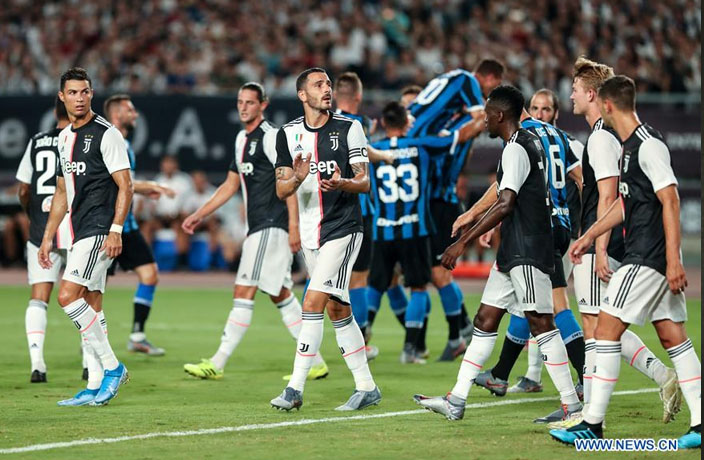 Veteran Italian keeper Gianluigi Buffon was the hero for the Old Lady as his hatrick of spot kick saves saw Juventus beat Inter Milan on penalties in the International Champions Cup.

Andrea Ranocchia, Samuele Longo and Borja Valero all saw their spot kicks saved by the 41-year-old stopper, before youngster Merih Demiral stepped up and fired home to give the 37-time Italian champions the victory.

New Juve signing Matthijs De Ligt had earlier netted his first goal in the black and white of the Bianconeri. Sadly for the young Dutchman though, it was past Wojciech Szczesny and into his own net to give Inter the lead from a corner.

Five-time Balon D’Or winner Cristiano Ronaldo equalised for Juventus as his powerful free-kick took a slight deflection off the wall and looped over Daniel Padelli in the Inter net just after the hour mark.

CR7’s goal was to the delight of nearly everyone inside the Nanjing Olympic Sports Center, the stadium erupting when Juve’s number seven celebrated in traditional fashion.

The forward’s support was something that he was clearly thrilled with at full-time, commenting: “It’s amazing, it is a pleasure to be here. We like being here. The Chinese are fantastic, and they give support to myself and Juventus a lot.”

Ronaldo was incensed moments prior, as Chinese referee Lei Zhang waved away the Portuguese forward’s appeals after he was brought down under a challenge from Stefan De Vrij in the area.

Cheers and screams echoed across the 62,000-capacity stadium every time the former Real Madrid man touched the ball, but he was unable to find a second and so the game went to the dreaded penalty shootout.

Up stepped Buffon to roll back the years, and he provided a series of top notch saves to give Demiral the chance to win it.

Juventus’ Adrien Rabiot and Federico Bernardeschi also missed their penalties in the shootout, but the reigning Serie A champions eventually won 4-3 thanks to successful strikes from Cancelo, Ronaldo, Emre Can and Demiral.

Former PSG midfielder Rabiot spooned his spot-kick miles over before Italian Bernardeschi saw his penalty crash back off the crossbar.

Inter boss Antonio Conte was full of credit for the local supporters, commenting: “The Chinese fans are special; I was surprised by the great affection we were shown.

“It was an honour to play this match in Nanjing. I am really pleased by the atmosphere, and I’d like to thank the fans for the warm welcome.”

This evening sees Manchester United face Tottenham Hotspur at the Hongkou Football Stadium in Shanghai in the ICC. 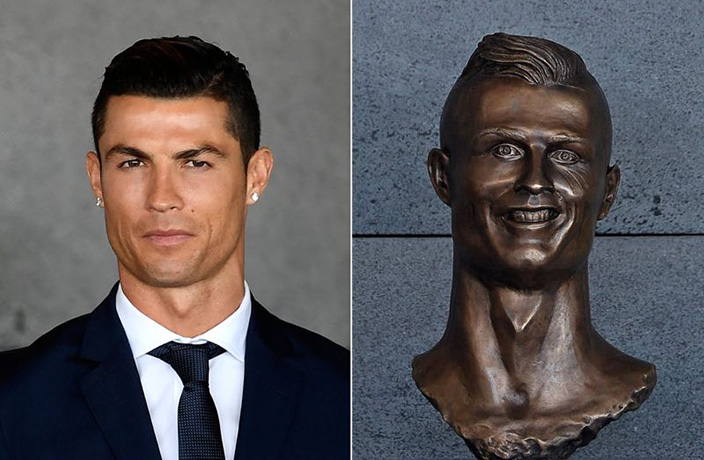 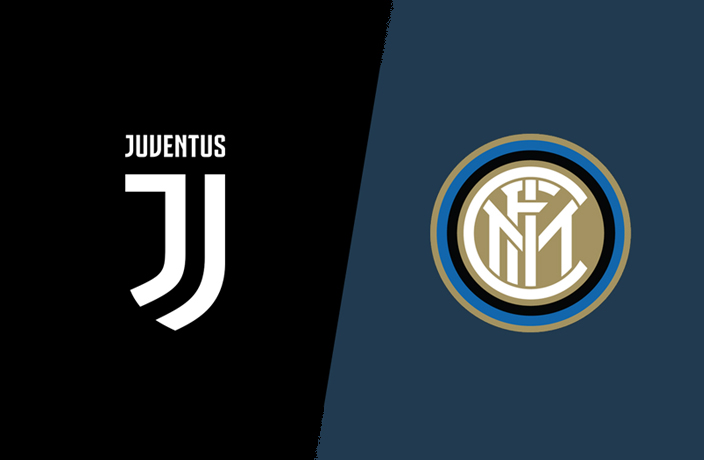 Ronaldo's Juventus to Play Inter Milan in Nanjing this July 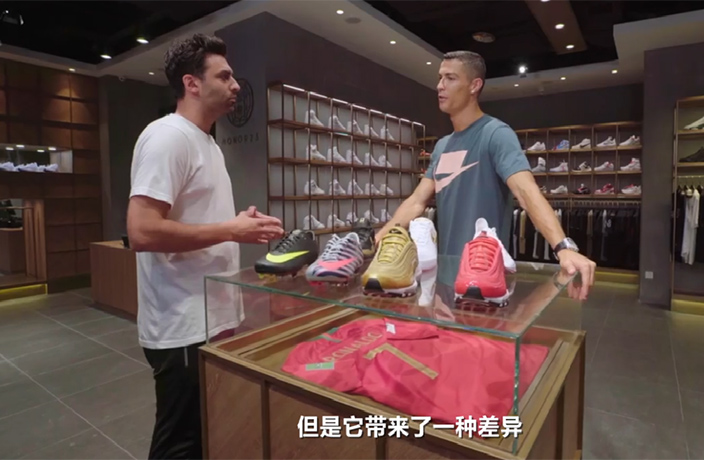 The world-renowned Portuguese footballer shared stories behind some of the sneakers he owned as a kid.

These 10 heroes were bright spots in an otherwise grim year.

Ronaldo kicks the ball around on the Bund.

The suspect threatened to take the plane, and its 200 passengers, down because he had recently been fired.

This real life hero scales the side of a building to save a toddler hanging by his neck!