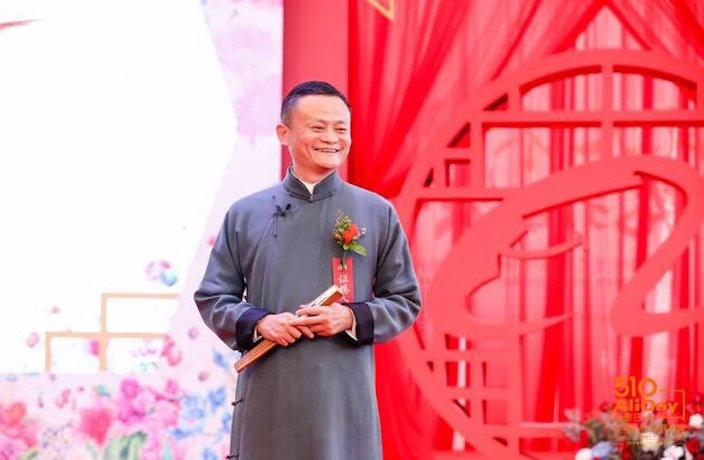 Another day, another set of head-scratching remarks on 996 culture from Alibaba founder Jack Ma.

“At work we emphasize the 996 spirit, and in life we want 669,” Ma was quoted as saying during a toast at  Alibaba’s annual mass wedding, which takes place every year on ‘Ali Day’ (May 10). Over 100 couples took part in this year's group ceremony, with Ma acting as the officiant.

“Six times in six days is the key to a ‘long’ (jiu) time,” he added, in a play on words. (In Chinese, the number nine is a homonym for ‘long lasting’).

The quote was posted to Alibaba's official Weibo page with a winking emoji. 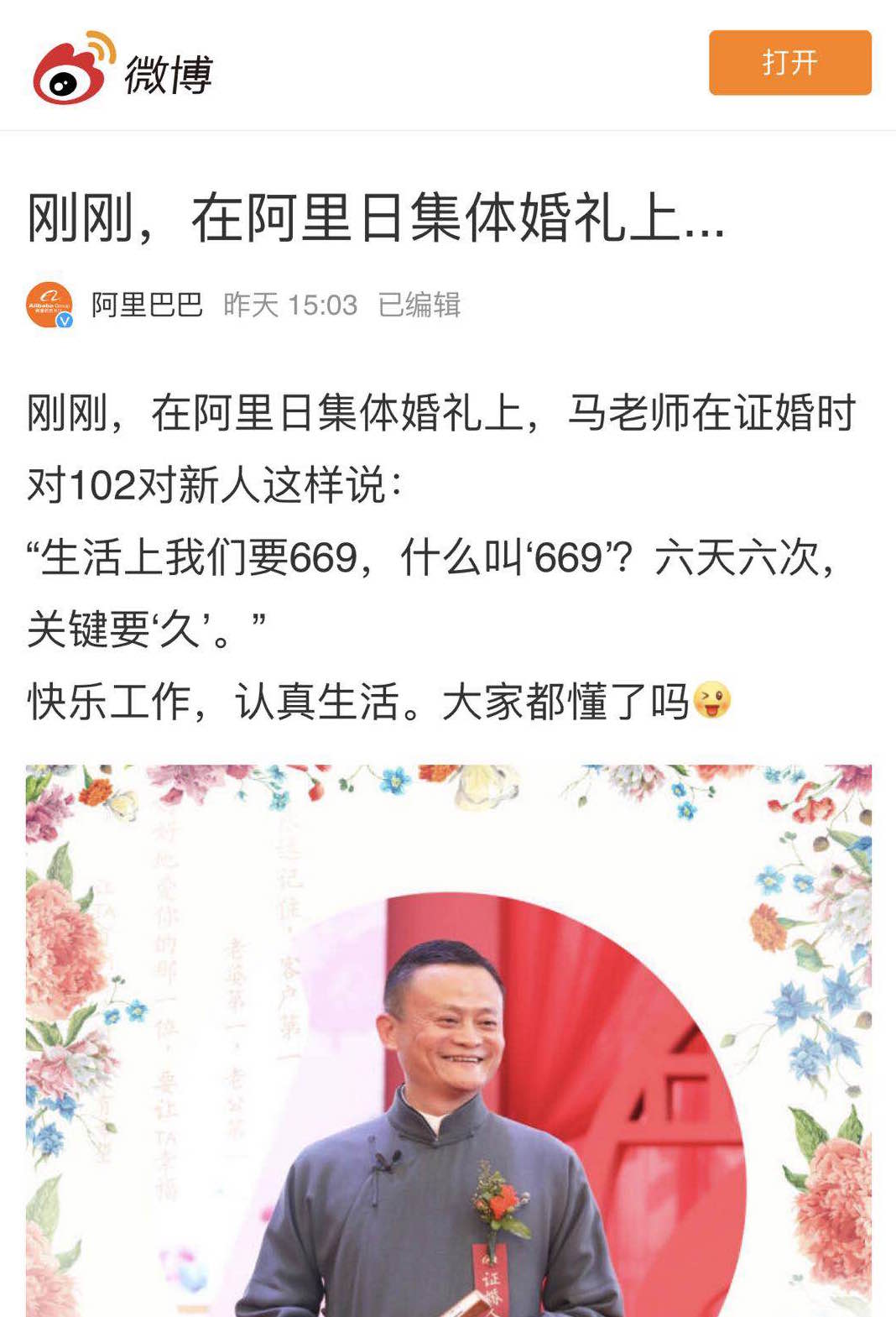 The concept of ‘996’ refers to a tech industry phenomenon in which employees are expected to work from 9am to 9pm, six days a week. Ma came under fire for vocalizing his support for the demanding schedule in a controversial interview last month.

During the ceremony, Ma also encouraged the newlyweds to go forth and procreate.

“The first KPI of marriage is to have results,” Ma told the crowd of 102 couples. “There must be products. What is the product? Have children.”

“Marriage is not for the purpose of accumulating wealth, not for buying a house, not for buying a car, but for having a baby together. Always remember that everything could be others, could be fake. Only the child is the real thing. Have more children!”