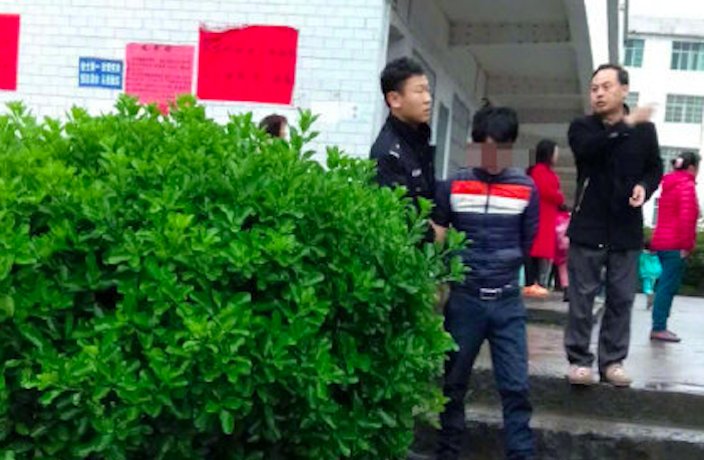 A horrific knife attack took place this morning in Ningyuan county, Hunan province as a man, surnamed Zheng, attacked students at Wanquan Elementary School in Baijiaping town, killing two and injuring two others, before being arrested by police and taken into custody.

Local villagers have reportedly claimed that the man had a history of mental illness, and authorities are set to perform tests to identify the man’s mental well-being.

The attack took place early in the morning, at 7.16am on Wednesday, April 3. The two injured students were taken to the hospital after the lethal attack, where they are now receiving treatment. A report from the local police states that the injuries are not life-threatening.

Footage and pictures of the injured children has been circulating on Weibo this afternoon, with one victim seen lying on a gurney in an ambulance, their head wrapped in bandages and blood covering the side of their face.

Tragically, this is far from the first attack of its kind. In the past year, multiple schools around China have been at the center of deadly knife attacks, including a kindergarten in Chongqing in October 2018, when a 39-year-old woman injured 14 students.

Similar to that previous incident, video footage of the aftermath of the attack shows onlookers crowding around the gates of the school. Classes for elementary school children in China generally run from 7.30am until 5pm.

In the aftermath of the attack, netizens took to Weibo to voice their concerns over the security of schools, with one user commenting, “Why aren’t school security measures improved? Children are the most vulnerable group of people. Can anyone just enter a school?”