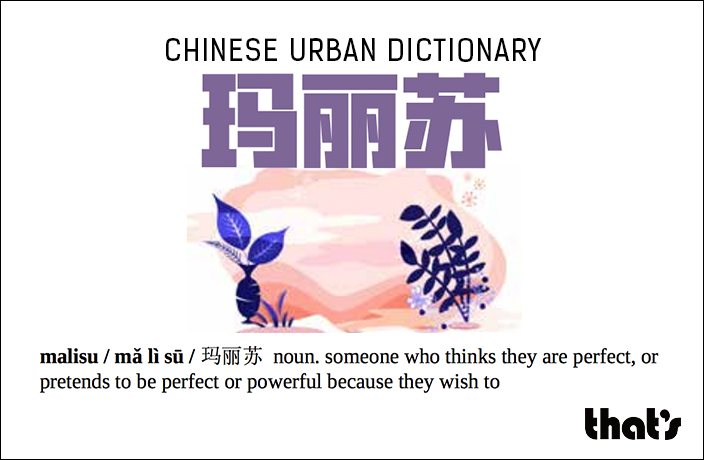 Malisu / mǎ lì sū / 玛丽苏 noun. someone who thinks they are perfect, or pretends to be perfect or powerful because they wish to

A: My dad says he never feels safe abroad because he is the country’s most prized spy in history.

B: But you guys just took a vacation to Italy. Did he feel safe there?

A: Yes, but he said that is only because he is a double agent.

B: Your dad is the oldest malisu I know.

As your friend who’s getting an MFA can tell you, Mary Sue is a trope in literary fiction, referring to a character so idealized and perfect that it can only be out of the author’s imagination. (Your friend who’s onto his second MFA can tell you that there are tests you can take to avoid having a Mary Sue in your novel.) These characters are often wounded but charming, intriguingly good-looking and always have the perfect witty comebacks. Mary Sue is the literary wish fulfillment of the author.

But life in China is stranger than fiction. It turns out that many young people in China believe they live in a novel or film where they are either the main character or the best character in an ensemble cast. (They did all grow up watching TV shows that have easily up to 300 episodes after all.)

This happens so often that malisu, the phonetic translation of Mary Sue, is used to describe them. And those moments in life where they do have the perfect witty comeback or managed to be interesting are called malisu moments, which only serve to prove to a malisu that they are right.

A malisu can be a girl who, despite having never talked to the most popular boy in class, believes that the boy was secretly in love with her. A malisu can be a guy who works a boring 9-to-5 job but believes that he is actually the world’s most able spy. A malisu is someone who is convinced that they are secretly the king or queen of a kingdom and living a life undercover. Or someone who believes that one day they really will finally find out what their superpowers are. Or someone who is sure they used to be the leader of a secret order of samurais before getting amnesia.

Honestly, who doesn’t fantasize about finding a ring one day and ruling the world, or getting bitten by a spider and fighting crime (while getting rid of your annoying parents)? But it might not be the healthiest thing to live your entire life as if you are a fictional character, kids. Maybe growing up is all about getting your head out of the clouds and bringing those feet back onto the ground. 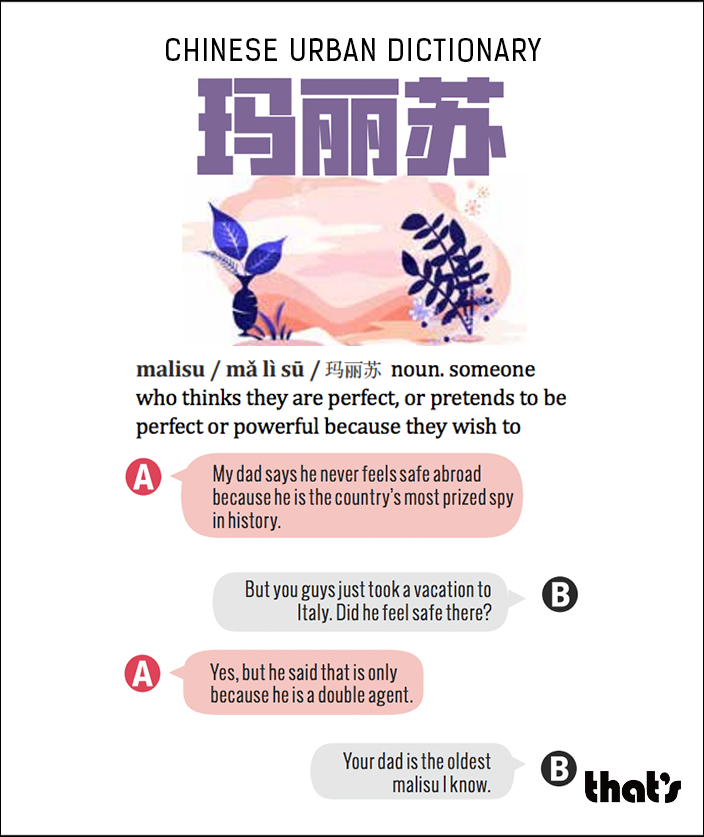