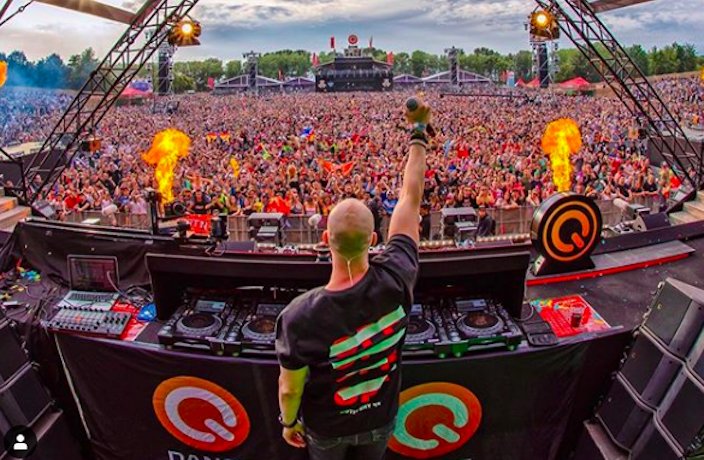 The Sound of Q-Dance is coming to Shenzhen this weekend and we couldn’t be more excited. This awesome hardstyle event is organized by SHOCK and Qlimax, two of the largest hardstyle promotors in the world, and promises to be a raucous evening of intense electronic music.

Dutch DJ Ran-D, aka Randy Wieland, is one of the biggest names in hardstyle today. While he performs alongside compatriate Adaro as Gunz for Hire, he is also globally renowned for his raw and heavy solo work. Here, he tells us a little bit about his life in hardstyle, his early influences and his experiences while touring in Asia. 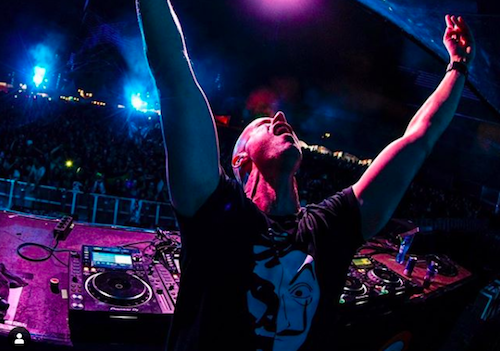 How did you begin your career in hardstyle? And what were your early influences?
Back in 1999, I visited Innercity, a big event in the RAI Exhibition and Convention Center in Amsterdam, where I saw Tiesto play for the first time. I was in the front row, and that’s when I decided I wanted to become a DJ. After that, I bought some turntables and started to buy vinyl.

Slowly, the number of gigs I played around Holland increased. I quickly realized that I wanted to make my own tracks, and I started to build my own studio. By accident, some guys that owned a small Dutch record label took my vinyl bag instead of their own. When I called them, I told them to have a listen to a CD with my own productions in the bag. They liked it, and this encounter resulted in my first release on vinyl.

My first really big break was when I joined A2 Records, which later became a part of the still well-known hardstyle label Scantraxx. My releases on this label came to the attention of Q-Dance, one of the biggest hardstyle promoters in the Netherlands and the world. They gave me the chance to play at Qountdown, a New Year’s Eve event in 2008. That’s when my career really took off.

You recently released a track titled ‘Nirvana.’ Can you tell us a bit about why you chose that name?
The track ‘Nirvana’ has a story to it. When I was making this track, the mother of one of my best friends passed away from cancer. We wanted to create a track for her, and this ultimately became ‘Nirvana’. The majority of the lyrics come from a quote by Steve Jobs, who also passed away from cancer. I found the lyrics really inspirational, and felt they could have been words coming from my friend’s mother, since she was a really strong person and always really positive. When I was searching for a title for the track I came across the term nirvana, which means ‘a state of enlightenment, where a person’s individual desires and sufferings go away.’ So, a place of perfect peace and happiness. I found that this really fit the story of the track. That’s why I called it ‘Nirvana.’

Hardstyle is a genre of music that is bound up in performance and partying. When you produce and make tracks in the studio, how do you get that same energy going?
For me, performing and making music are a great combination. There is no better feeling for me than playing a new track at an event for the very first time, and getting a great crowd reaction. When I produce a track, one of the aspects I always take into account is ‘how will this communicate on the dancefloor, and how will this play out in a club or at a big festival.’ For me, hardstyle is the best party music in the world. The euphoric melodies, the heavy kicks, the raw sounds, they all give you so much energy. So you can imagine when I’m in the studio, mentally I’m capable of getting into the feeling of being on stage.

So clearly you’ve done quite a bit of traveling around the world and throughout Asia. Who are your favorite fans on the continent, and how do Chinese music fans measure up?
The thing I notice, wherever I travel in the world, is that hardstyle always gets a lot of good energy out of the crowd. It may sound corny, but I think music is this universal language that we all speak. It connects people and communicates in a really primal way. That’s why hardstyle music has a large following all over the world.

I think hardstyle is just getting started in China and the rest of Asia, and that’s really exciting for me! I can’t wait to show you guys new tracks from my upcoming album, We Rule The Night, and I’m really looking forward to my tour in China in January. Much love to the Chinese hardstyle community, and I hope to see you at one of my gigs.

To see Ran-D at The Sound of Q-Dance in Shenzhen, click here or scan the QR code below: