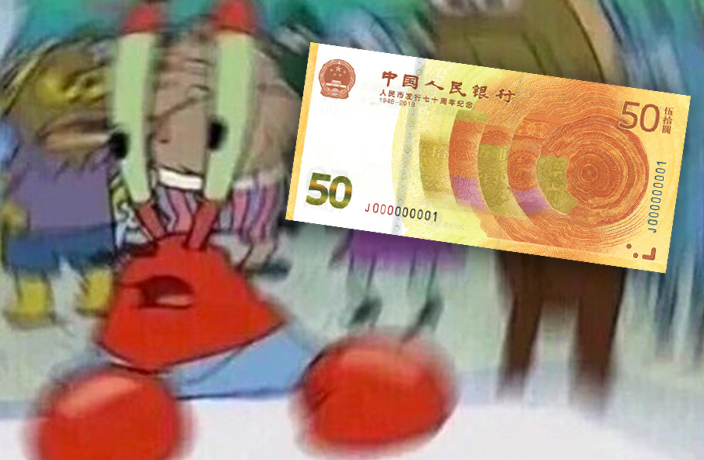 The People's Bank of China (PBOC) is issuing a new RMB50 note, and it is truly trippy.

The limited edition commemorative bill is being released in honor of the 70th anniversary of the renminbi. The front side of the bill features a hallucinatory illustration that's apparently intended to represent the rings of a tree. Each ring is filled with patterns used in the first through fifth editions of the renminbi. Art!

We don't see it. Image via PBOC

Meanwhile, the back is adorned with a decidedly less exciting rendering of the PBOC headquarters in Beijing.

The psychedelic notes have been designed with other fancy features, including Great Wall watermarks and gold ink. The PBOC will distribute a limited number of the banknotes, which must be reserved with banks ahead of time. 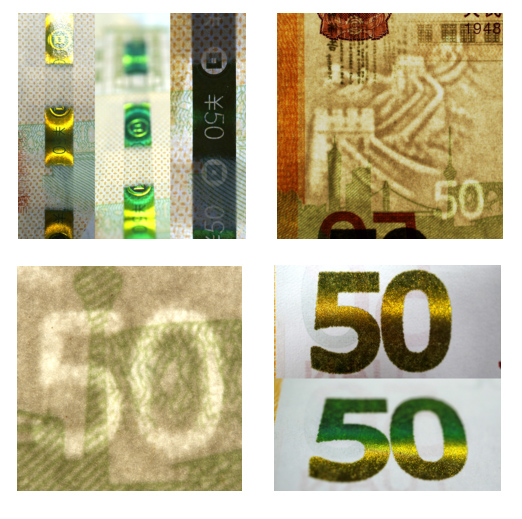 Chinese social media users are amused by the time warp-esque currency, with the hashtag "I haven't used cash in a long time" currently trending on Weibo.

Here's how the RMB50 note has evolved throughout the years:

Meanwhile, the PBOC has also released a series of commemorative gold and silver coins in honor of the anniversary. Get 'em while they're hot! (Or, you know, just stick with Alipay). Image via PBOC

Show me the money!