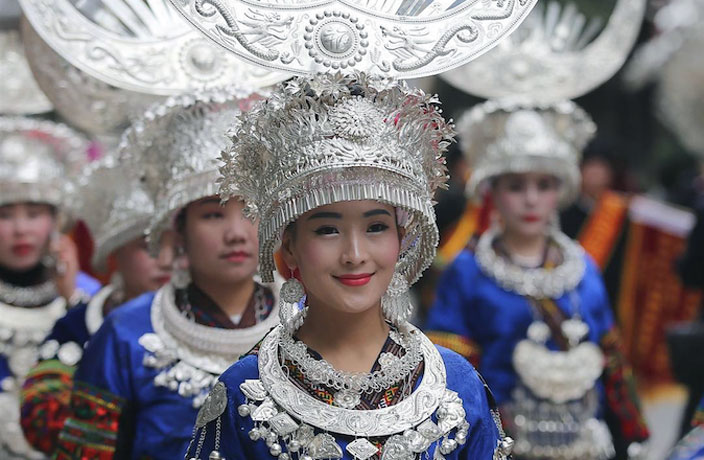 Home to a vibrant array of peoples and cultures, Guizhou is one of China’s poorest and least developed provinces. As a result, it is regularly mentioned when speaking about the Middle Kingdom’s offbeat and difficult-to-visit destinations.

For the intrepid traveler, the province offers a wealth of culinary delights, stunning natural scenery and cultural experiences to rival just about anywhere within the PRC’s borders. Here, we share five reasons you need to visit Guizhou, “China’s green corridor.” 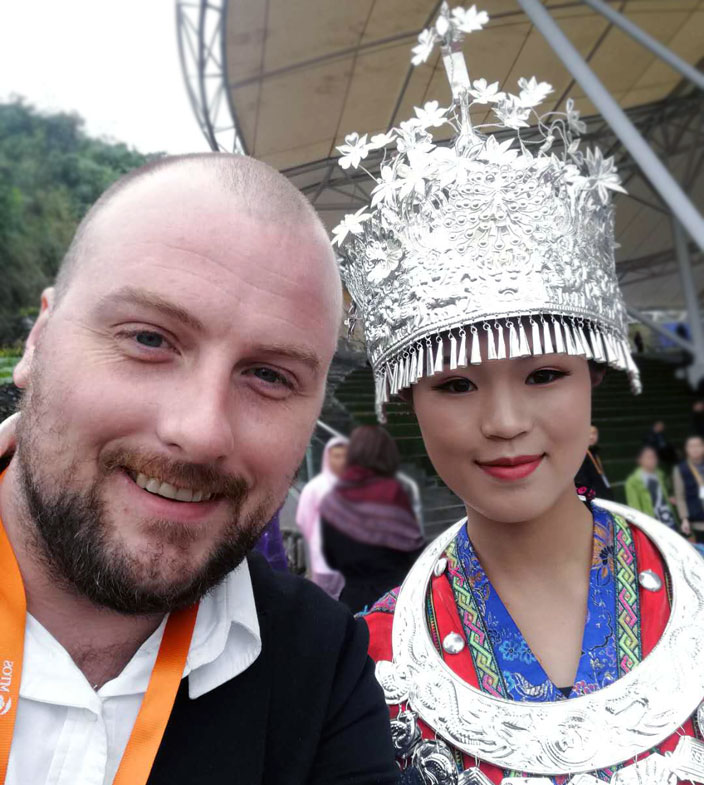 The author with a woman from the Miao ethnic minority. Image by Matthew Bossons/That's

Guizhou is often touted as one of China’s most ethnically diverse regions, with more that 37 percent of the province’s population made up of people classified as members of an ethnic minority group. A visit here offers ample opportunities to engage with and learn about the region’s diverse peoples. In the southeast of Guizhou, near the border with Guangxi Zhuang Autonomous Region, reside the Dong minority group, who are famous for their elaborate, covered ‘wind and rain bridges’ and their beautiful songs. One of China’s largest and oldest ethnic minorities, the Miao, also call Guizhou home. They tend to reside in the province’s mountainous regions and are renowned for their intricate silver jewelry. 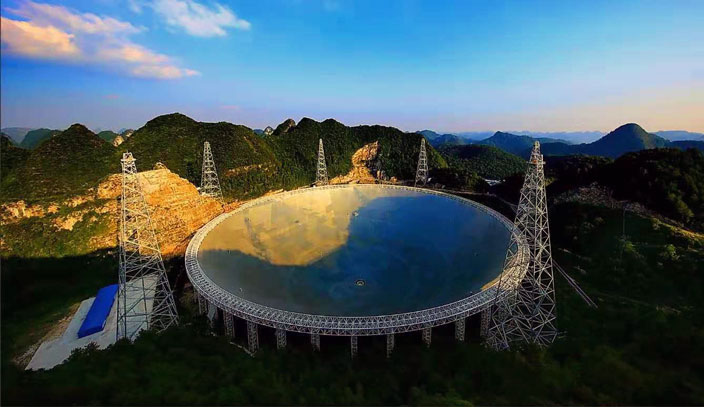 Mankind’s search for intelligent life in the universe has a powerful tool in Guizhou province: the Five-hundred-metre Aperture Spherical Radio Telescope, otherwise known as FAST. Set in a remote mountain valley in Pingtang county, this massive telescope (the largest of its kind in the world) can be accessed by bus from a nearby space museum and planetarium. While the aforementioned museum is a tad tacky and, well, boring by Western standards, the massive telescope itself is a sight to behold. Visitors can walk up to its rim via a series of well-maintained staircases in approximately 10 to 15 minutes. 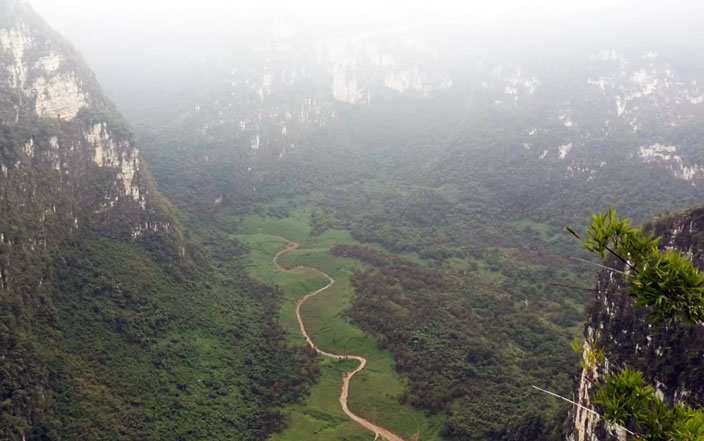 As a mountainous region, Guizhou offers outdoor enthusiasts no shortage of phenomenal hiking opportunities. Our favorite is the Pingtang Tiankeng Geopark, which is located about an hour’s drive from FAST. Traveling on the park’s boardwalks, you’ll get to see various caves (some of which can be explored!), cliffs and the occasional snake along the way, and eventually arrive at the edge of a massive sinkhole. Hiking in Pingtang Tiankeng Geopark is manageable for people of all ages, and the trail is dotted with restrooms in case ‘nature calls.’

4. Get Your Face Wet 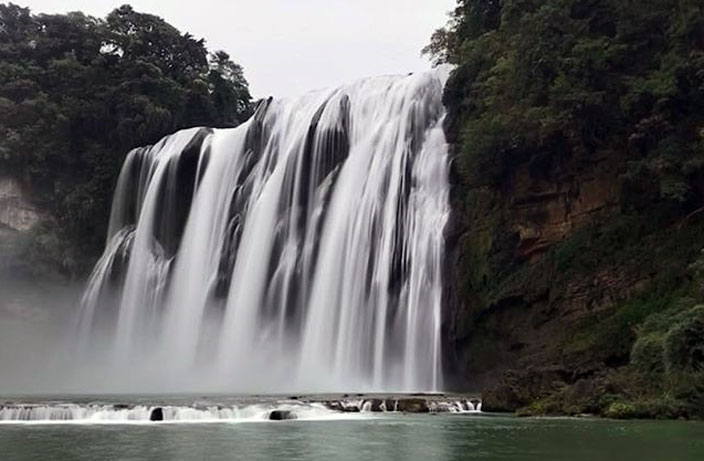 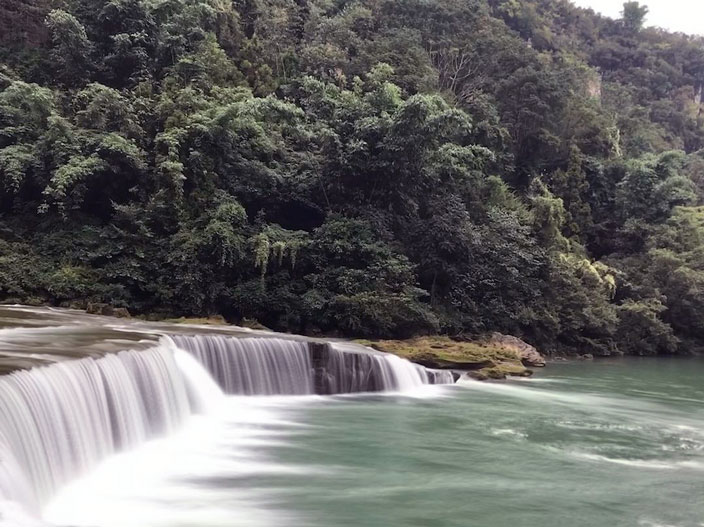 Located near the city of Anshun, the karst landscape that surrounds the waterfall is known for its abundance of caves. Most interesting among them is a 134-meter-long ‘hidden cave’ known as Shuiliandong, or Water Curtain Cave. The geological formation shares its name with the home of Sun Wukong from the classic Chinese novel Journey to the West and lies concealed behind the cascading water of Huangguoshu Waterfall. 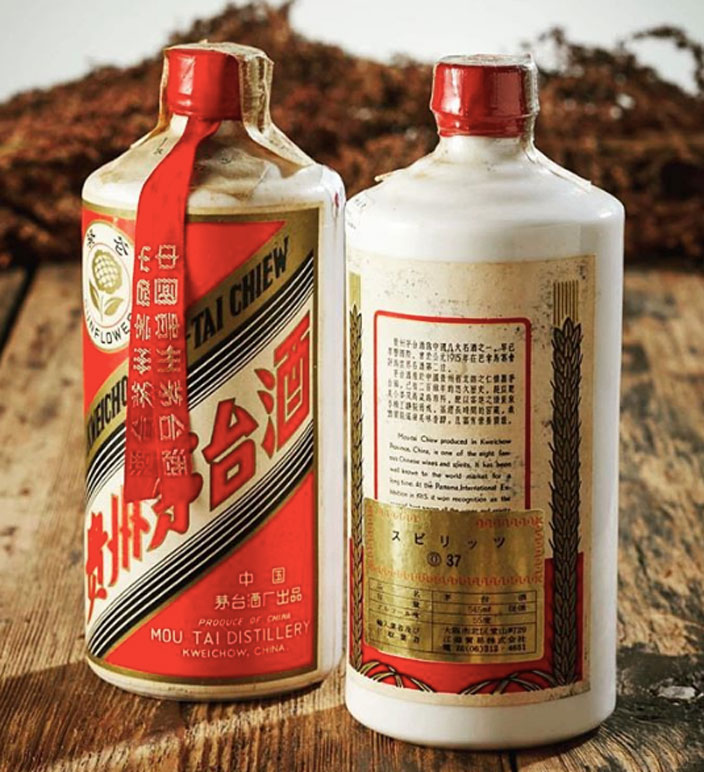 No trip to Guizhou would be complete without sampling the region’s most celebrated export: Moutai. Referred to by CNN as China’s “de facto national liquor,” Moutai is a brand of baijiu distilled from fermented sorghum. While you can find this boozy elixir across China, a trip to its home turf allows for a visit to the Moutai distillery, which offers tours and tastings.