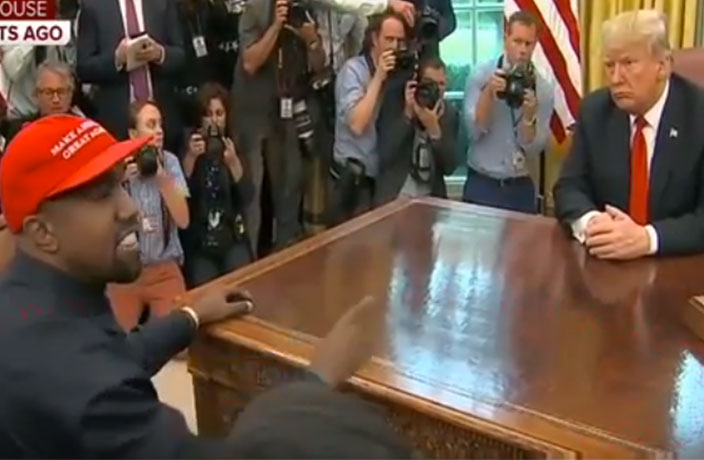 In a bizarre press appearance at the White House that went viral last week, the often controversial rapper spoke with Trump about everything from the US criminal justice system to North Korea. All while wearing a 'Make America Great Again' hat, of course.

Shortly after proposing replacing Air Force One with an Apple-designed 'iPlane 1,' Ye switched the topic to China:

"We have to bring jobs into America, because our best export is entertainment and ideas, but when we make everything in China and not in America, then we're cheating on our country. And we're putting people in positions to have to do illegal things to end up in the cheapest factory ever, the prison system."

Later on, Kanye — who coincidentally happened to live in China many moons ago — complained about how expensive it was to produce goods in American factories. He suggested more tax breaks for US-based companies to move the supply chain out of Asia:

"Another thing is opening up industries, and we've got to get some tax breaks too, because — you know we're making — we got a Speed factory in Atlanta, but the shoes are costing us USD300 so it's costing us too — too much to make things.

"So, we need some prototypes here so we can get people back working so China can't just beat us and Vietnam can't beat us. You've got Levi's, the greatest jeans company in the world, making their jeans in — in Vietnam.

"So, we're going to need a few breaks to be able to have some places in my hometown of Chicago, and the 2.7 million to the nine million surrounding the suburbs where we can create some factories. I think it'd be cool for them to be Trump factories because he's a master of industry, he's a builder."

Shortly after the meeting, actress Olivia Munn called Kanye out on Twitter, noting that his famous Yeezy sneakers from Adidas are, in fact, produced in China. (Wake up, Mr. West!) 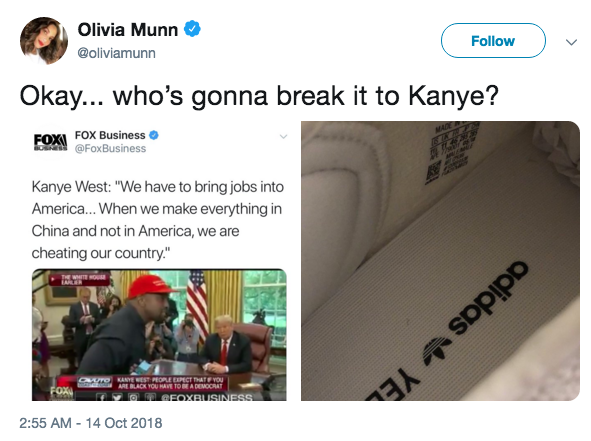 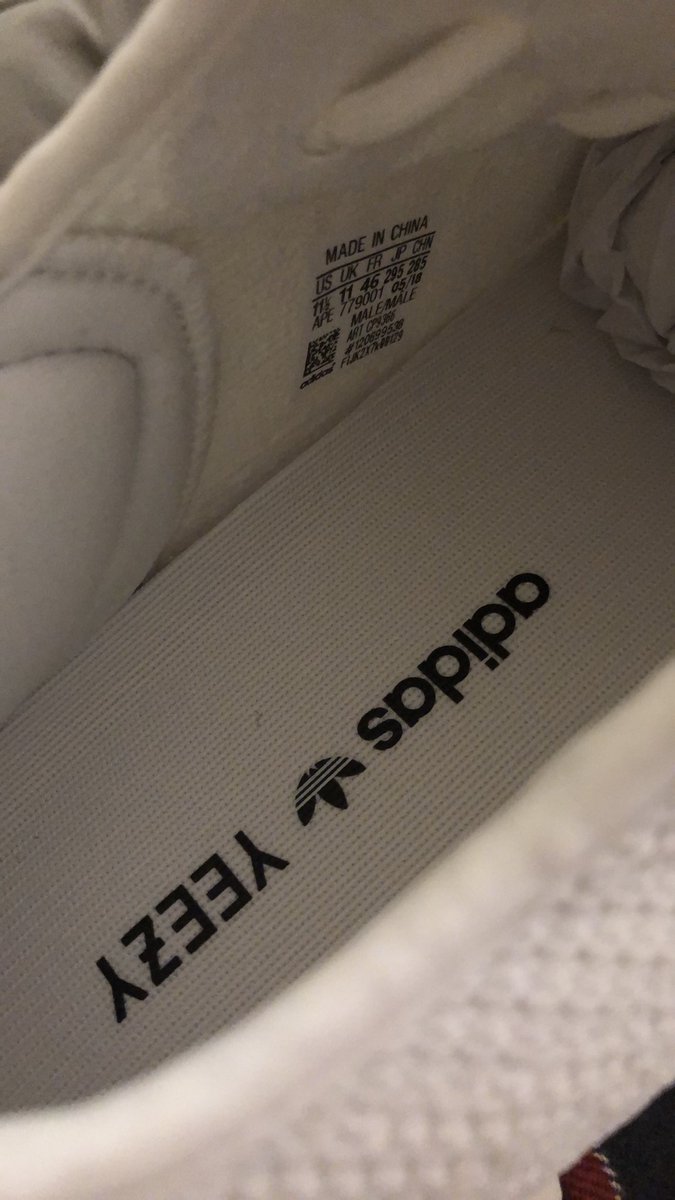