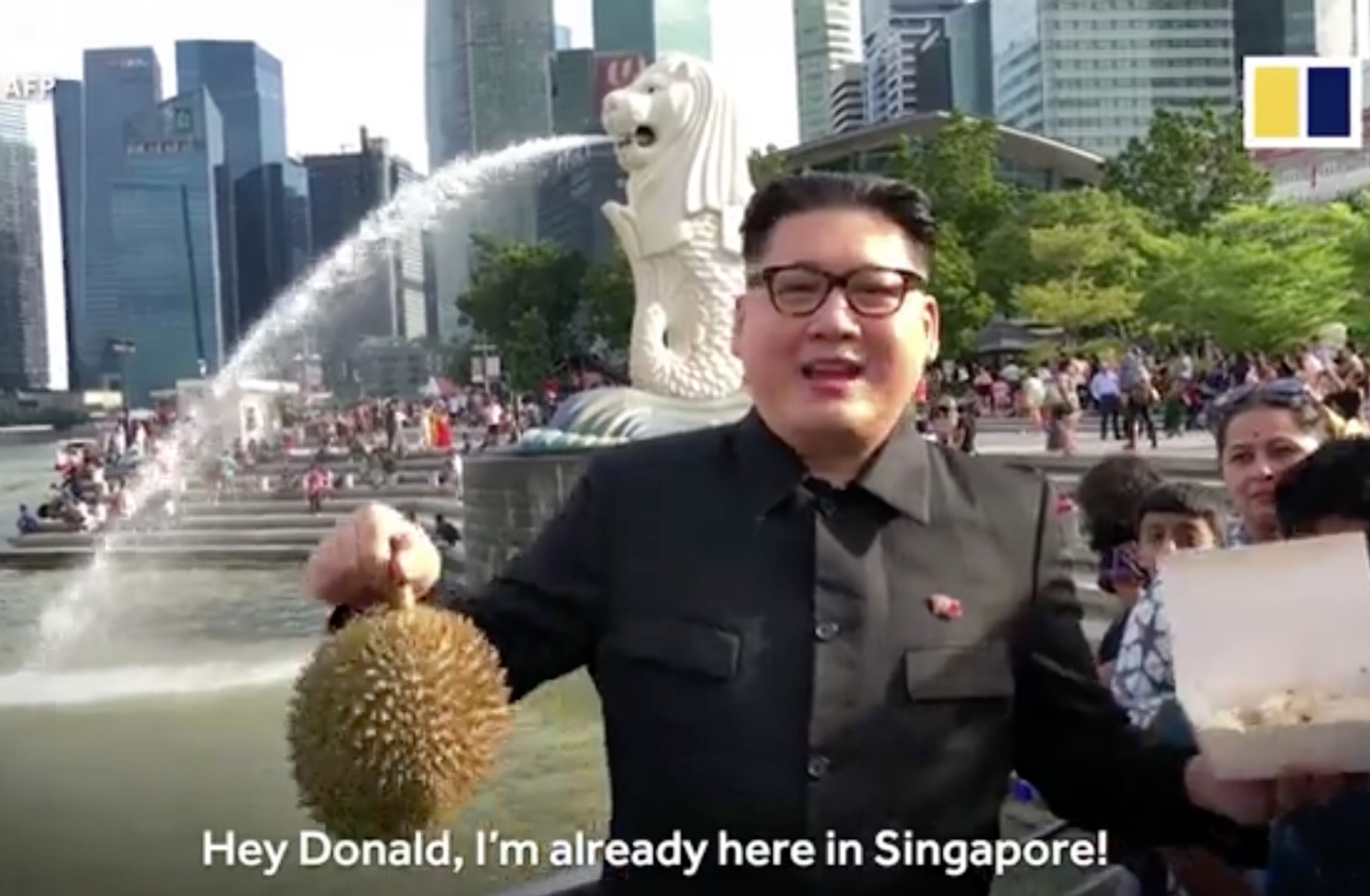 Holding a durian in one hand, the Kim Jong-un doppelganger continues to talk at the camera: “It’s just like Pyongyang, but with lots of good food.”

In a South China Morning Post video, the lookalike is shown strolling around Singapore, shaking strangers' hands and posing for photo ops with landmarks and curious onlookers alike.

According to Reuters, at least one starstuck tourist was taken in by the fake Kim's spot-on styling and physique.

“It looked like the real Kim Jong Un, but later I realized it’s not the real one,” Indian native Sagar Admuthe is quoted as saying.

Exuberance aside, the Australian accent is a bit of a giveaway. Known only as Howard X, the Kim impersonator hails from Hong Kong, Reuters reports, where he's managed to make a career out of his uncanny resemblance. Since Kim Jong-un took power in 2011, Howard X's fortunes also rose with roles in movies, commercials and private events.

Now he's in Singapore ahead of a much-anticipated meeting between Kim and US President Trump regarding nuclear disarmament. Despite Trump's notorious cancellation, the summit is reportedly still happening, a turn of events that Howard X unabashedly riffs off in the SCMP video.

“I think the two leaders will sit down and they’re going to have a great time, because really they have the same personality," he also told Reuters on Sunday.

The Hong Konger previously garnered international media attention at the South Korean Olympic games in February, where he danced in front of North Korean cheerleaders before being escorted away by security, according to SCMP. 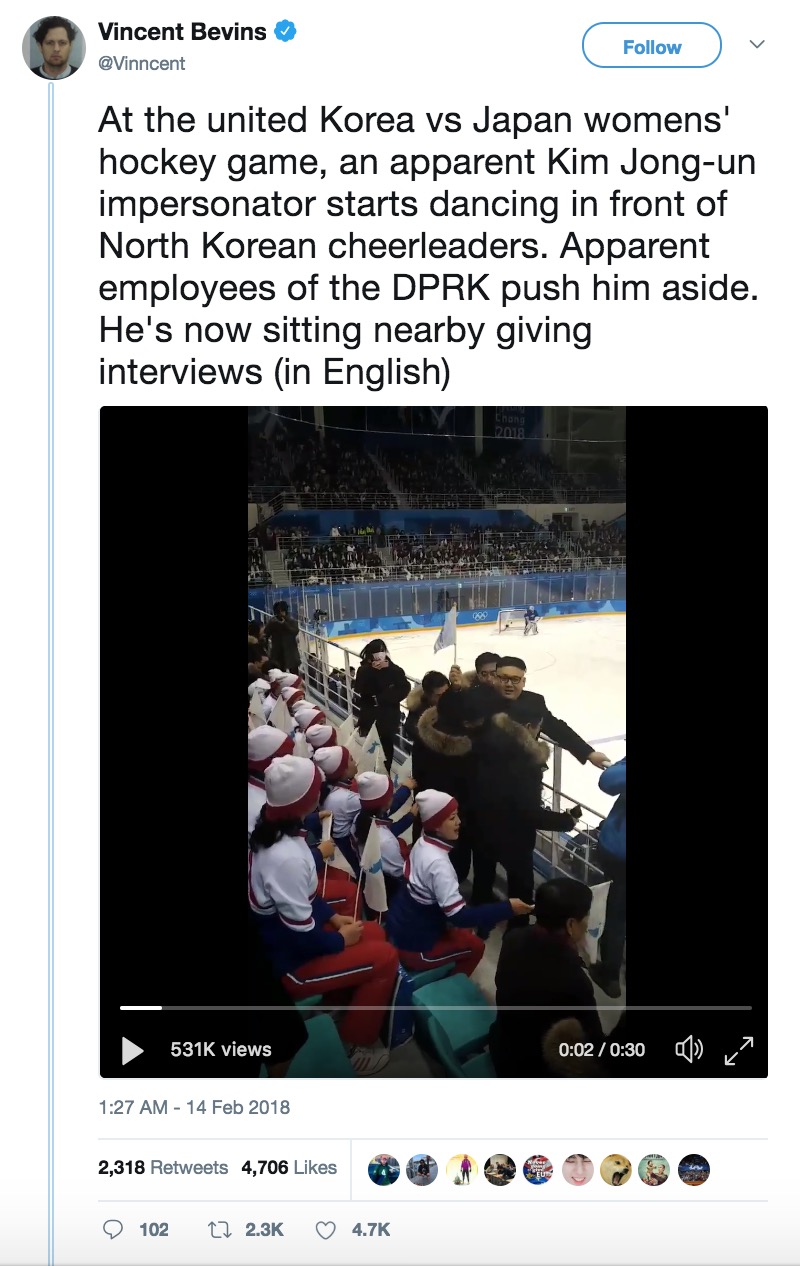 In addition, Howard attended the Games' opening ceremony with a Trump impersonator named Dennis Alan. The pair attempted to sneak into the media area, and also tried to meet with US Vice President Mike Pence and Kim Jung-un's sister, Kim Yo-jong. Sadly, the diplomatic overtures fell flat and both entertainers were kicked out.

READ MORE: Spotted at Hong Kong 7s: Kim Jong-Un getting wasted, making out with '30 to 40' girls