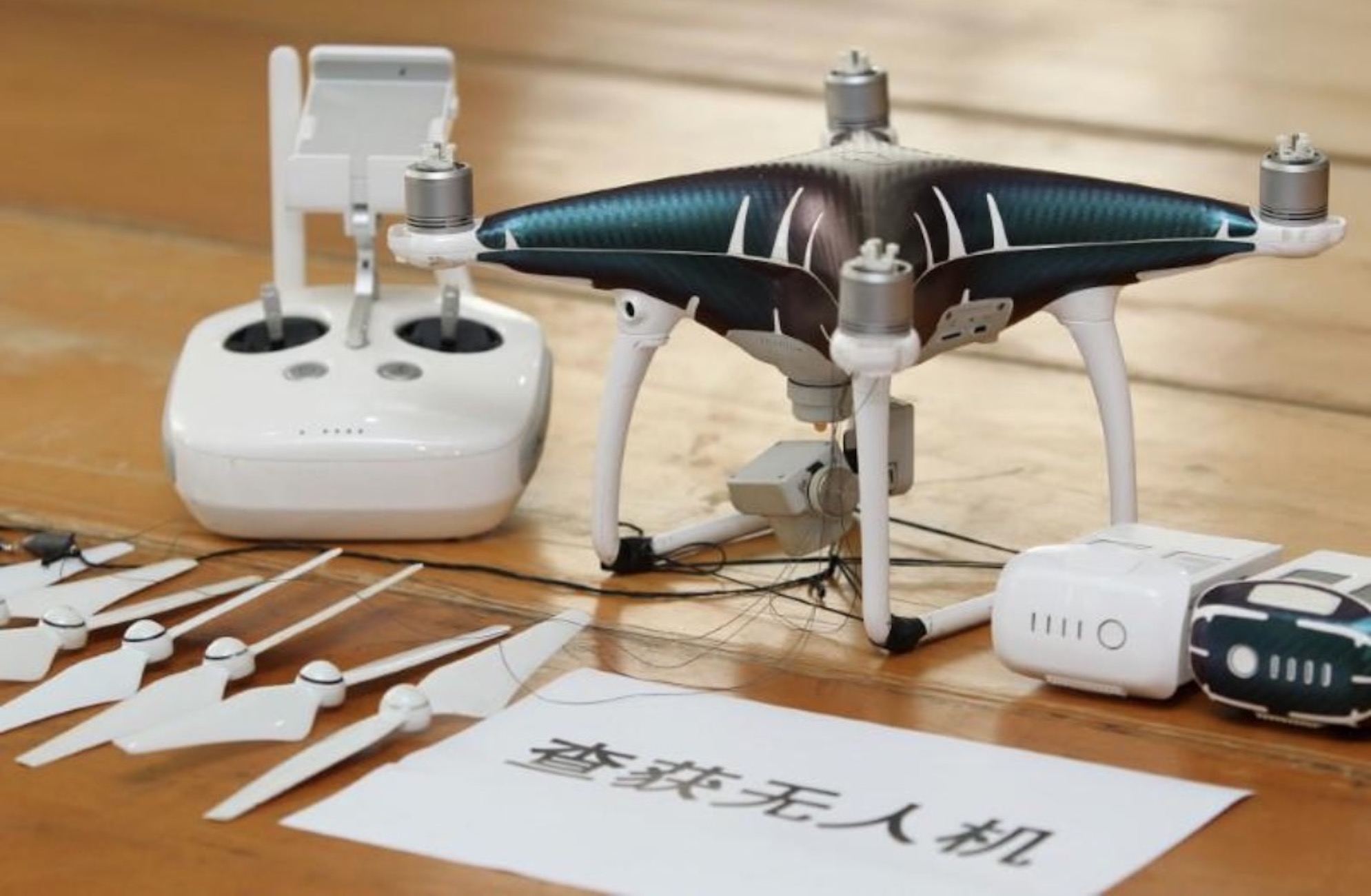 Shenzhen has seen its fair share of ballsy smugglers trying to cross the Hong Kong border with, for instance, giant koi fish, diamonds or whole kilograms of crystal meth.

But the most recent attempt, which may also be the largest heist of the last few years, takes smuggling a step higher.

A group used drones to set up a motorized pulley system between two high rises in Shenzhen and a house in a Hong Kong village, South China Morning Post reported. Operating under the cover of night, the tech-savvy smugglers ferried hundreds of thousands of secondhand phones, worth an estimated RMB500 million, to Shenzhen over six months.

Police on both sides of the border busted the operation on February 1, although they only announced it recently. According to a government source cited by SCMP, it is the first time authorities have discovered smugglers using drones.

Police revealed that the smuggling ring used drones to carry two 100-meter-long cables from Shenzhen to a house in Hong Kong. The cables were then attached to motorized wheels to form pulleys. 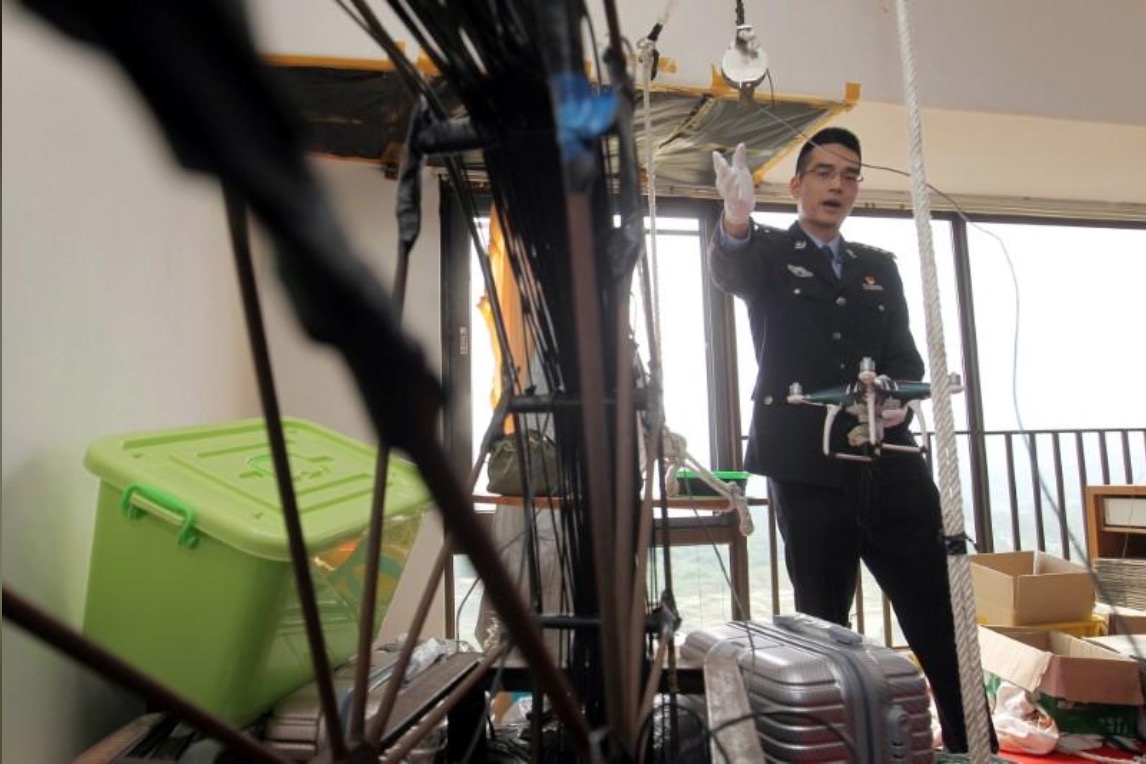 A customs officer at the crime scene

By attaching bags of phones to the cables, the smugglers could ferry the goods efficiently: a bag of 20 phones could be delivered in under a minute. Working from 12-5am for 15 nights a month, authorities say the group could transport 10,000-15,000 phones a night and make over RMB10 million per month.

While the drones are new, the method is not, SCMP notes: in 2011, smugglers were caught using a crossbow to fire a fishing line across the border. Their plan to deliver goods unnoticed, however, failed after only a couple weeks.

By getting tech-smart, the latest smugglers not only escaped detection for months but also – ahem – raised the stakes for local border control. According to Legal Daily, Shenzhen customs plans to upgrade their surveillance, acquiring new equipment that would include, among other things, drones.