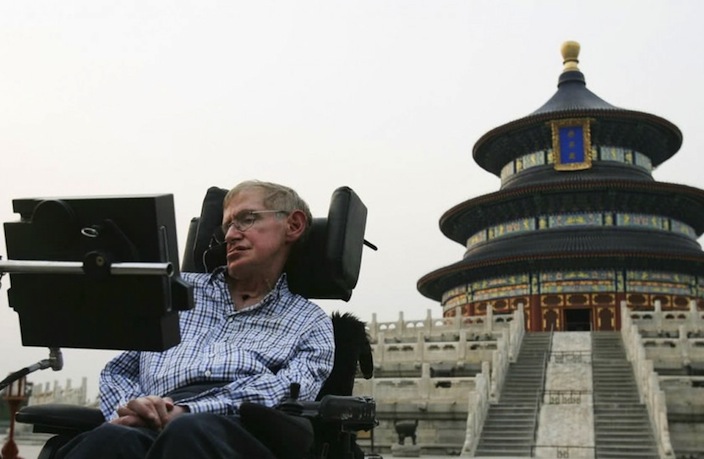 Fans around the globe expressed their grief yesterday over the passing of famed British physicist Professor Stephen Hawking, but perhaps none were more saddened by his death than his followers in the Middle Kingdom. 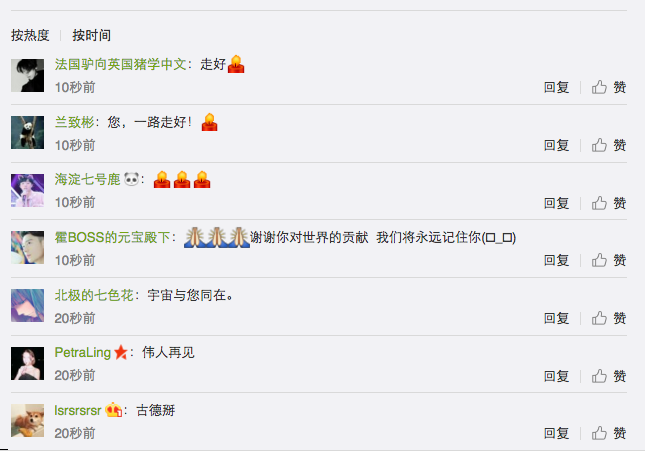 "He will roam across the universe and its galaxies, and in the end will again become its brightest star," the BBC quoted one user as writing.

"He belongs to the stars, and has returned home now," wrote another.

“Travel well, you are now in a parallel universe," another was quoted as writing, according to the South China Morning Post.

Some Weibo tribute from yesterday (via Global Times)

“Hawking made a great contribution to science and humanity," said Chinese Foreign Ministry spokesperson Lu Kang. "He will always be remembered.”

"There are people who can only flicker their eyelids, but their thoughts may travel far into space. There are those whose bodies are robust and strong, but their minds are weak and they are destined to live their entire lives dependent on others...

"He has fought serious illness for a long time to obtain outstanding achievements in physics — in particular, the studies on black holes and cosmology...

"He is very different from other scientists. He went through more hardships than most scientists."

Hawking, who had been wheelchair-bound for decades after being diagnosed with a neurological disease in 1963, passed away on March 14 at the age of 76.

Hawking's superstar status in China should come as no surprise — many here grew up reading his quintessential book A Brief History of Time. The Chinese-language edition is reportedly the second most popular version of the book, and only the English edition has sold more copies. 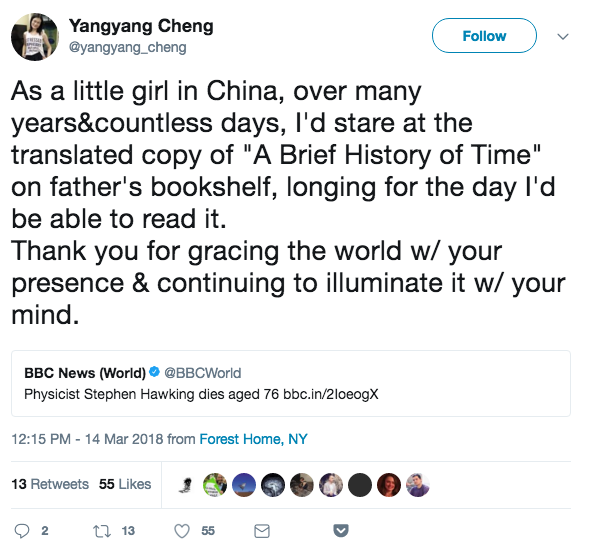 Hawking made several trips to China throughout his storied career, visiting in 1985, 2002 and 2006. During his 2006 trip, state-run newspaper People's Daily even likened his celeb appeal to that of Hollywood A-Lister Tom Cruise. 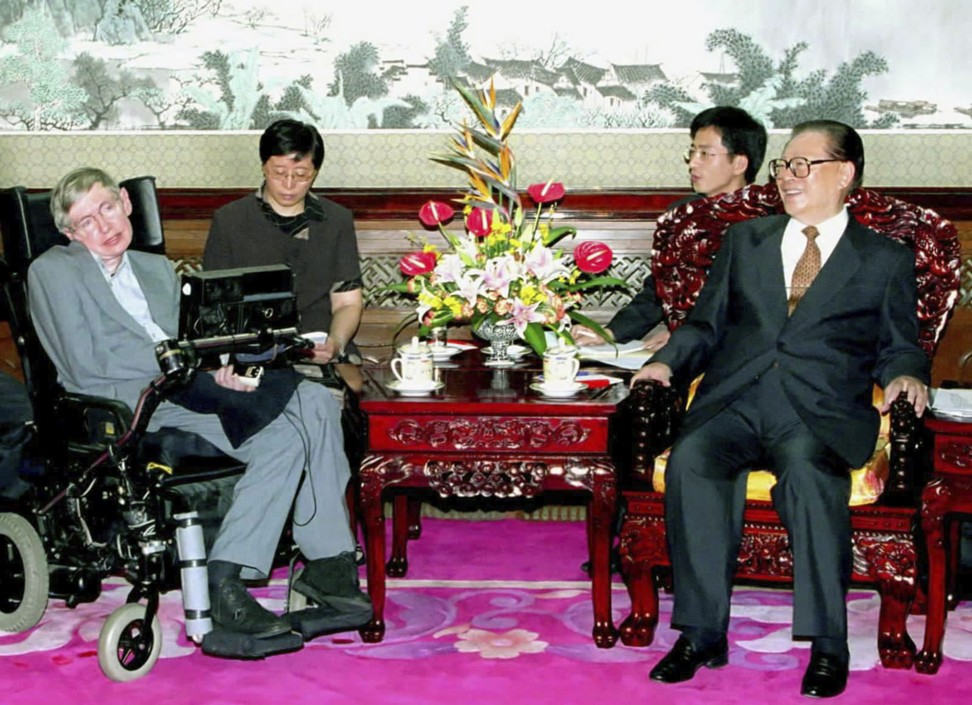 Hawking with Jiang Zemin during a visit in 2002.

After opening his Weibo account in 2016, he drew millions of fans within hours. At the time of his death, he had accumulated 4.6 million followers.

His online interactions turned him into a Weibo star. Just hours after his first post ("Greetings to my friends in China! It has been too long!"), he had over a million followers. Netizens went crazy when he wished students "good luck" on their gaokao examinations in 2016. More recently, he took to the microblogging platform to praise the lead singer of mega-popular boy band the TFBoys for an "excellent question" about space. "I like Chinese culture, Chinese food and above all Chinese women. They are beautiful," he was quoted as saying to a crowd of hundreds during the trip to Beijing in 2006. He also praised Chinese people for being "very clever," "hardworking" and having "achieved a lot in science and technology."