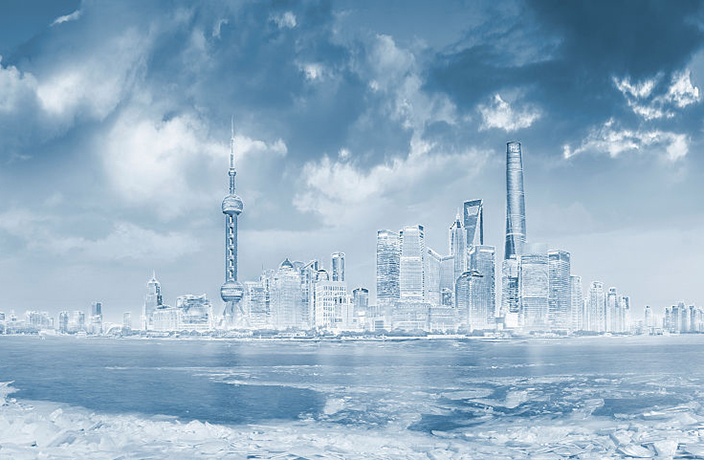 Though the frigid temperatures were expected to rise following last week's massive that led to flight and train cancellations, several places in central and eastern China are still experiencing subzero temperatures this week.

Temperatures dipped below zero degrees Celcius in Shanghai, Changsha, Hangzhou, Hefei, Guiyang, Nanchang, Nanjing and Wuhan, and remain near freezing in China's southern provinces, which could also see rain or even snow in the next 48 hours. Heavy winds could also hit Gansu, Inner Mongolia, Shandong and other places in northern China over the next few days.

Sadly, it doesn't look like snow (or snowmen, for that matter) will be in the forecast for Shanghai this week. (Pollution, however, is).

Authorities remind people to take extra precautions for cold weather and icy roads during this time.

A blue alert is the lowest level on China's four-tiered weather alert system. Separate blue alerts were also issued on Sunday and Monday.

Stuck inside an unbearably chilly winter apartment with no central heating? Here are some tips on how to keep your flat warm.