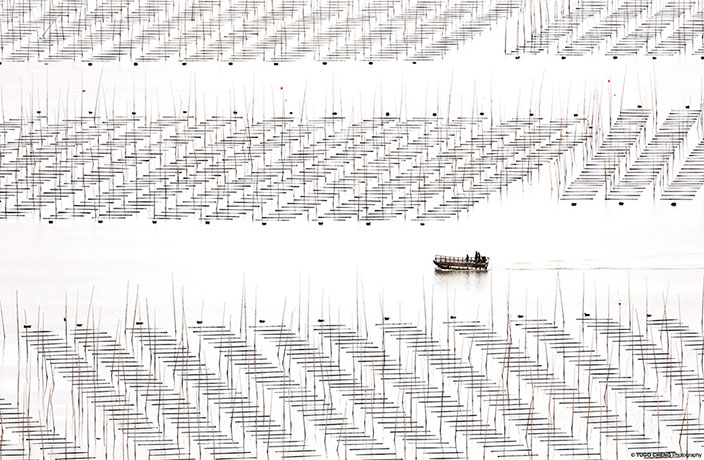 Aerial photography has revolutionized the way we see the world. Now with easier access to drone cameras, photographers everywhere are reaching new heights with their lenses, capturing breathtaking images of places we know so well from higher vantage points than ever before.

China, a country where colorful spreads of natural landscape and futuristic cityscape are readily available in close proximity to one another, is home to large and growing numbers of drone photographers, who have discovered the genre's equal potency to showcase the intriguing rhythms that flow between the multifaceted topography in the heartland of the Middle Kingdom, and also its rapidly growing metropolitan areas. Naturally, the country is also a breeding ground for innovation, with DJI, the world leader in the civilian-drone and aerial imaging technology industry, establishing its headquarters in the southern city of Shenzhen in 2006. But is the sky the only limit for growth of drone photography in China and beyond? 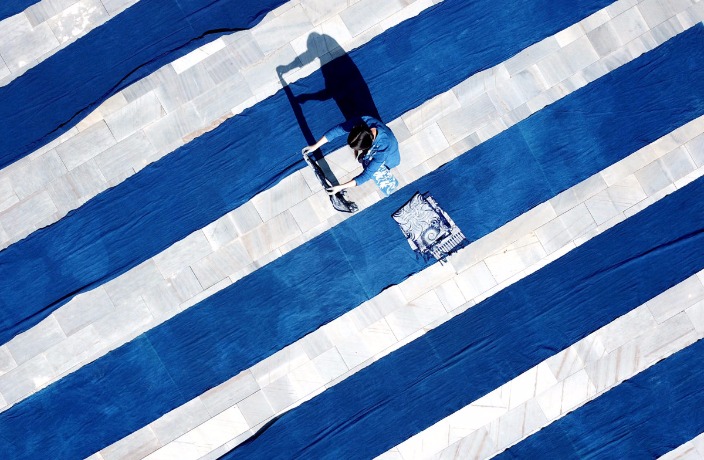 When Gaspard-Félix Tournachon produced the world's first ever aerial photograph from a hot air balloon over Paris in 1858, never could he have guessed how his actions would change the course of history over the next century-and-a-half.

First popularized during World War I as a form of reconnaissance by military forces, aerial photography has since allowed industry leaders across multiple business sectors to find new ways to further their technological development efforts. From infrastructure, agriculture and transport to security and filmmaking, drones – or camera-equipped UAVs (unmanned aerial vehicles) – have become essential tools to accomplish various tasks with greater efficiency and effectiveness than ever before.

According to a July 2017 report by BI Intelligence, Business Insider's research service, the global sales of drones (consumer, commercial and government drones combined) reached USD8.5 billion in 2016, and the number is expected to increase to USD12 billion by 2021.

Headquartered in Shenzhen and now with tens of thousands of employees in Asia, Europe, North America and beyond, DJI (Da-Jiang Innovations) owns about 70 percent of the market share of the consumer and commercial drone market. Since Frank Wang founded the company in 2006, DJI has been at the forefront of aerial imaging technology innovation, and one of the most obvious beneficiaries is the world of TV and movie production. 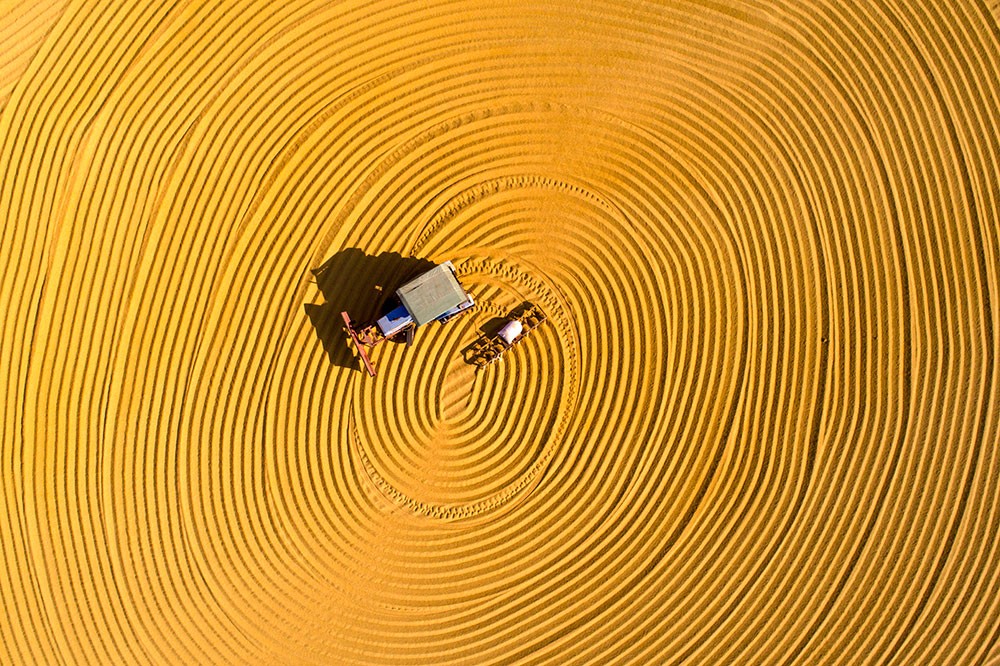 "Almost everything that we watch today includes some aerial footage. Some that have reportedly used DJI drones include Transformers, Spiderman and Game of Thrones. Our aerial systems are also being used by media outlets such as the BBC, National Geographic, and Discovery Channel," says Kevin On, DJI's Director of Communication.

Last year, the Chinese tech company was awarded an Emmy for Technology and Engineering by the National Academy of Television Arts and Sciences in the US, which recognized DJI for providing cinematographers with "an affordable and accessible platform to create low-altitude aerial images, opening up creative possibilities and facilitating the distinct looks of some TV shows."

According to an article by South China Morning Post, the privately-held firm's sales topped RMB10 billion (USD1.4 billion) in 2016, with overseas markets contributing to three quarters of its revenue. On credits the location of DJI's headquarters to be one of the main reasons for its rapid growth and dominant position in the consumer drone industry.

"Many have referred to Shenzhen as the Silicon Valley of the East, because the city offers a huge pool of engineering talent, as well as easy access to manufacturing. This allows us to innovate faster than anyone else," he explains. "We're also seeing tremendous growth across the board, and a growing interest from emerging markets like Southeast Asia and Latin America."

"You can never be bored with the images captured in Shanghai"

In addition to the fostering innovation in the commercial world through their aerial imaging technology, DJI is also committed to cultivating a community of both amateur and professional aerial photographers. The company is a major driving force behind SkyPixel, one of the largest online platforms dedicated to aerial photography with six million users worldwide. Its popular annual photo contest attracts tens of thousands of entries each year, and the winners of the 2017 edition will be announced on January 31.

One of the entrants this year is a Henan-born photographer who goes by his Instagram handle, @cocoanext ('Co' for short). Having bought his first drone in December 2016, the 25-year-old says camera-equipped UAVs have become an essential weapon in the professional photographer's arsenal.

Co, who has been based in Shanghai for four years, says his current home is hands down his favorite city to shoot with a drone. "You can never be bored with the images captured here," he says. "Even if you're shooting from the same place, altitude and angle, you can get very different shots depending on the time or weather. The buildings create all these wacky shapes of shadows in every shot." 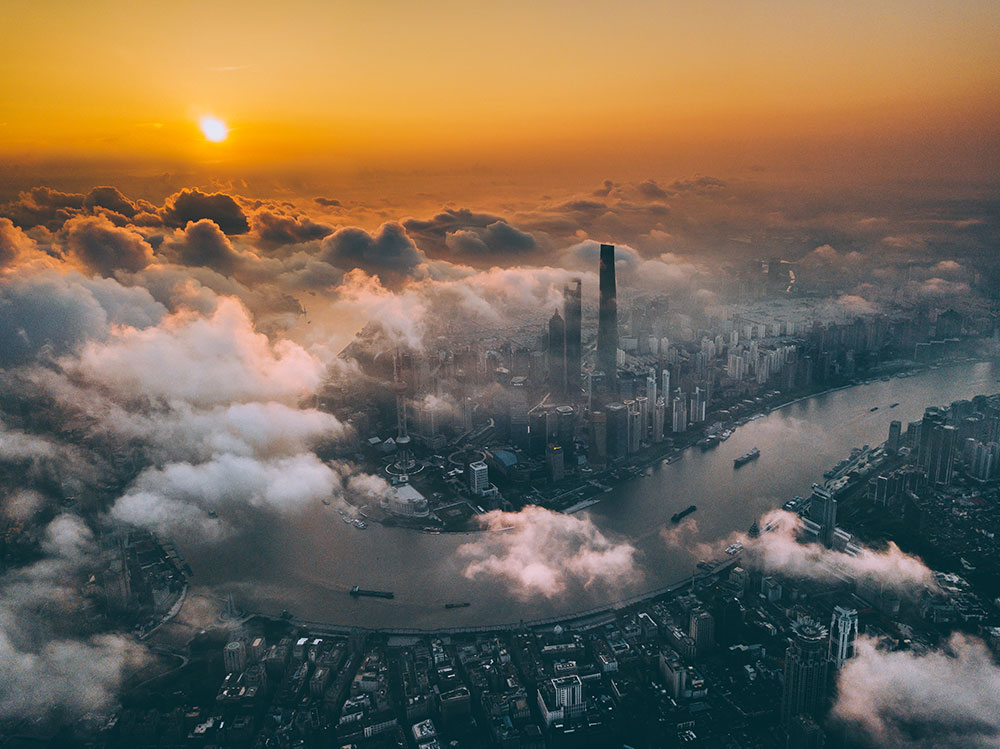 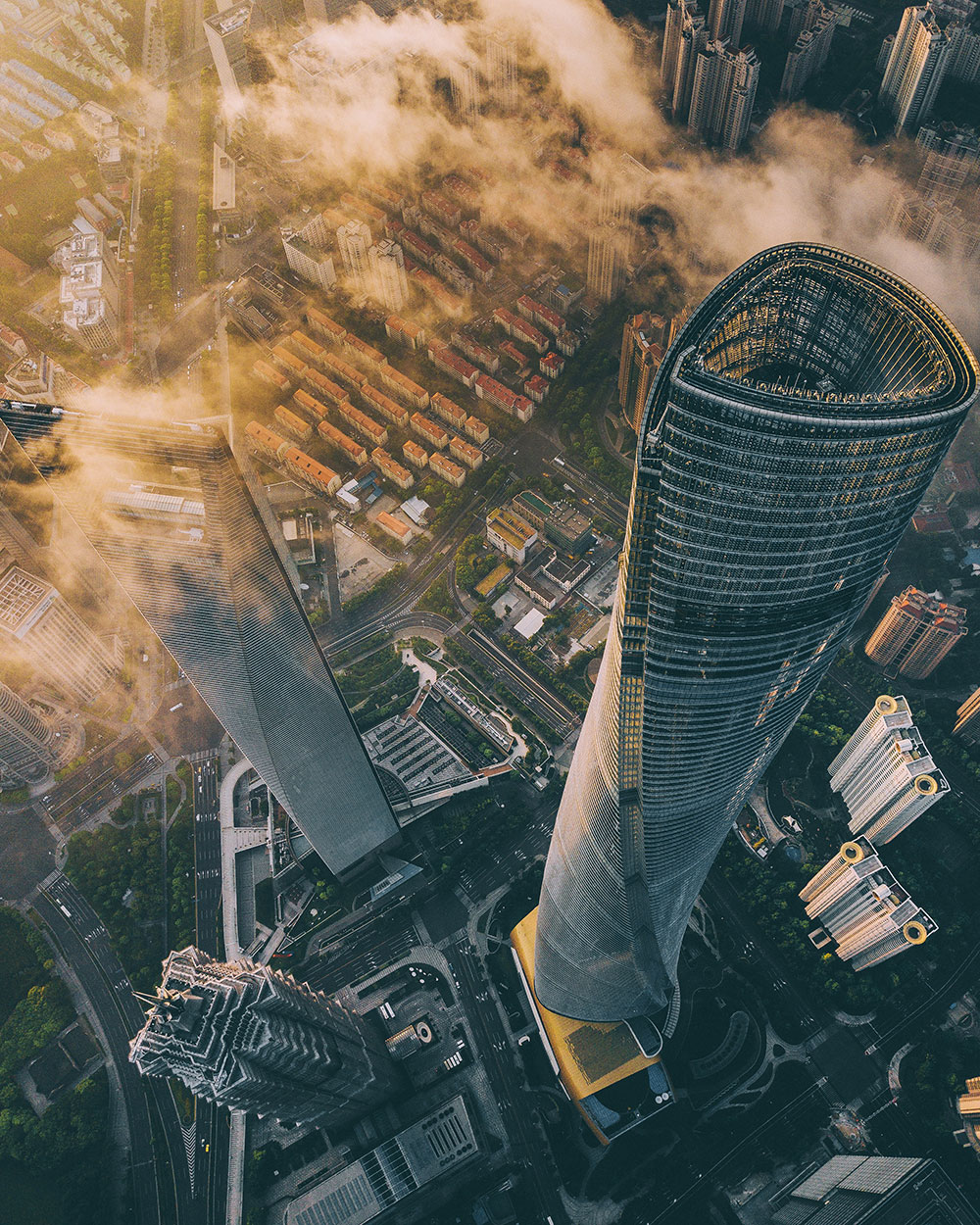 Like @cocoanext, @nk7's Instagram feed is peppered with bird's eye view cityscapes from Shanghai, Guangzhou and other metropolises in and around China. With more than 206,000 followers on his account, the Guangdong native says the release of DJI's Phantom 4 and Mavic Pro models in mid- to late-2016 were game changing events that caused the popularity and demand for drones to skyrocket in China and beyond.

"The quality of the camera and the stability of these drones improved dramatically from previous models," says NK on why he started shooting with drones a little over a year ago. While both photographers admit that Google Maps' satellite function is great for scouting out locations and angles before flying their drones, NK, who recently relocated from Guangzhou to Shanghai, says it was especially helpful for shooting in his former home.

"In Guangzhou, the sheer density of the buildings and highways throughout the city center and the suburban area, and the way these structures produce all these interesting points of symmetry, is what I like to explore with a drone camera"

"In Guangzhou, the sheer density of the buildings and highways throughout the city center and the suburban area, and the way these structures produce all these interesting points of symmetry, is what I like to explore with a drone camera," says NK. "In Shanghai, on the other hand, I like to build the shot around the iconic skyscrapers in Lujiazui, so it's all about finding an interesting foreground, which you can pretty much do from any angle on both sides of the Huangpu." NK and Co have covered a lot of ground with their drones in various cities, but one thing they both hope to do more of is document the vast rural areas of China from the sky. These expeditions, however, are something that Hong Kong-based photographer Tugo Cheng goes on quite often. Over the past few years, he's already been to Daocheng Yading, Tianshan, Inner Mongolia, Fujian and parts of rural Guangdong to produce visually impactful images with his drone, winning multiple awards and recognition from National Geographic, Sony World Photography Awards and the International Photographer of the Year competition along the way.

An architect by trade, Cheng credits his professional training for giving him the foundation for developing a good eye as a photographer. "The aesthetic pursuit in the fields of architecture and photography are strongly related," Cheng explains, referring to the relationships between light and shadow, as well as lines and geometry in both disciplines.

"Many people can produce good images," he adds. "But I think the ones that truly stand out must be thought-provoking, and have some sort of surprising element to the composition or the angle. Most importantly, they must also create an emotional connection with the audience."

In his acclaimed photo series 'City Patterns,' Cheng chose to fly his drone at a low altitude and tilt the camera 90 degrees downward to capture the everyday lives of Hong Kongers on the street level. "I wanted to shy away from the 'typical drone shot,' says the photographer of the concept. "In the photo titled 'Freedom,' for instance, there's the sharp contrast between the people in the swimming pool and the lone swimmer in Victoria Harbour... that's more interesting to me than just a panoramic view of the city." 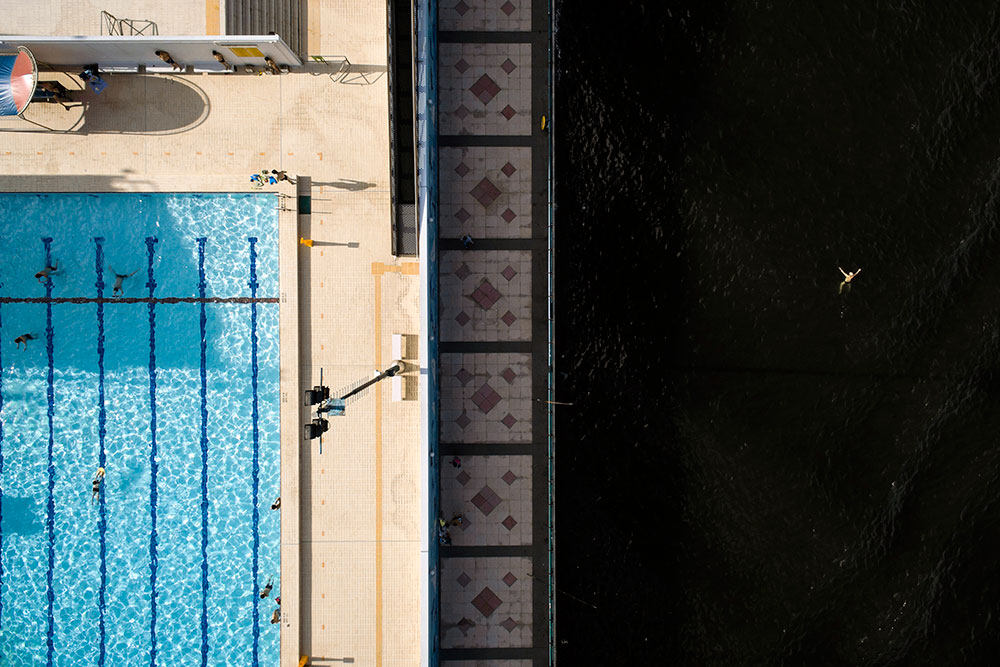 In the past year, drone-related incidents across China have brought the importance of obeying basic government regulations into the spotlight. Last spring, three separate incidents involving UAVs near Chengdu's Shuangliu International Airport caused dozens of flight delays, affecting tens of thousands of travelers.

On the Chinese mainland, all drones are subject to the country's No Fly Zones, which includes areas around airports, military facilities and specific cities like Beijing, and politically sensitive areas like certain parts of Xinjiang. Real name registrations are required for UAVs that weigh more than 250 grams, while drones that are over 7 kilograms must be licensed by the Civil Aviation Administration of China (CAAC). In addition, rules for maximum altitude and distance are also outlined.

"When I'm asked to offer advice for aspiring aerial photographers, the first thing I say is to read the instruction manual of their drones carefully," Cheng comments. "It's important to understand your equipment and how to properly control it before unleashing your creativity."

While the rising popularity of drone photography is a good sign, the Hong Kong-based photographer thinks the community might be growing a little too fast. "A lot of inexperienced flyers treat drones like toys. In a densely populated city like Hong Kong, there are a lot of hazardous obstacles in the city center. I think there should be some sort of mandatory training courses for operating drones before people are allowed to fly them."

"New users need to realize how dangerous an accident caused by drones can be," adds Co, who recalls an incident in which the sudden change in direction of wind during the typhoon season almost caused him to lose his UAV in downtown Shanghai, before he was able to land it safely. "If something major happens, it would be much harder for everyone to fly."

NK concurs, and points to DJI's BBS as a good source of information for amateur photographers to do some homework on the best places to fly drones, tips on operating different models, as well as the basic regulations before investing in one. "Compared to some Western countries, there's a lack of clarity and a central source for drone users in China to get all the information they need," NK comments, referring to the fact that the community in China usually hears about the newest regulations from various media outlets.

"There's no doubt that the regulations in China will only get stricter as the number of drone users increases," he concludes. "Before that happens, fly more often." 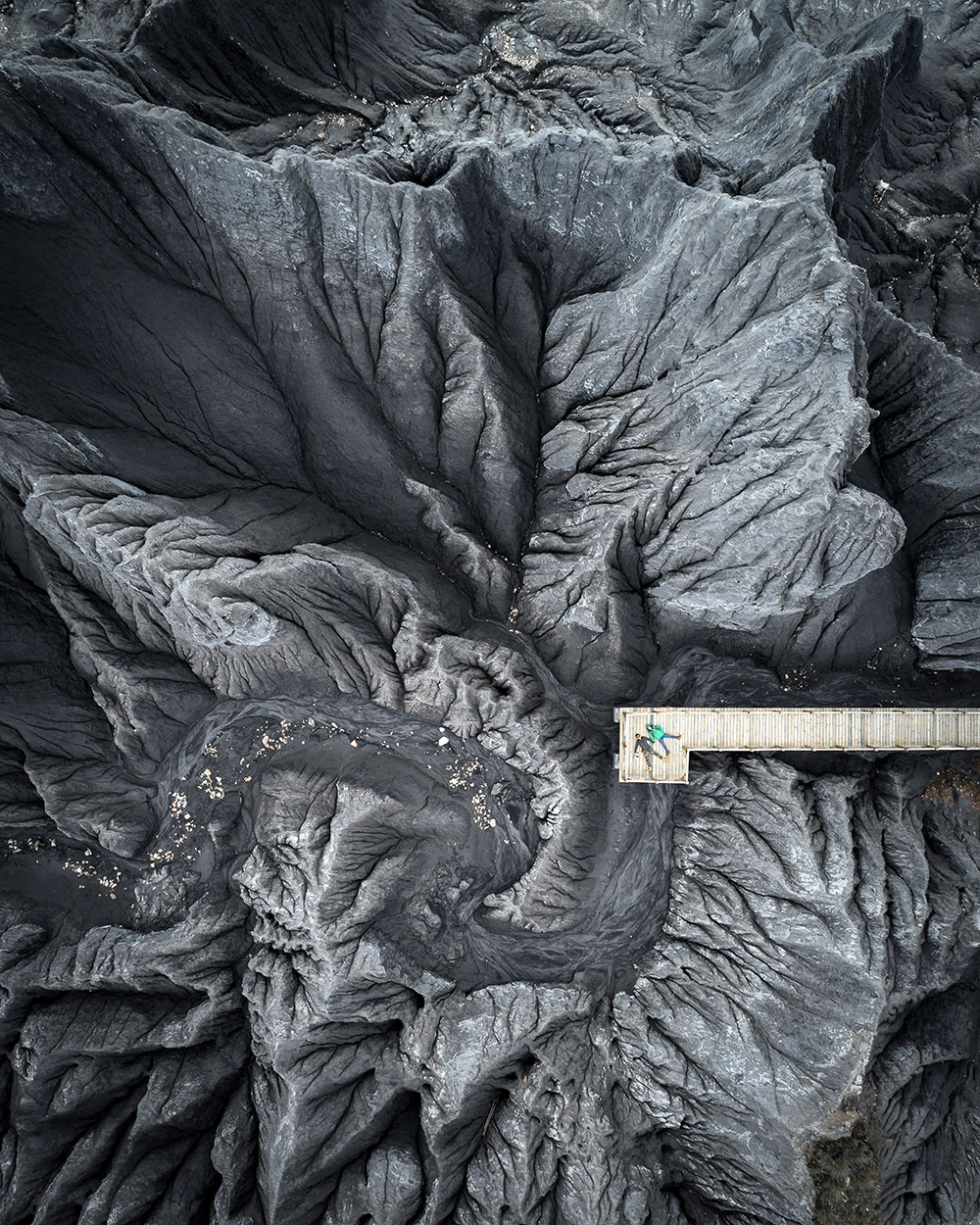 'Men Are From Mars' by Tugo Cheng 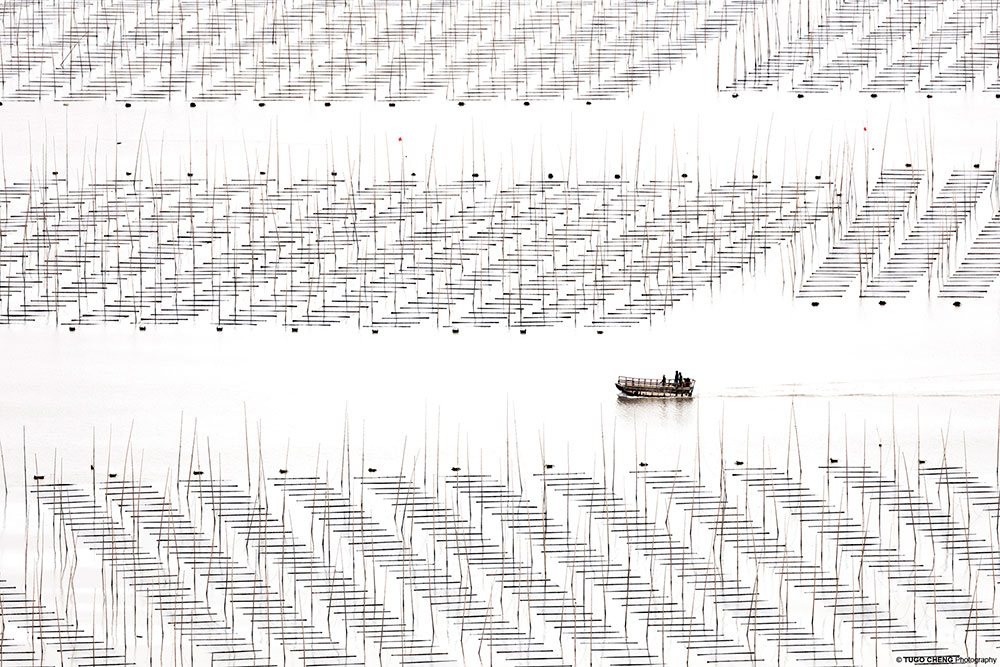 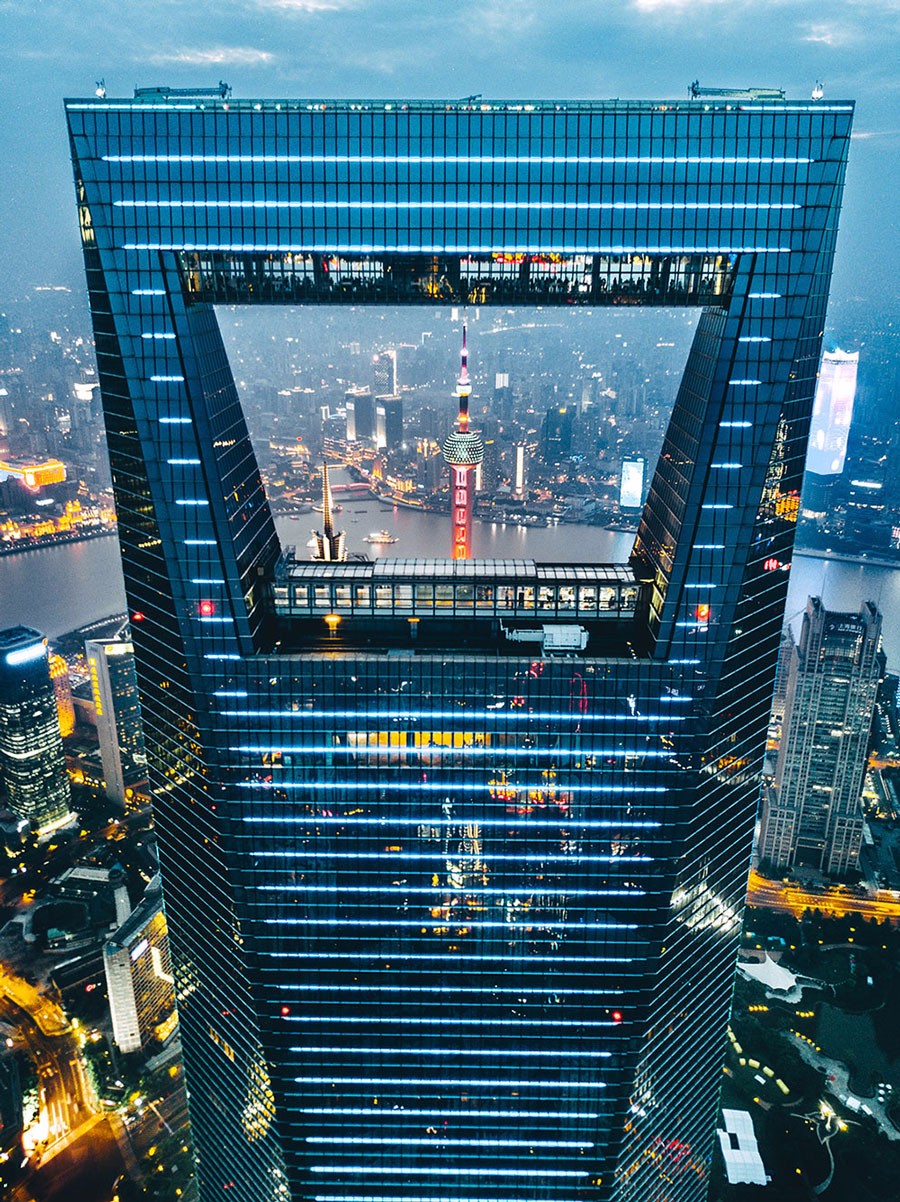 'The Bottle Opener by @nk7 (Shanghai) All images courtesy of the photographers and SkyPixel 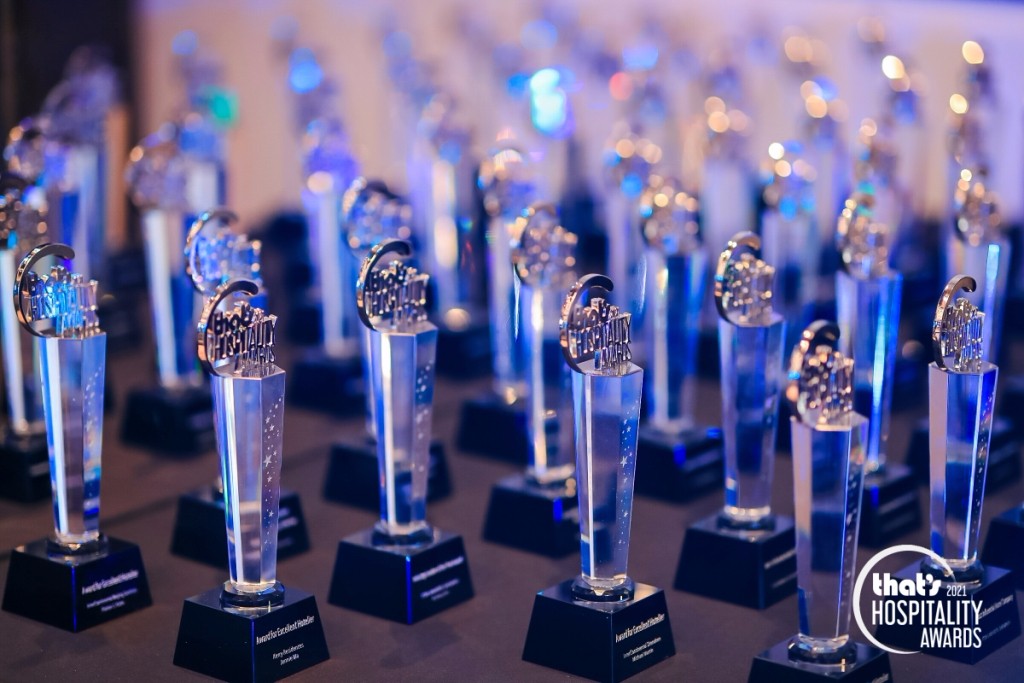 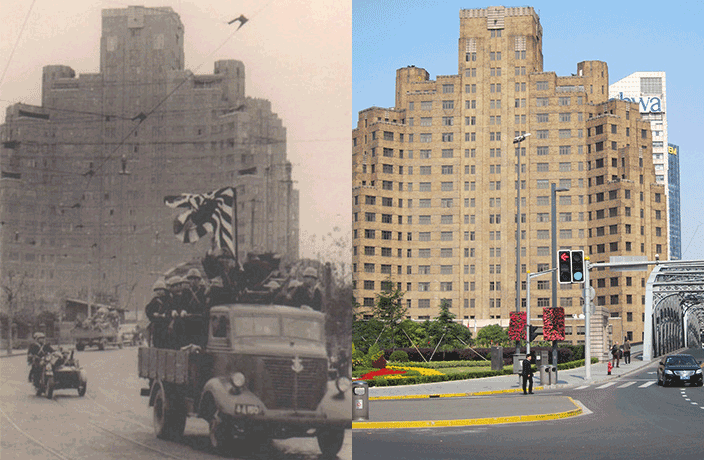