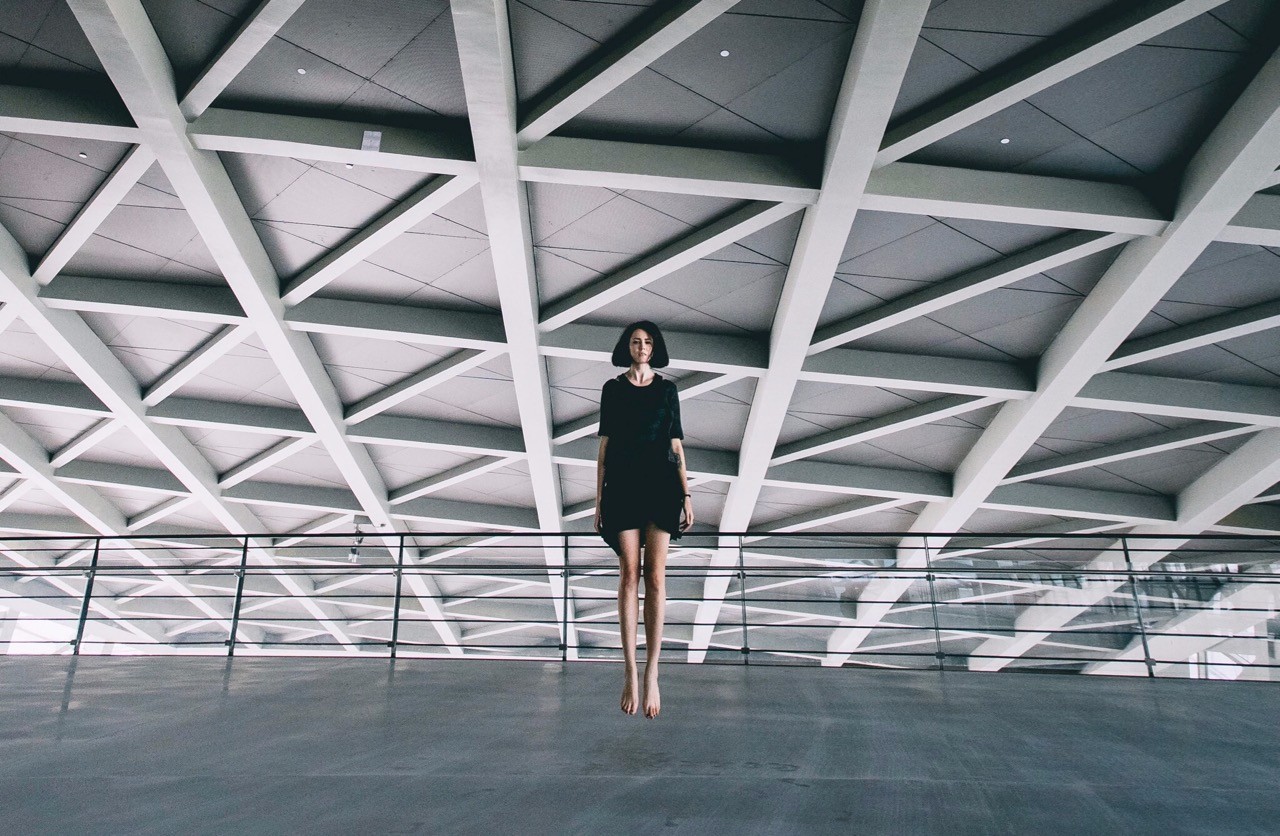 Rita Akhundova isn’t entirely sure why, but she would like nothing more than to change your mind about China – hopefully for the better.

“I just feel very good when people have a bad impression of China and then I show them another side and they go, ‘Oh my god, it’s amazing!’ I don’t know how to explain it – I just like the feeling.”

Moving to Guangzhou from Moscow two years ago to work as a fashion buyer, 28-year-old Akhundova spends her free time scanning Instagram, the web and even satellite maps to discover unfinished construction sites or unusual architecture to serve as backdrops for her photographs. 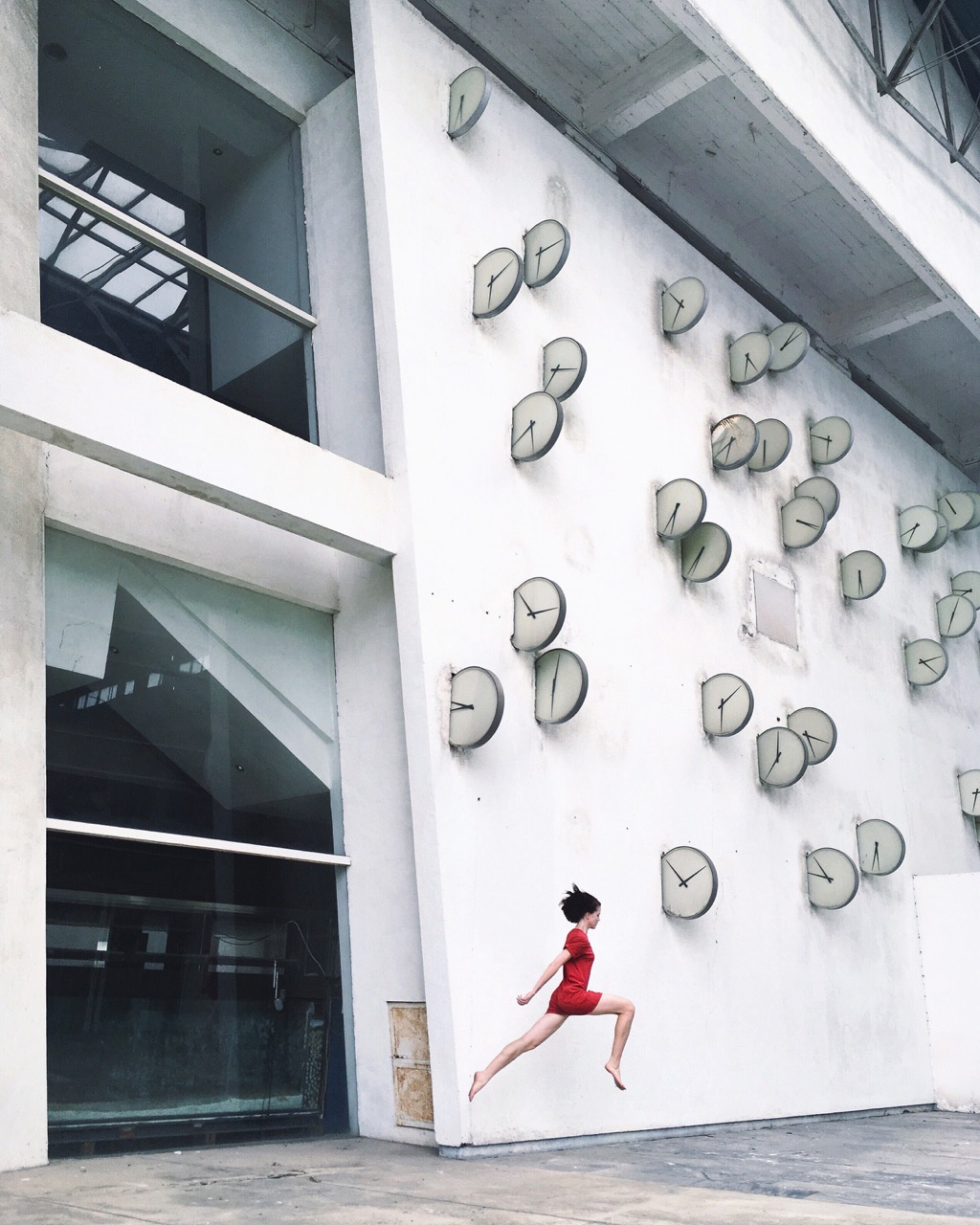 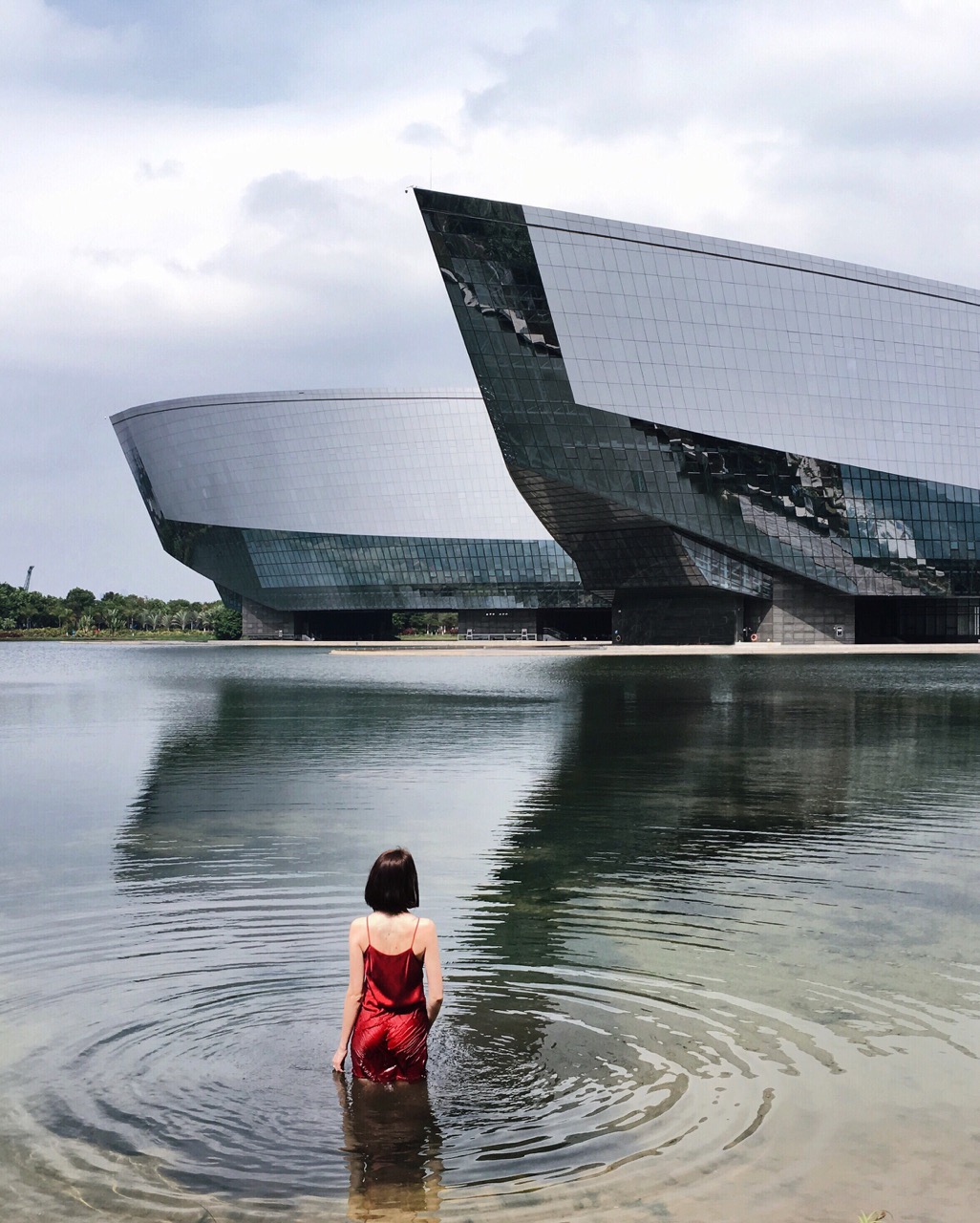 Fittingly named ‘Another China,’ her project strives to enlighten viewers who might otherwise see the country merely as a place of tea, the Great Wall and pagodas.

“I want to show it like a movie or like from another reality,” she tells us one afternoon in her home neighborhood of Taojin. “My goal is to show common or ordinary places in a very unique way, maybe in interesting sunlight or with a strange action, like sleeping in a blanket.”

By the latter, Akhundova is referring to a photo of her lying beneath a white comforter on a beam suspended high above Xiancun, an urban village in downtown Guangzhou. The image, which took four separate attempts to get right, is one of the few Akhundova didn’t take herself, explaining it was a difficult idea that required help from a friend (@jason_x1n). Most days, however, Akhundova is her own photographer, capturing surreal self-portraits using only an iPhone SE, small tripod and Bluetooth-connected remote control.

“Maybe now it’s a strange concept, but I think in the future it will be normal for everyone to take photos with iPhones instead of cameras,” she says. “It doesn’t matter what you use, the most important thing is good light and your vision.” 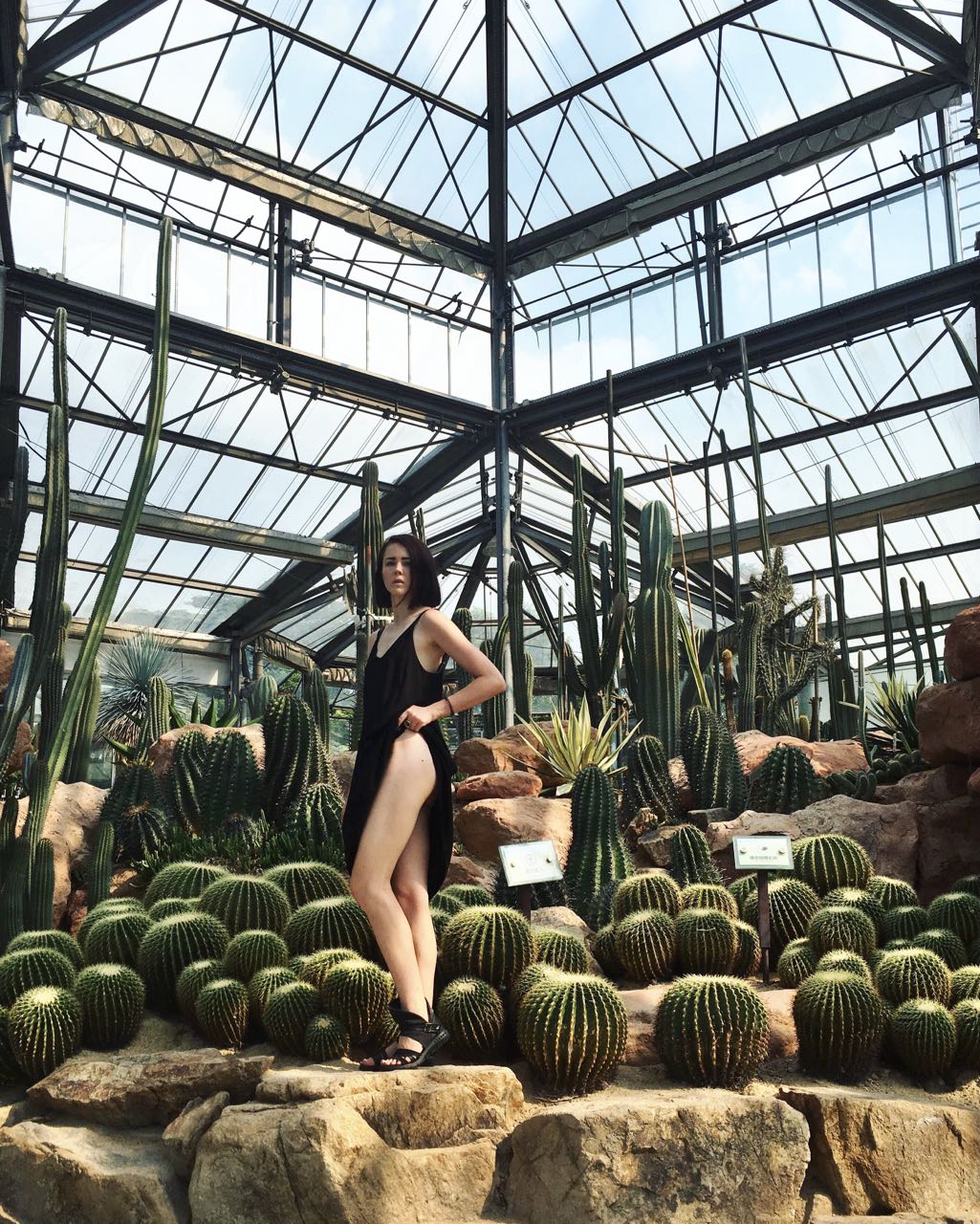 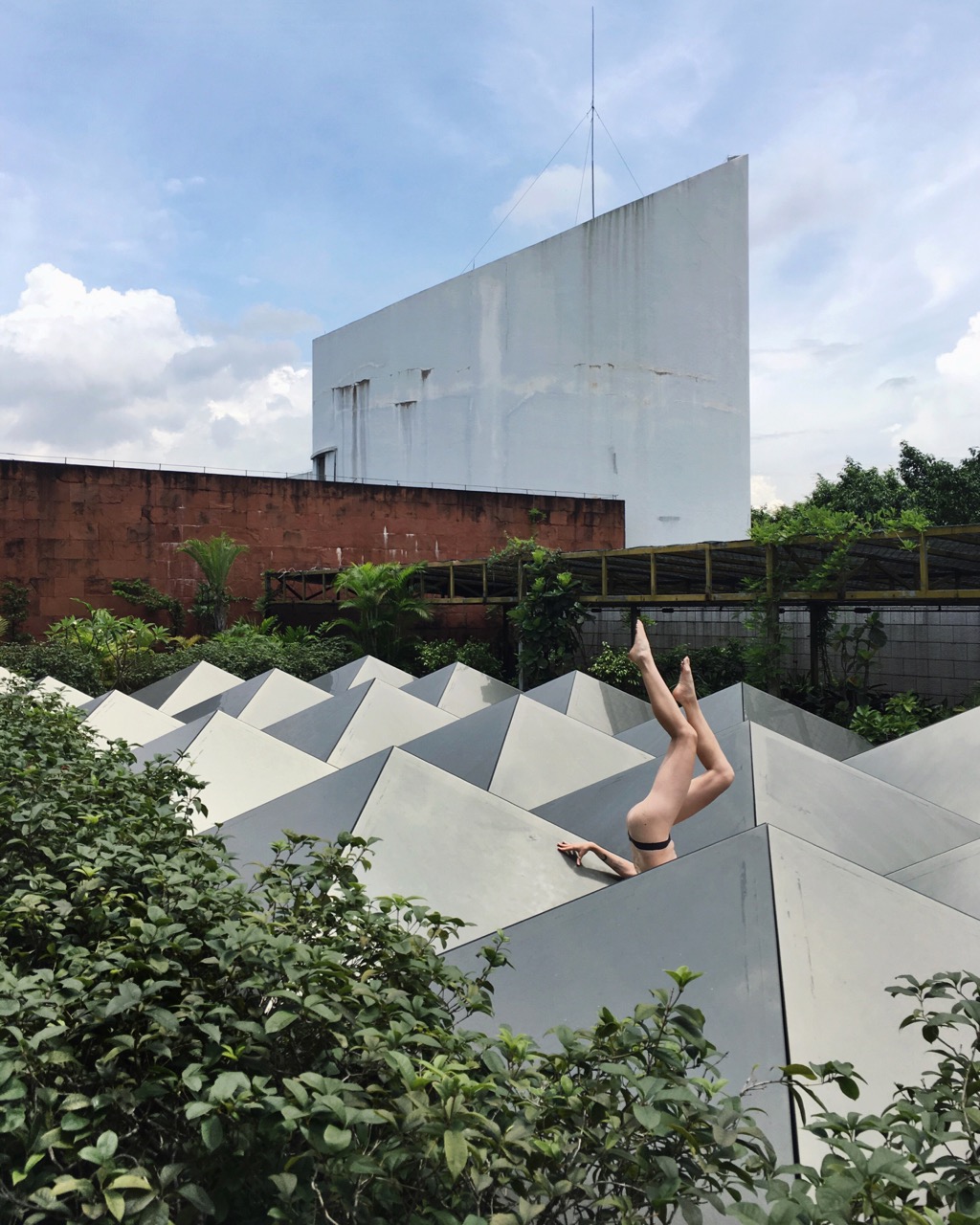 Akhundova doesn’t look for one specific element when selecting a scene. Instead, she’s fascinated by any unusual stages of buildings or cities in China, be it a completely bare, just-finished art museum in Shenzhen or an abandoned French restaurant in Guangzhou. This December, she plans to explore a new opera house in Harbin designed by Zaha Hadid, where the snowy landscape “should be really from another planet.” 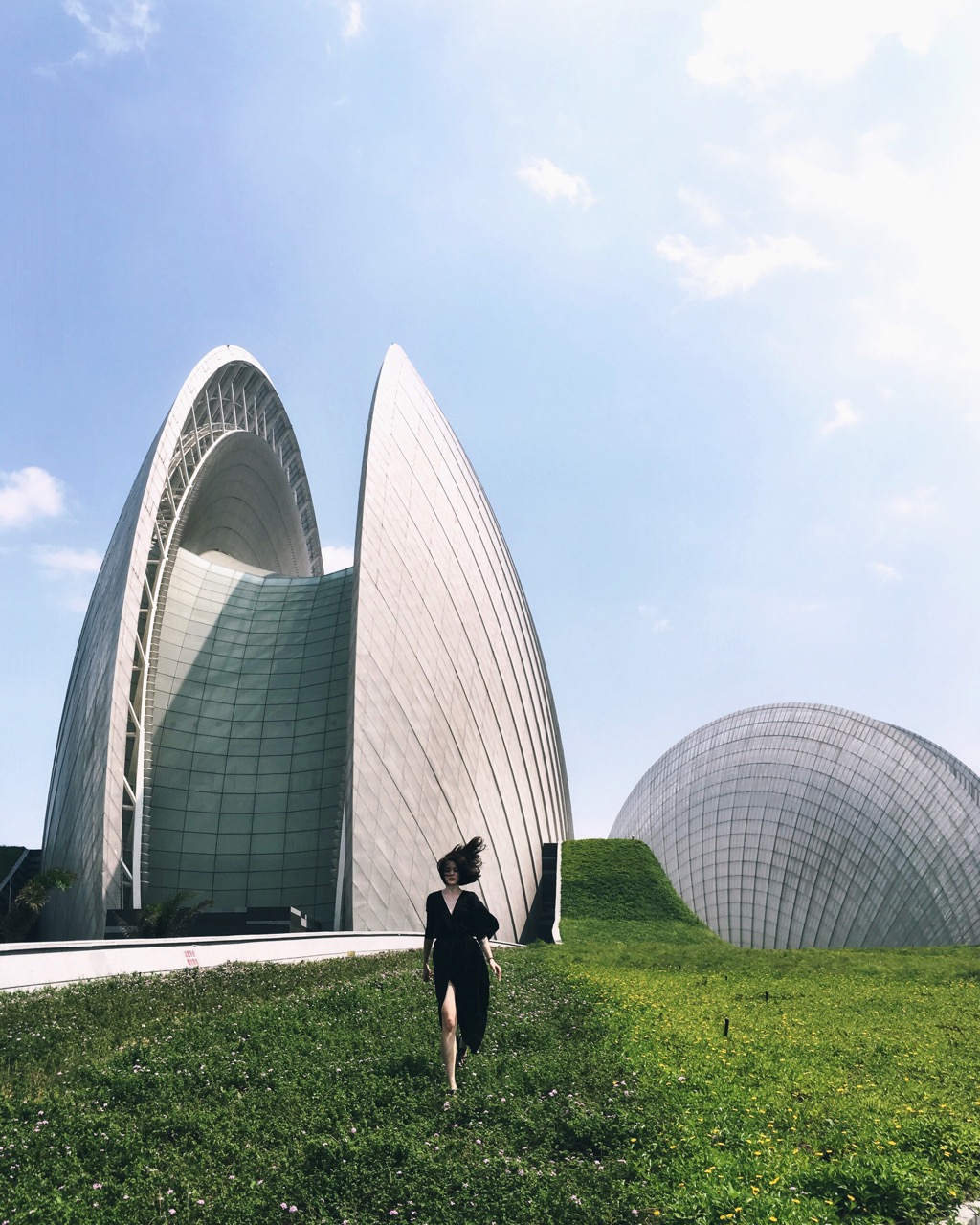 Though Akhundova poses in nearly all of her photos, her face is never fully exposed, adding another layer of intrigue to her dreamlike, Monument Valley-esque compositions. As for why she only wears dresses, Akhundova admits that’s all she owns (“I have no jeans or shorts in my wardrobe”).

Some of her shots have taken her right to the edge, tiptoeing barefoot – for better balance – on towering skyscrapers. “I’m not crazy,” she laughs. “If I’m not sure [about safety], I just won’t go to a place. But I’m not afraid of heights.” 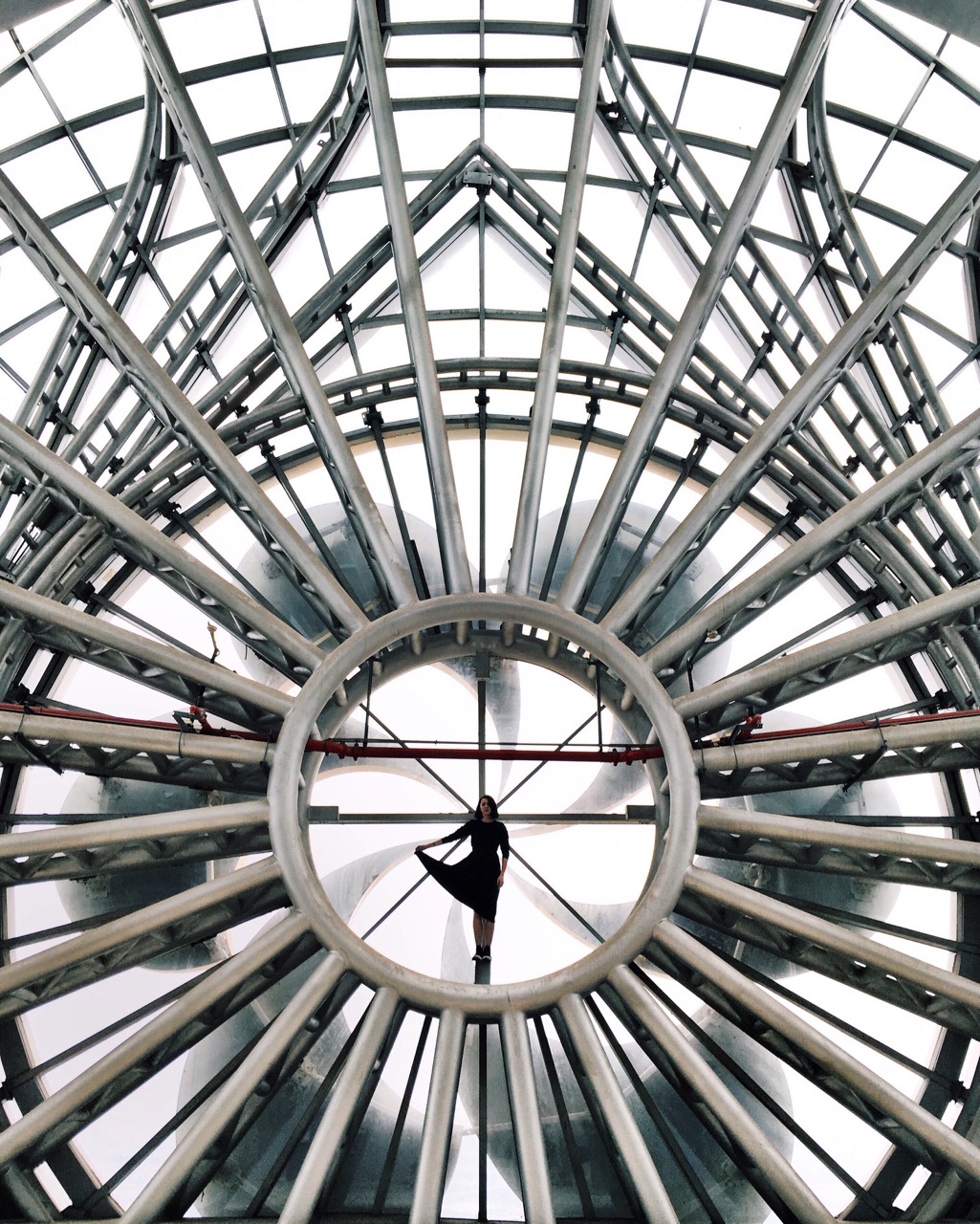 Joking that her mom is her biggest fan, Akhundova says she’s fortunate to have received so much support, including from the “huge family” of fellow urban explorers she’s met on Instagram.

An exhibition of her work, to be held in either Guangzhou or Moscow in the near future, will aim to showcase Akhundova’s blossoming hobby in a more impressive way than simply hanging printed photographs on a wall.

“I want to participate in projects that inspire people and communicate with different people,” she says. “Because then you expand your mind and you see how the world is amazing.” 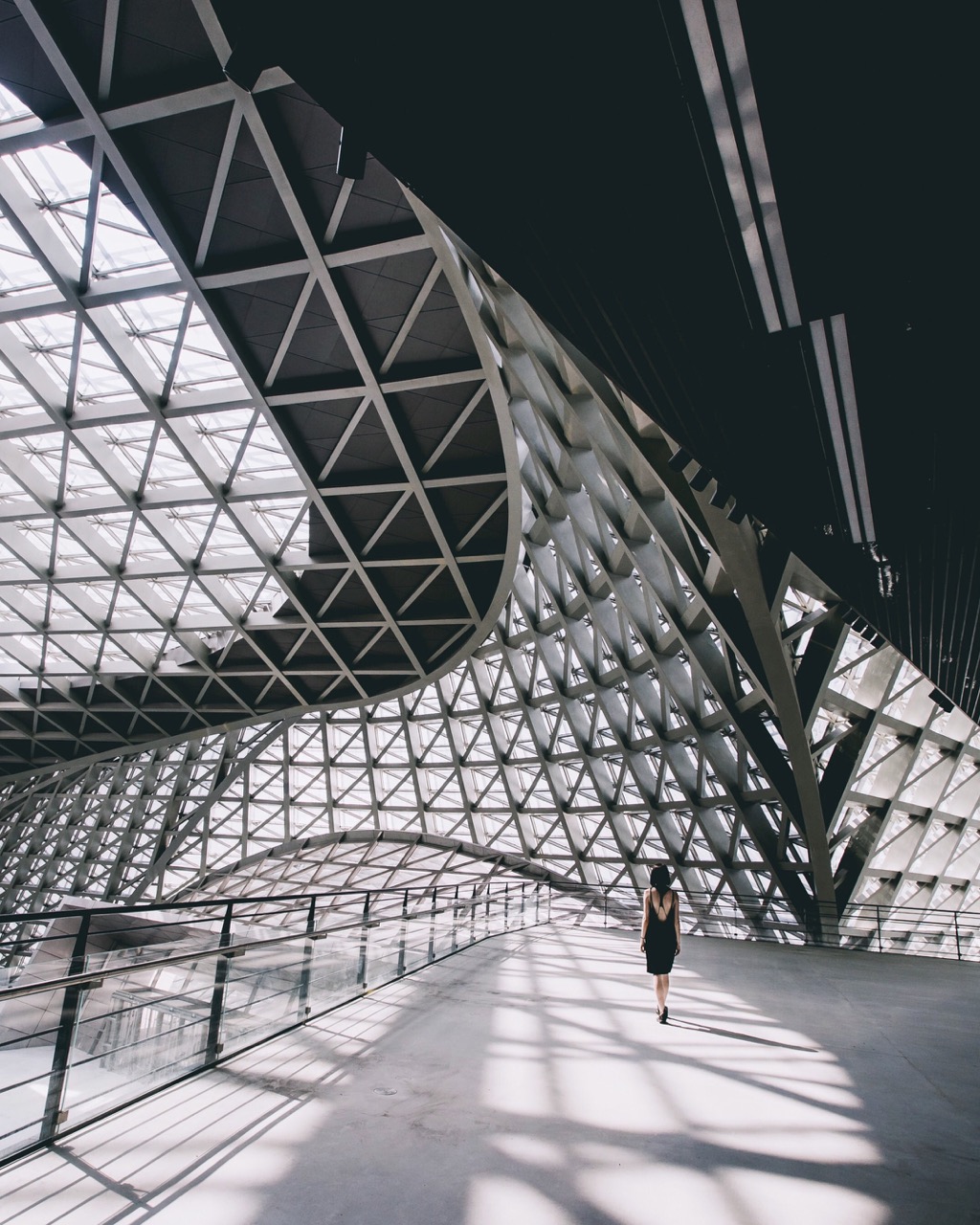 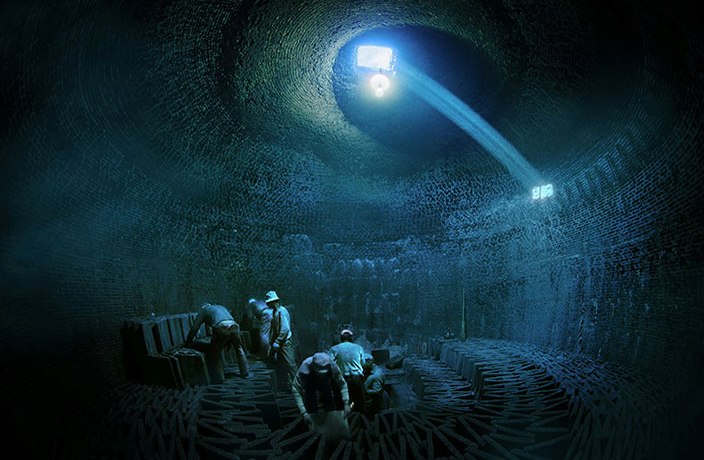 We look at the best pictures from China's 11 finalists shortlisted at this year's sony World Photography Awards.