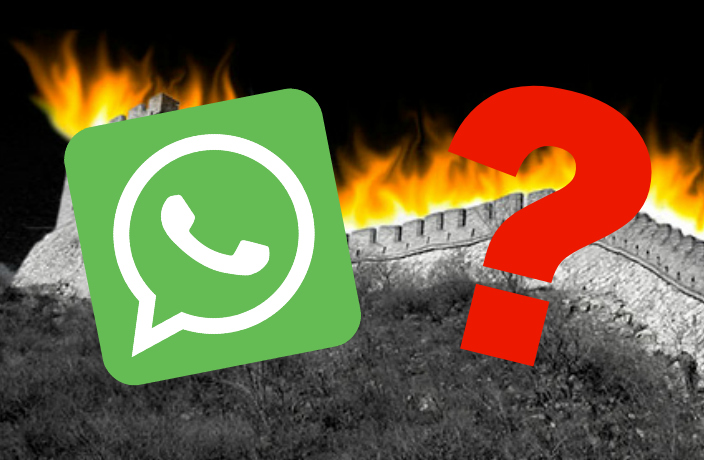 It looks like WhatsApp may be next on the chopping block as part of China’s push for cyber sovereignty, with mainland-based users reporting that voice messages and pictures can no longer be sent through the app, though text can still be sent and received. 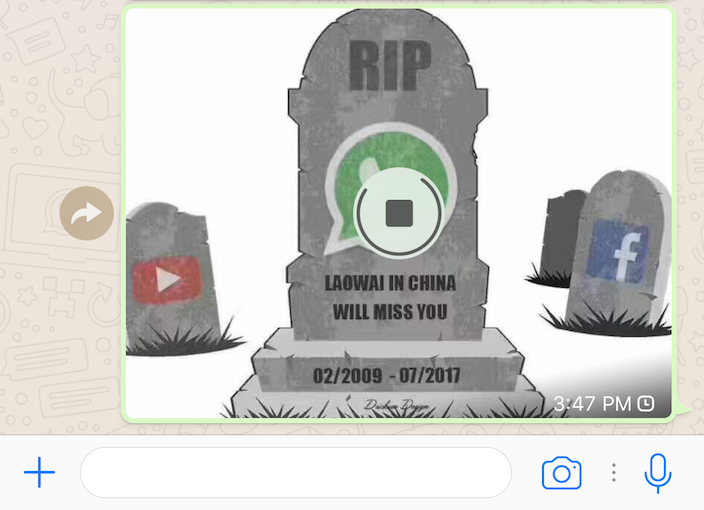 Multiple people report that attempts to access the WhatsApp website were unsuccessful, though a firewall testing service suggests it has not been blocked.

Will WhatsApp be fully blocked in the near future? That’s hard to say.

It’s possible the Facebook-owned app is facing a Gmail-style takedown.

Even after the main Google site was blocked, Gmail remained accessible until around December 2014 – but with bandwidth throttled, meaning slow connections that pushed users to migrate to other mail services.

READ MORE: Pinterest the Latest Site to be Blocked in China 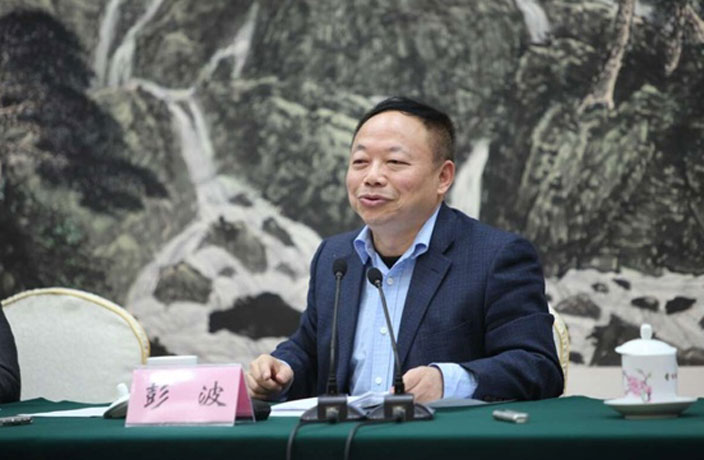