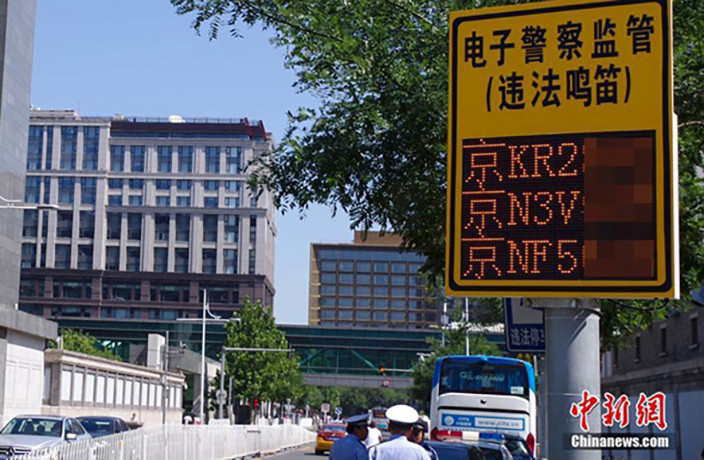 Do you ever get annoyed at the incessant honking that occurs in Beijing? Well, this is going to be welcome news for you.

Beijing drivers who honk their car horns willy nilly are even more likely to be slapped with fines. A series of "honking detectors" have now been installed along numerous busy roads in the capital as part of a pilot program.

"The detectors consist of three parts, namely, a microphone array acquisition device, an electronic capture and a LED prompt system. Combining the three systems, we can distinguish between the sounds of horns, brakes and engine noise, etc.," said Li Jianfeng, the deputy director of the Scientific and Technical Information Department of the bureau.

By the sound of it the machines can accurately target which vehicles are doing the honking.

"The detectors can accurately collect honks." Li said. "Even parallel vehicles can also be identified based on their position in each lane; the recognition locator feature can reflect the direction the honks are coming from, so there will be no misjudgment."

The devices are equipped with cameras that photograph the offender’s vehicle. The person will then be tracked down and issued a fine. According to the law, anyone who is caught honking indiscriminately will be fined RMB100 (USD14.76).