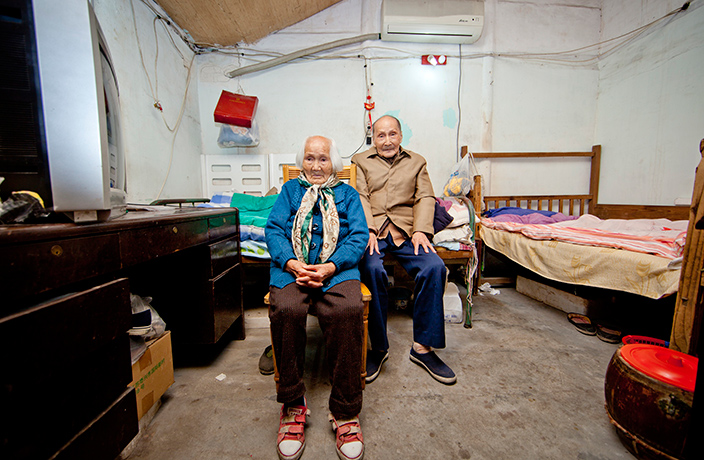 With a combined age of 207, Shanghai’s oldest couple Zhang Mucheng and Xu Dongying have lived through the fall of imperial China, the founding of the republic, foreign invasion, world wars, a civil war and revolutions.

They have also lived through 82 years of marriage to one another. “We are from the Qing Dynasty (1644-1911), so we do things the old way," explains Xu, 102. They were married in January 1930, and it was all arranged by their parents. They came into it as complete strangers.

“We knew that we would have many years to get to know one another,” says Zhang. “At that time we didn't have many choices. All you could do was hope to find a good girl who could help you with the housekeeping.”

Zhang cannot even recall his first impression of Xu. “Impression? It was all done on the orders of the parents and words of the matchmaker.” Gently pressed, he recollects that, “she looked pretty short.”

Xu spent her childhood years living away from her parents after “a fortuneteller said my horoscope showed I was not compatible with my father.” Like many girls at that time, she did not have access to schooling and devoted herself to household chores. 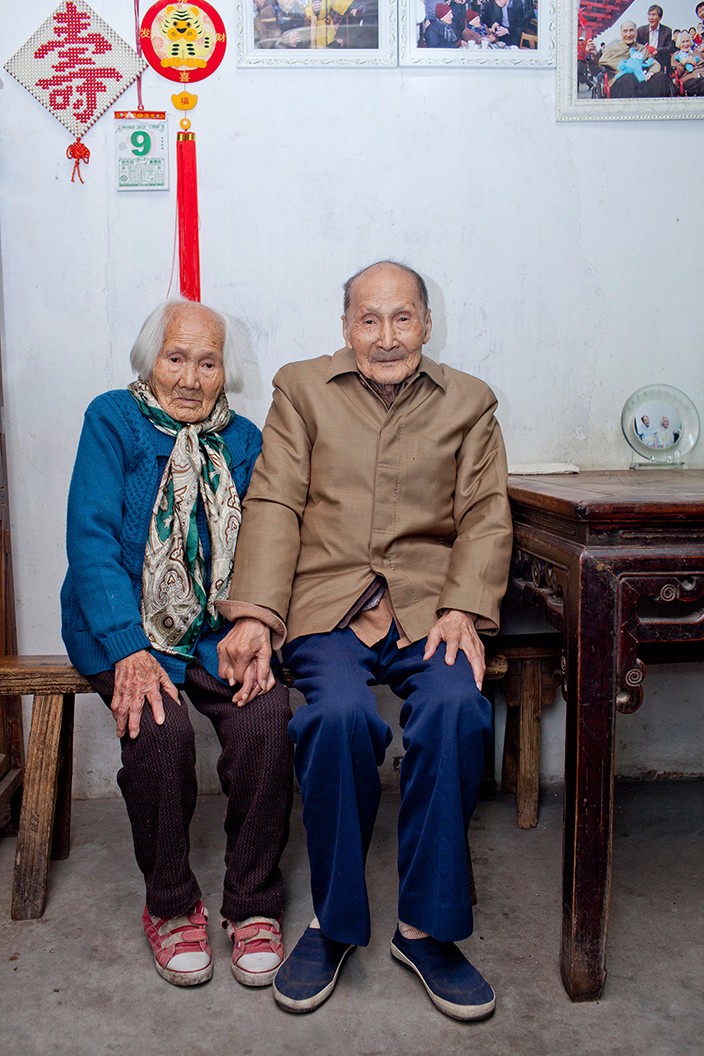 “My mother-in-law is illiterate,” explains Huang Xiudi, her daughter-in-law, who has been living next door to the couple for 36 years. “Her favorite way of killing time when she was young was to go chatting with neighbors with a baby in her arms.

“The reason they never fought with each other was that my father-in-law took care of most things, including buying food and cooking, and that my mother-in-law showed no opposition to him,” Huang continues. “That’s what traditional Chinese wives were like: they listened to their husbands.”

Zhang, meanwhile, went to school from the age of 10 and started helping his father at the family traditional medicine drugstore from 14. Both were born near the basic two-room space they live in, just 15-minute’s walk from prosperous Jinqiao. “It was quite busy around here a century ago,” Zhang recalls. “The county fair was held here. We could find everything.”

In fact, they have lived out almost the entirety of their lives in this small patch of Pudong, but for the time Zhang purchased his own drugstore in Puxi. The farthest a field the 103-year-old ever traveled was to Nanjing, a treat from the Chinese railway system when one of their sons got a job there in 1960.

They also left after the invasion Japanese in 1937, when Zhang took the family to a nearby village and rented a house waiting for news. But after a month, when it turned out that the Japanese wouldn’t harm his home and business, he returned and got back about his everyday life.

Zhang’s life seems like a rock in a river, unchanged by the turbulent flow of Modern Chinese history. The only wave that may have left a slight mark was losing ownership of his drugstore in 1950 under the socialist reforms. But it was such a small store (he had just two employees at its height) and he still walked through the same door everyday, facing the same customers, that he hardly counted it as a loss.


Despite having a large family to feed, Zhang also remained generous. “He often gave free medicine to the poor, although he was not rich," says Huang. “Sometimes, when someone died and their family could not afford a coffin, he gave them money so the dead could rest in peace.”

The building Zhang and Xu live in is more than 150 years old, and rain penetrates through the ceiling when it gets heavy. The smell of cooking and sound of TV drift in from the young tenant family next door because the upper part of the house is not sealed with a wall. 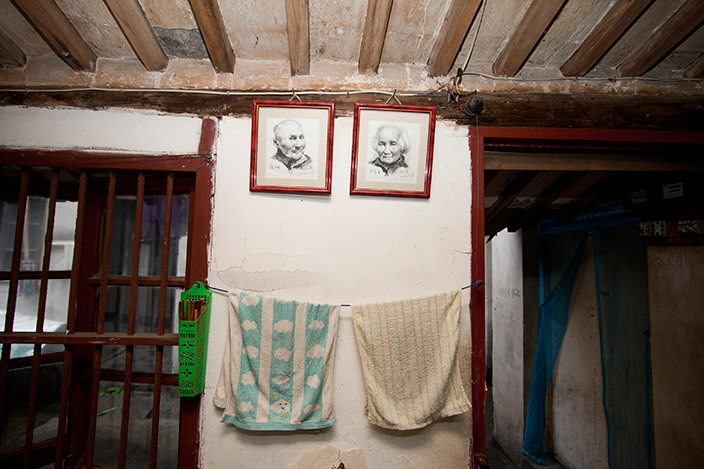 “If there is any regret for them, it is that they’ve been longing for better residence conditions, like a bright spacious apartment in one of those tall buildings,” says Huang. “But they’ve never known a single day like that.”

Zhang himself put their enduring relationship down to tolerance and understanding, “It is hard to say who is right or who is wrong in a family. When our spouses are angry, we need to step back and try to understand each other better."

Like most old people in China, they’ve never thought about celebrating their wedding anniversary. “We are not used to kissing and hugging,” Xu adds. "We just feel good when we are together."

They seldom “go to Shanghai” anymore, as they put it (they still feel they are outside the city, even though Pudong was absorbed into an expanding Shanghai decades ago). And while Zhang still takes strolls in the neighborhood everyday, Xu can’t walk in the room without help.

"It was quite busy around here one century ago. The county fair was held here. We could find everything."

“My father-in-law really enjoyed reading before he turned 90 and his eyesight began to fail,” says Huang. “What he most loved was kung-fu novels. Jin Yong’s works? He finished all of them long time ago. He still reads newspapers these days, and they watch TV.”

Zhang and Xu have only celebrated their birthdays three times - their 80th, 90th and 100th – and that was on the insistence of the their family and the neighborhood committee. It was a simple dinner in a restaurant with 15 tables of guests.

Their legend of longevity looks like it may break more records to break in future. They eat well and, unlike most seniors, get plenty of sleep. “They go to bed 7pm, get up to pee around 4am, then go back to sleep until 6am,” say Huang. “They take a few naps during the day too.”

In their own words.