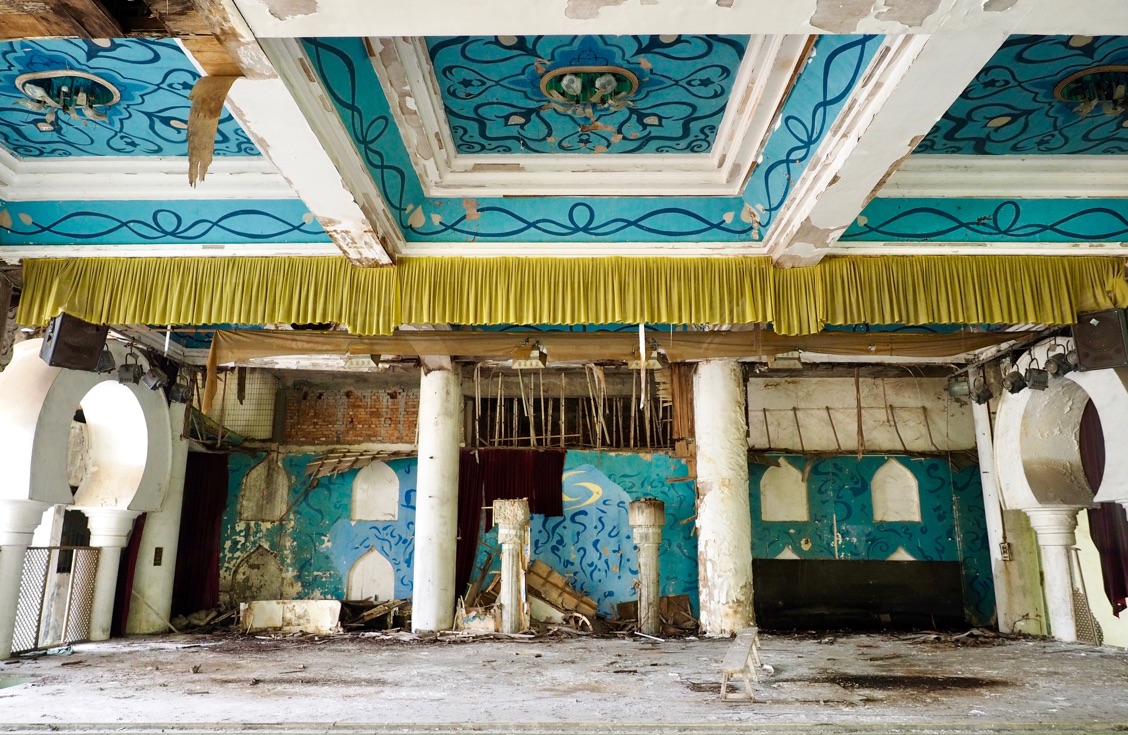 The moment the guard laid his vicious eyes on us, we knew the jig was up and a hefty fine was about to be demanded.

It was a sizzling afternoon in late May, and there we were in remote Huangcun, a Guangzhou suburb, sitting on roadside chairs outside a shabby convenience store sipping jinjiu and coke.

We had just undertaken the one-hour commute to the Huangcun Metro Station and a half hour of walking and fence-jumping through the enormous Guangdong Olympic Stadium to make it to the gate of what was once Guangzhou’s biggest amusement park: Grand World Scenic Park. A week earlier, it was just an abandoned amusement park we’d read about in an old news report. On that sunny afternoon, however, after a bit of Gollum-esque sneaking, we found ourselves inside.

Guangdong saw a boom in amusement parks in the early 1990s. In the wake of the roaring success of Shenzhen’s Window of the World, Grand World Scenic Park, occupying an area of about 48 square kilometers and costing somewhere in the neighborhood of RMB600 million to construct, opened its gates in 1995. Hundreds of thousands of visitors came every month.

Billing itself as a ‘world-themed’ amusement park, its grounds are dotted with landmarks from around the world – some of them reportedly the same size as the originals. A Guangzhou Daily article published in August 2009 reported monthly ticketing contributed to an approximate income of RMB30 million for the amusement park in 1996. 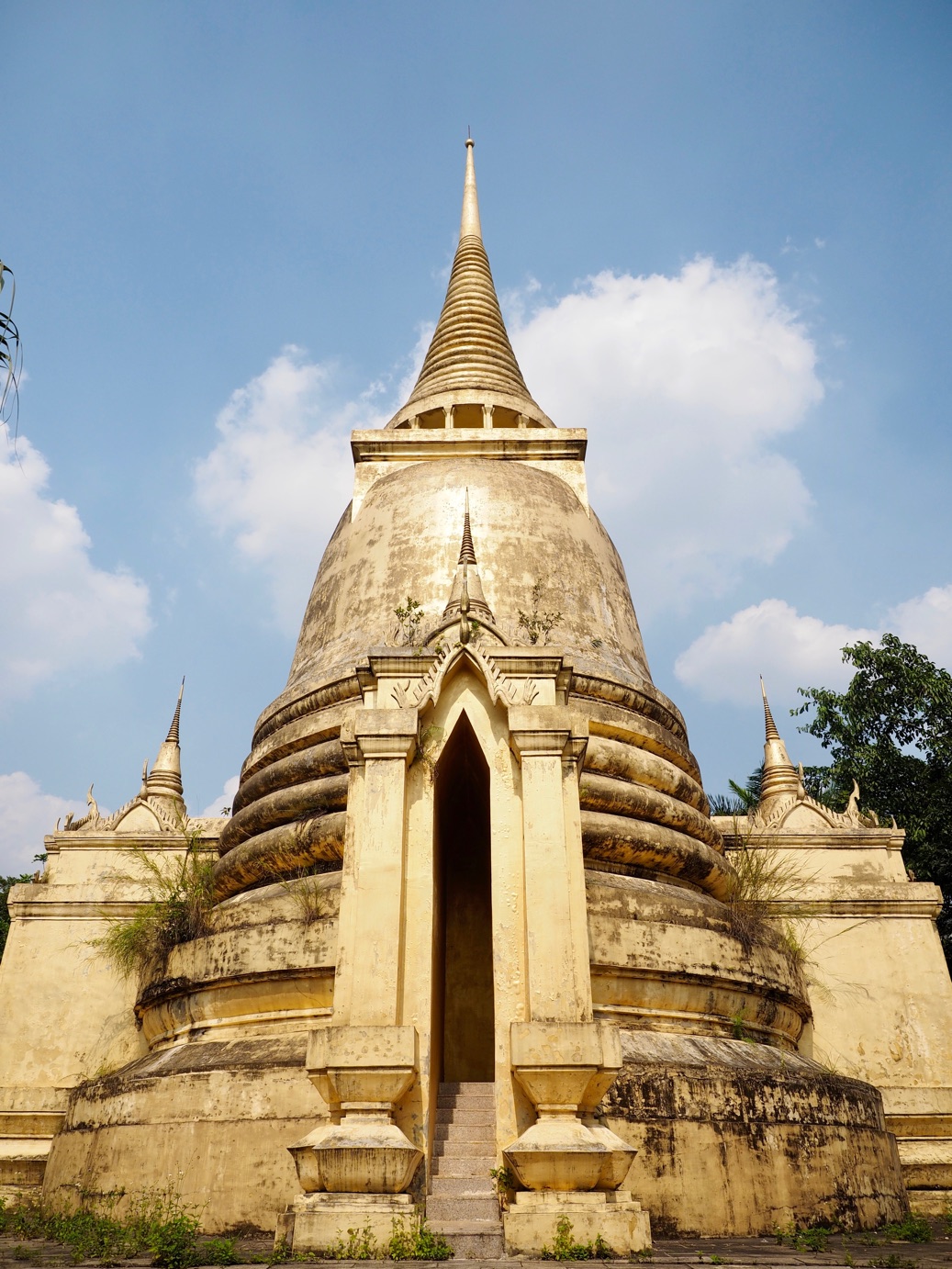 But just a year later, it saw a significant decline in profits and the company behind Grand World Scenic Park sunk into a morass of debt.

Confrontation began in 2005 when its creditor asked for an auction of the land, only to be refused by the amusement park. In 2009, part of the amusement park was set ablaze as a mob of 40 men rioted, armed with broadswords, harpoons and guns, according to a Guangzhou Daily report. 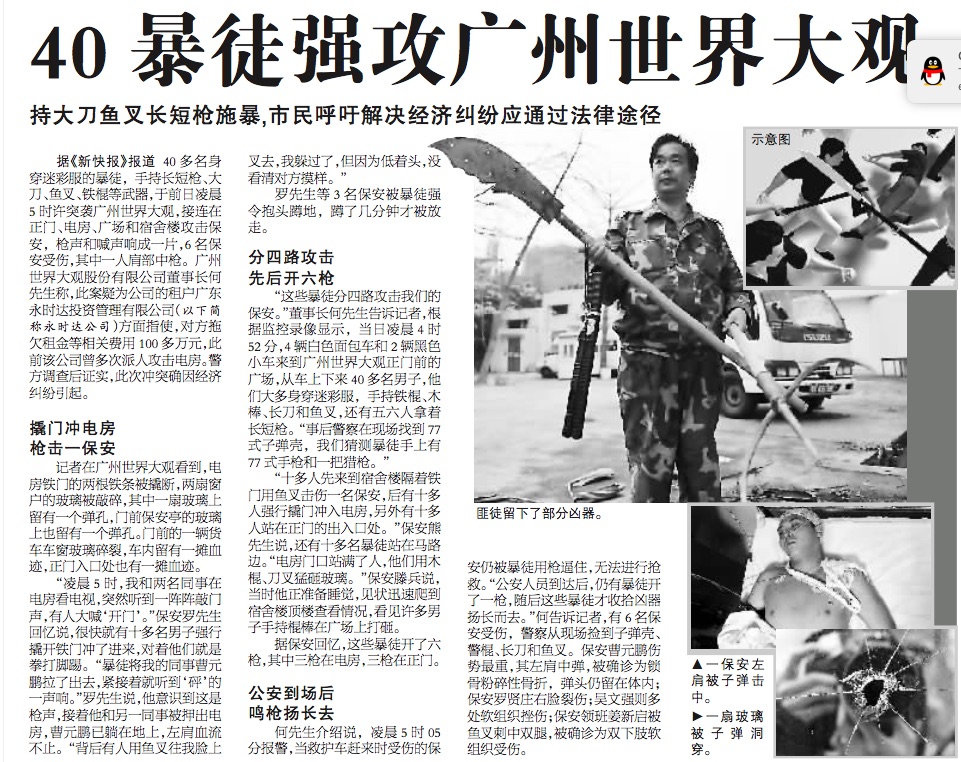 Despite the storied history, when we arrived at the park’s main gate, there were no signs marking the entrance, only a metal replica of the ram statue in Guangzhou’s Yuexiu Park sitting on a rusty globe. The now-defunct park no longer allows visitors but is rented out to a private wedding photography studio. So, there we were, a party of three, being stopped at the entrance by a sturdy man who refused to ‘sell tickets.’ So we improvised.

Following the long fence around the outside of the park, we found a place where other miscreants had apparently cut a hole (because, you know, we aren’t that shady).

Inside, we were greeted by a rotted wooden house with a floor covered in broken glass, while across the road a couple in full wedding regalia posed for photos. 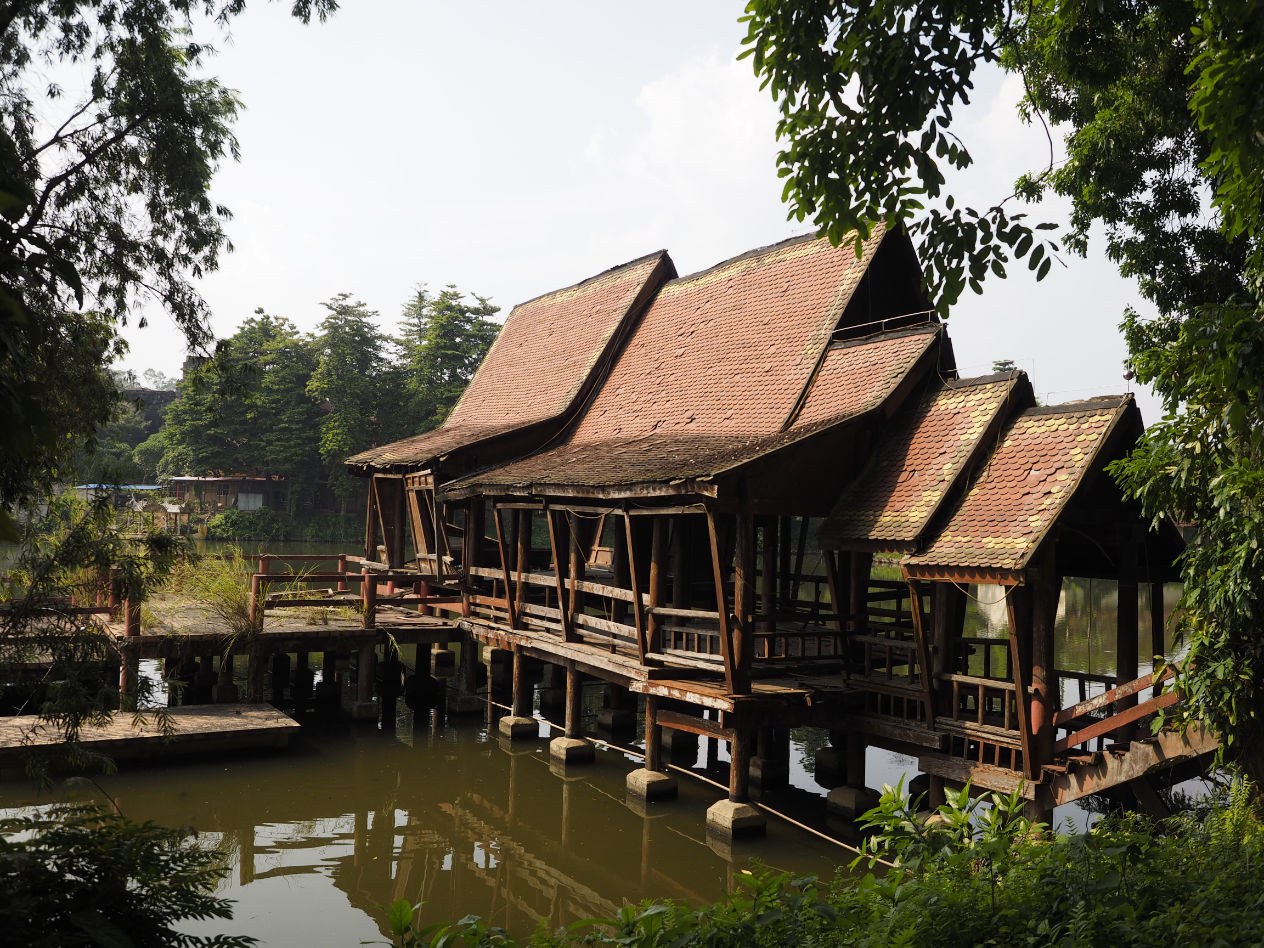 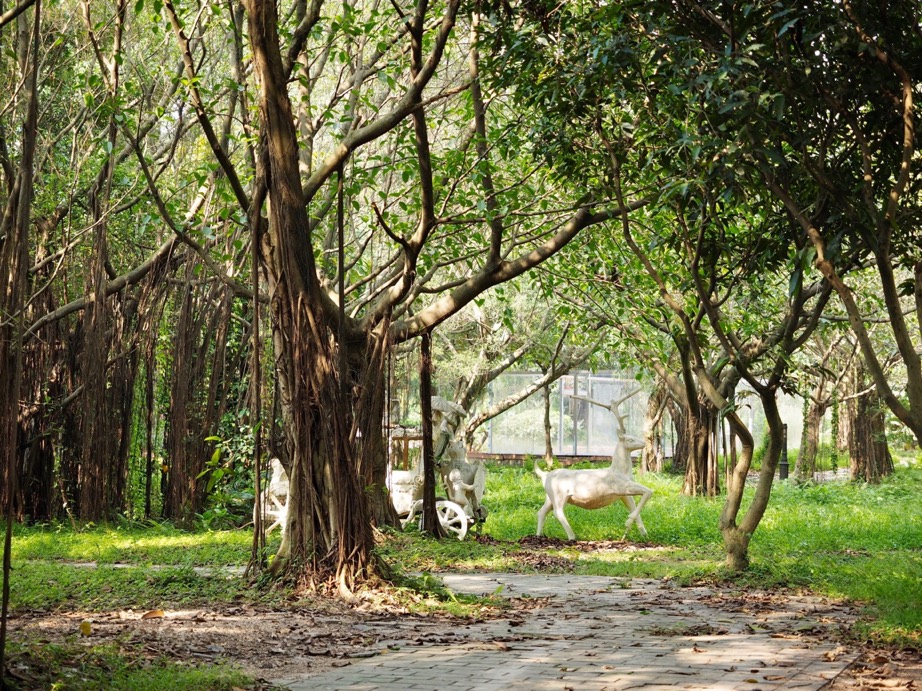 Avoiding eye contact and attempting to look like we had just as much right to be there as them, we strolled by, coming on the bleak sight of unkempt Buddha statues and a rotting Thai-style structure. Twigs have grown into the glassless windows, and a moss-like layer of vegetation now covers most statues.

For 20 minutes, we stealthily photographed and videotaped ramshackle Thai houses, a weathered Buddhist temple and wrecked Arabic theaters. Security staff use electric carts to patrol a paved path that leads to an imitation Greek theater, the Palais Garnier, an aerospace theme park and a quirky selection of other architectural knockoffs. 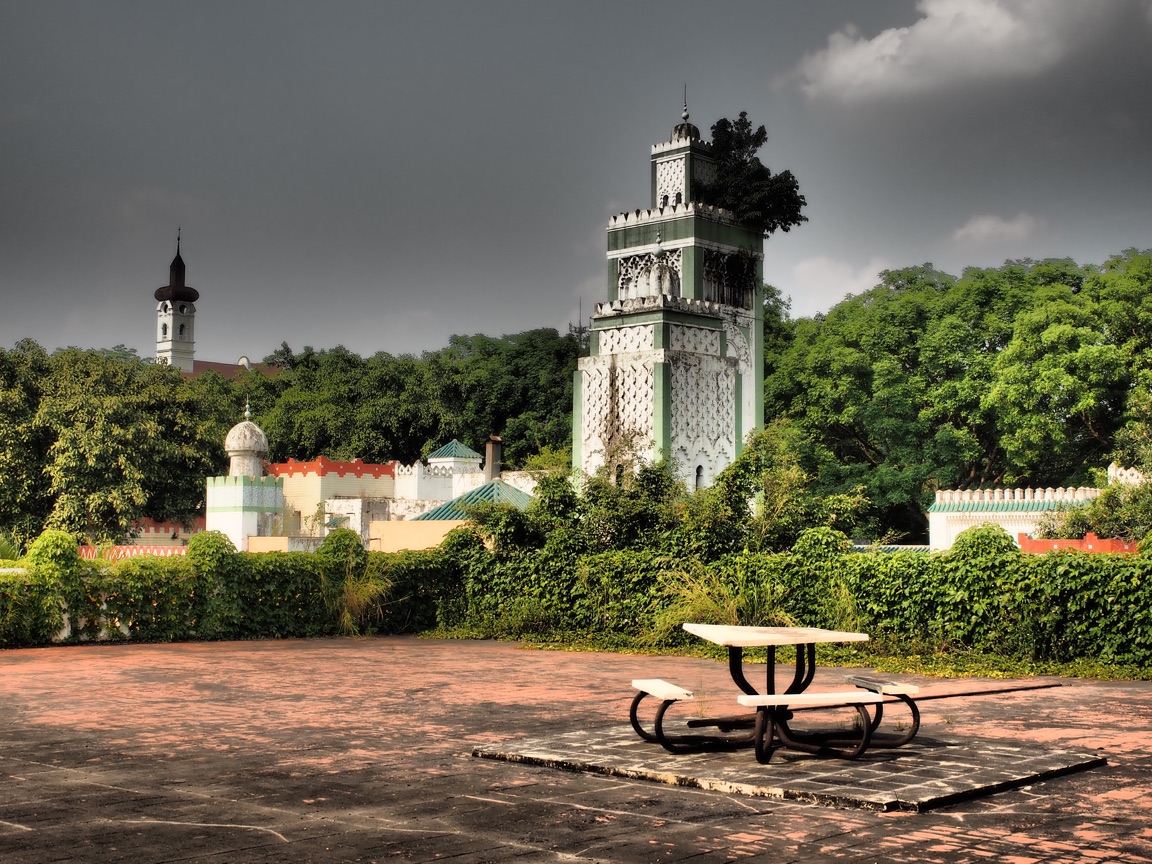 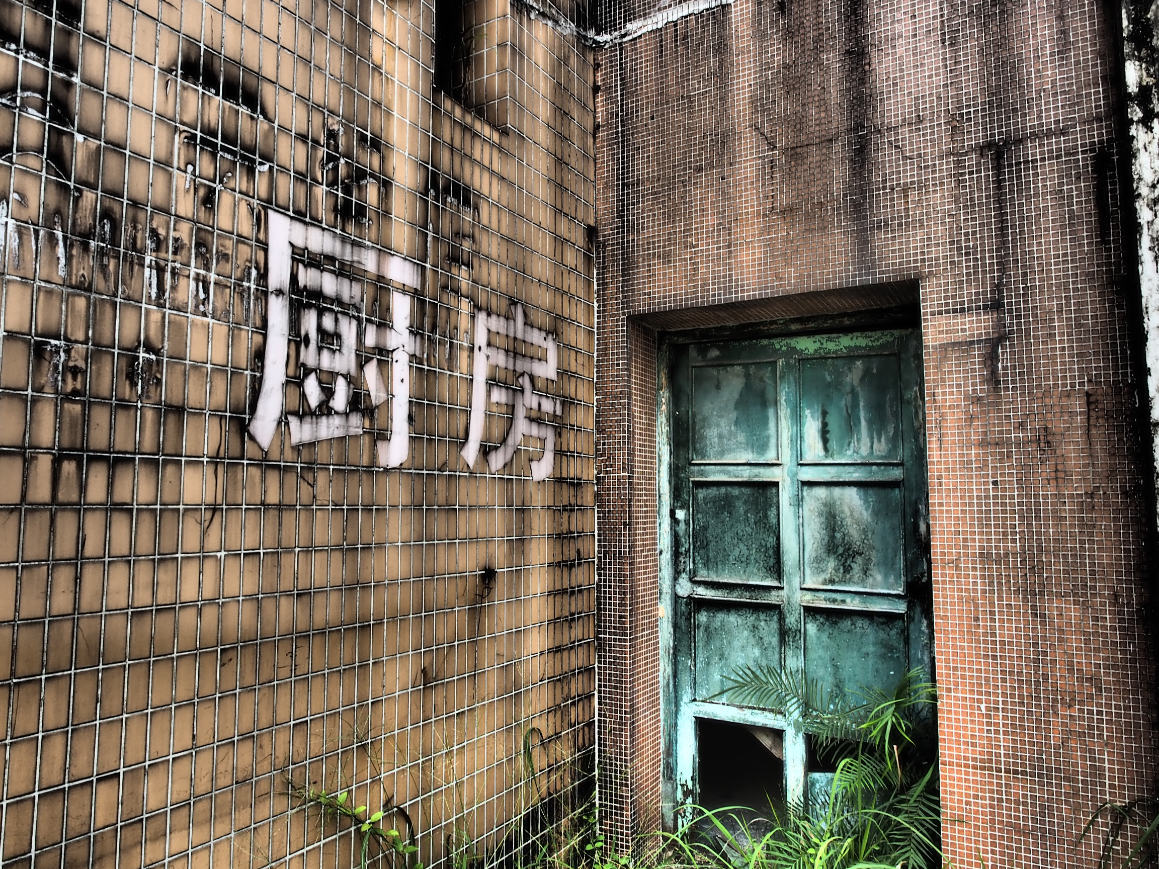 It was precisely one of these guards who eventually pulled over and ‘invited’ us to a ride out of the park in a golf cart. Busted.

According to various online sources, previous interlopers have faced fines up to RMB500 – but we were more concerned with facing the burly guard we’d attempted to buy entry from earlier.

Fortunately, when we exited the park, he was too occupied with his phone to see us. 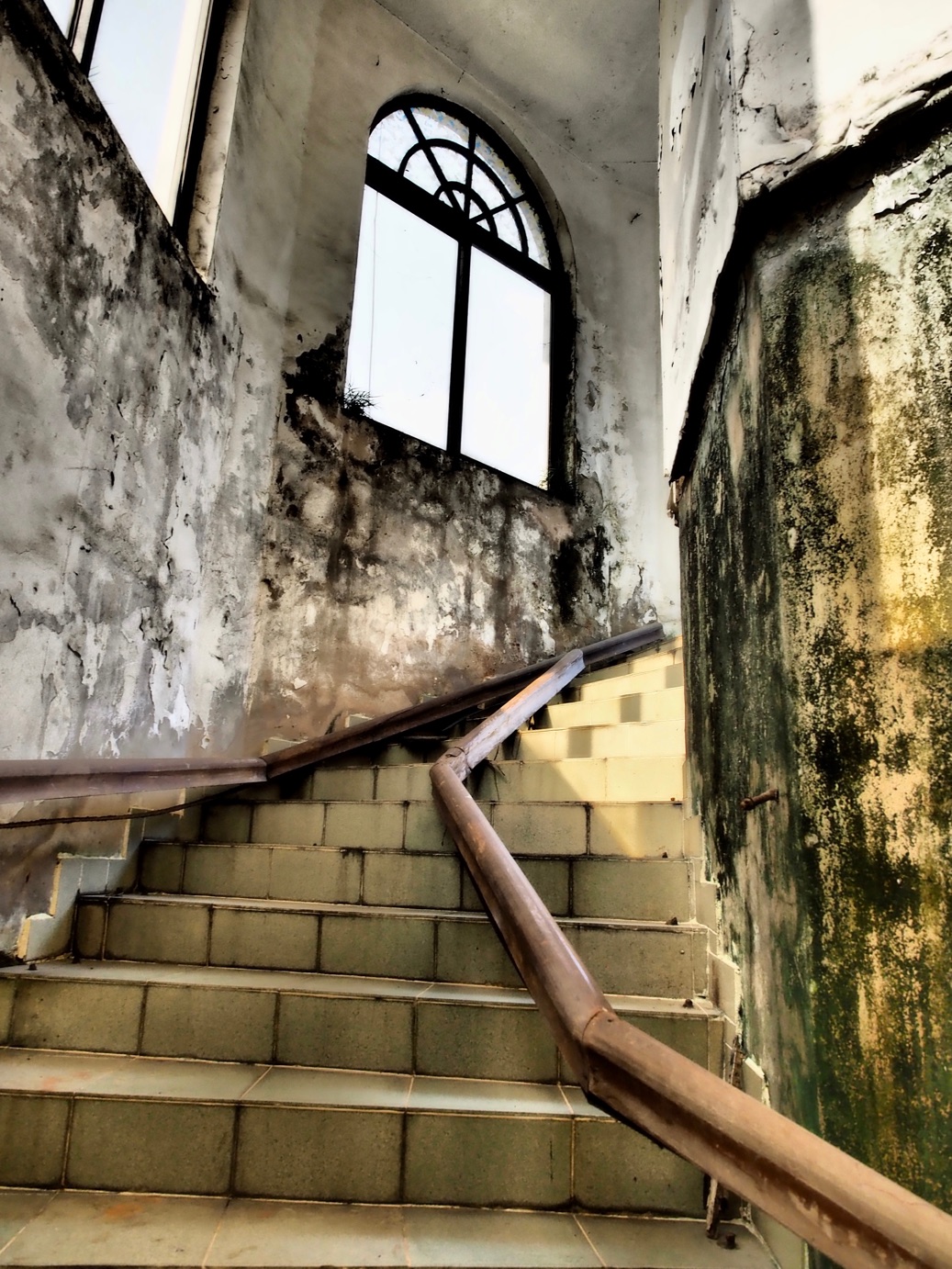 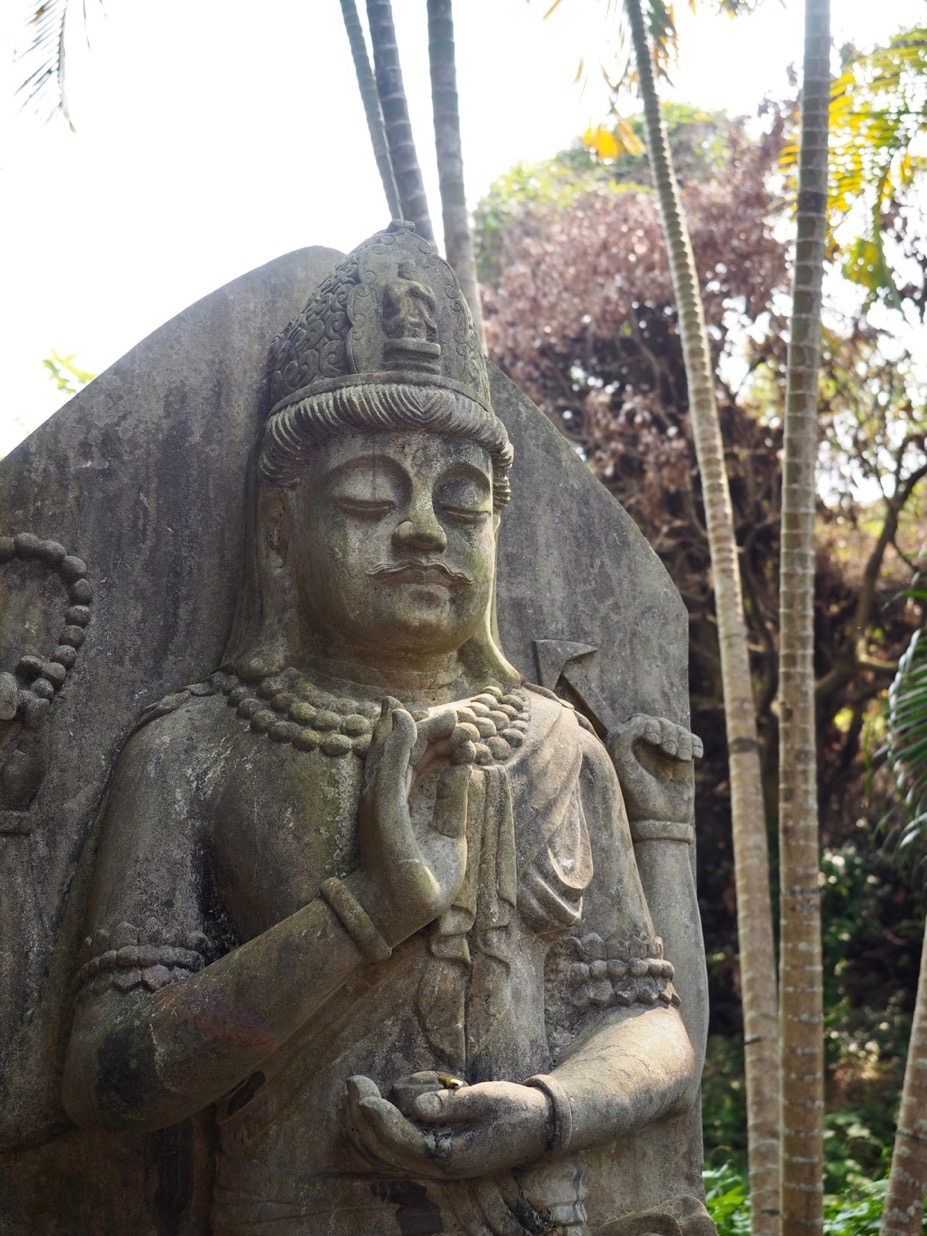 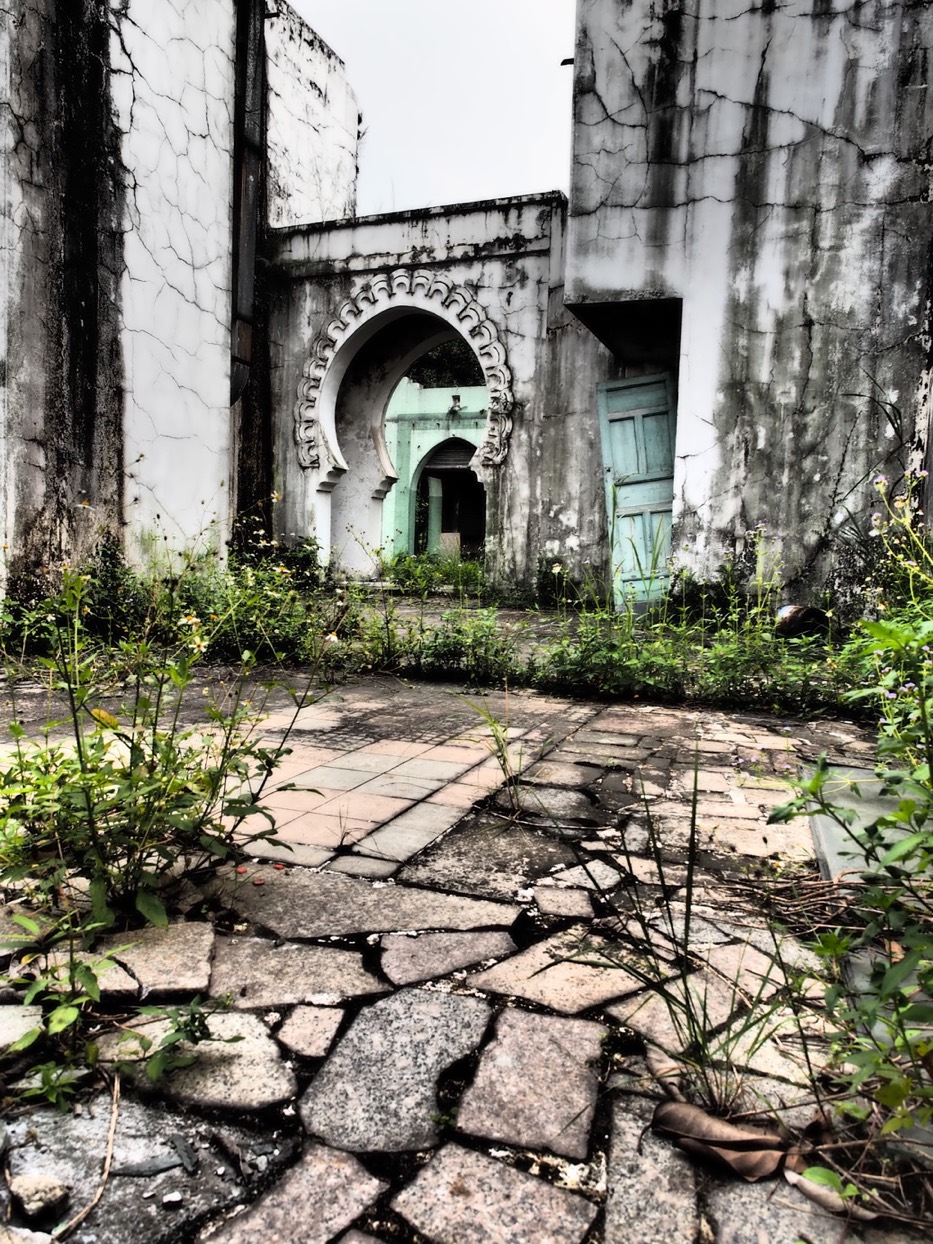 Watch the video recap of our Grand World Scenic Park escapades below (VPN off):