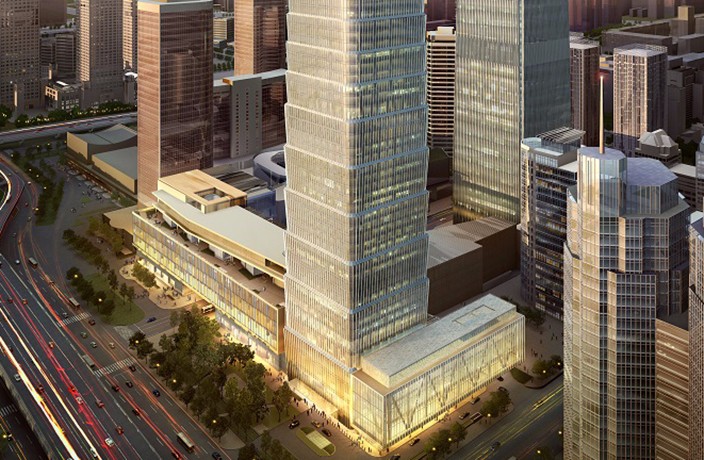 China World Mall is ridiculous, but in a good way. It is the latest and most ambitious Beijing opening of the year. Last year, when Sanlitun’s Topwin Center opened, I ate at every restaurant inside over the course of one week. I will not do that this year, or ever again. But as your esteemed local shopping mall correspondent, I will tell you this: China World Mall is way cooler than Topwin, and sorry Topwin, it’s not even a contest. Here’s a picture of the new Blue Frog’s terrace if you don’t believe me: 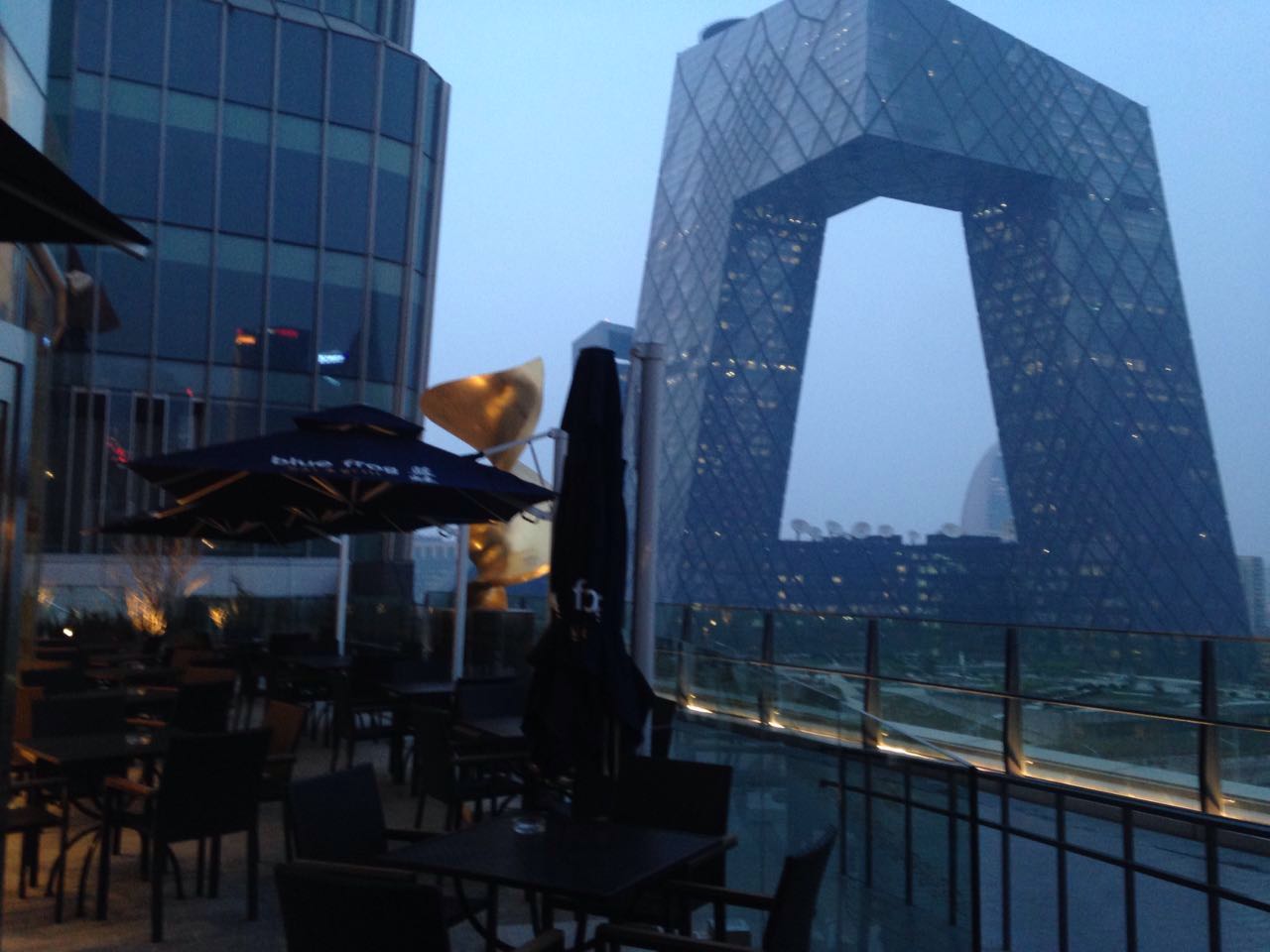 Currently, the mall is in soft opening, and only some of its restaurants and shops are open. But even with half the places closed, you will have trouble deciding where to eat. There’s just so much stuff. Things up and running include: Sproutworks, a hip salad bar from Shanghai; Taiwanese noodle shop Du Hsiao Yueh; COS; Venchi, an upscale gelato and chocolate shop; a very purple two-story KTV; and a pho place called Pho.

On the Wednesday night of our visit, the most popular spots were Putien, the Hong Kong restaurant not to be confused with the French curse word putain, and Meat Up – a fast-food steak joint, no really, that’s a thing. I did a double take when I saw Meat Up hawking Opera Bombana bread, but I can confirm: It is the real Opera Bombana bread. Opera Bombana, by the way, makes good bread.

While we heard word of discounts across the mall during this soft-opening period, a restaurant worker told us we would need a special Guomao card to redeem them. But then she took pity on us anyway and gave us a free bag of tortilla chips from the make-your-own-burrito bar – review coming soon ;) – where we found her. The chips came in brown paper bags. Huh. Wonder where they got that idea. 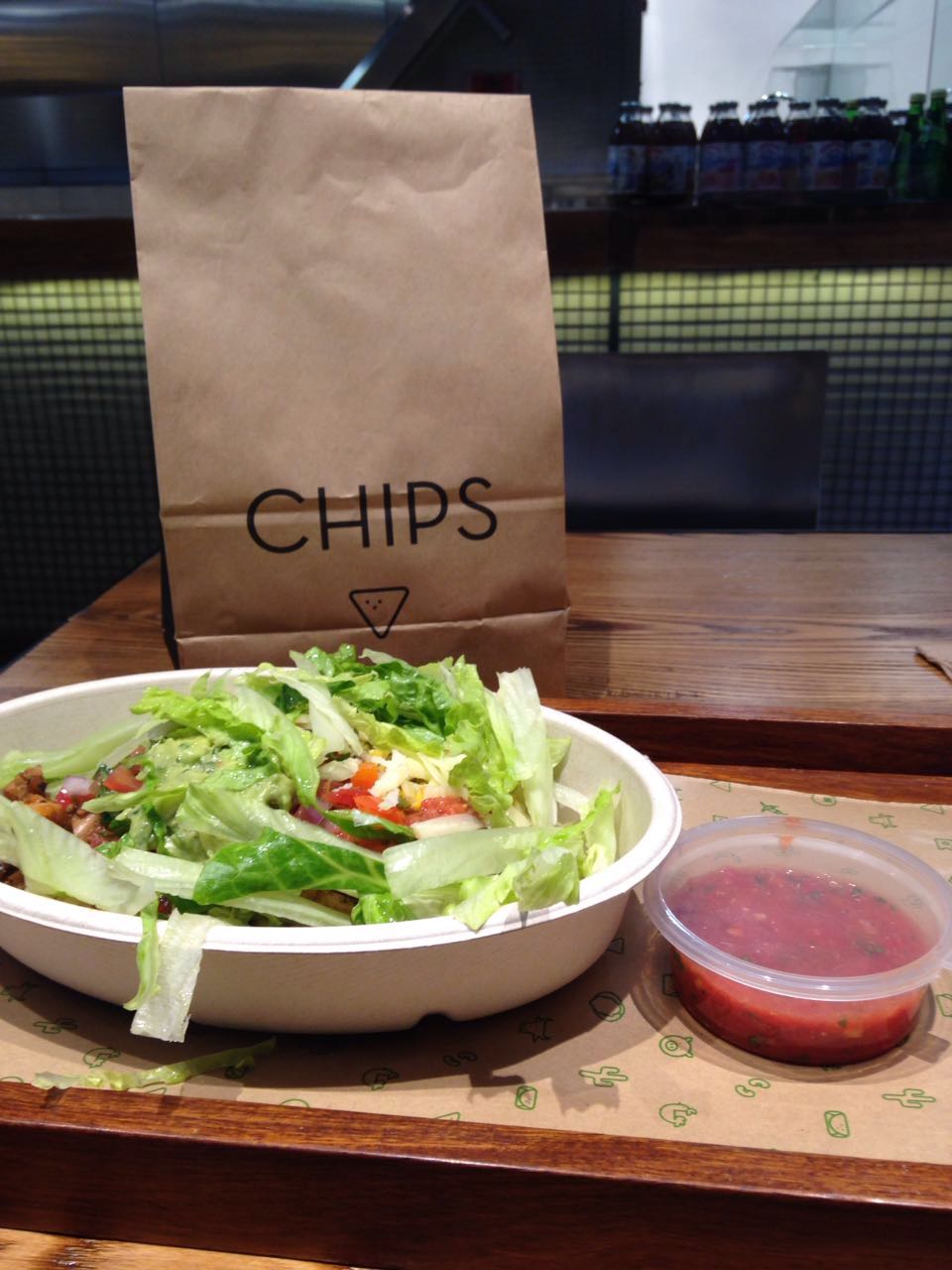 My only gripe, then, with this squeaky-clean masterpiece of a shopping mall, is the lack of windows. Don’t get me wrong: If any city warrants enclosing yourself in a large metal box, trapped in a never-ending consumer cycle of eat-drink-shop until you lose all notion of time and space, it’s Beijing. But on the mild April night of our visit, we wanted to see more than aesthetically pleasing restaurant advertisements followed by the words “COMING SOON.” We wanted to see the outdoors. And the only option for this, at the moment, is Blue Frog, where we (and by ‘we’ I mean me, alone, to be clear) enjoyed two glasses of Chardonnay while gazing appreciatively at the CCTV Tower’s glittering façade.

The seventh floor and its endless terraces promise to solve the lack of views. This is where the good shit’s gonna be. The new Migas, for instance, will have a chunk of the roof, plus a small marketplace. Bistronomie is also up here – a new concept by FLO that’s somewhere in between Café FLO (casual) and Maison FLO (high-end). Here are some more things that will open:

In sum, everything is shiny and exciting. But the scary part happens when you try to leave. The new mall is connected to a hotel, to an old mall, to floor after floor of retail venues, to the subway. On my lengthy, beleaguering journey out, I passed multiple outlets of the same stores, or maybe the same ones, who knows? At some point, maybe on day three or four of my weeklong trek to Subway line 1, I came across the ice rink. Check it out – an ice rink. 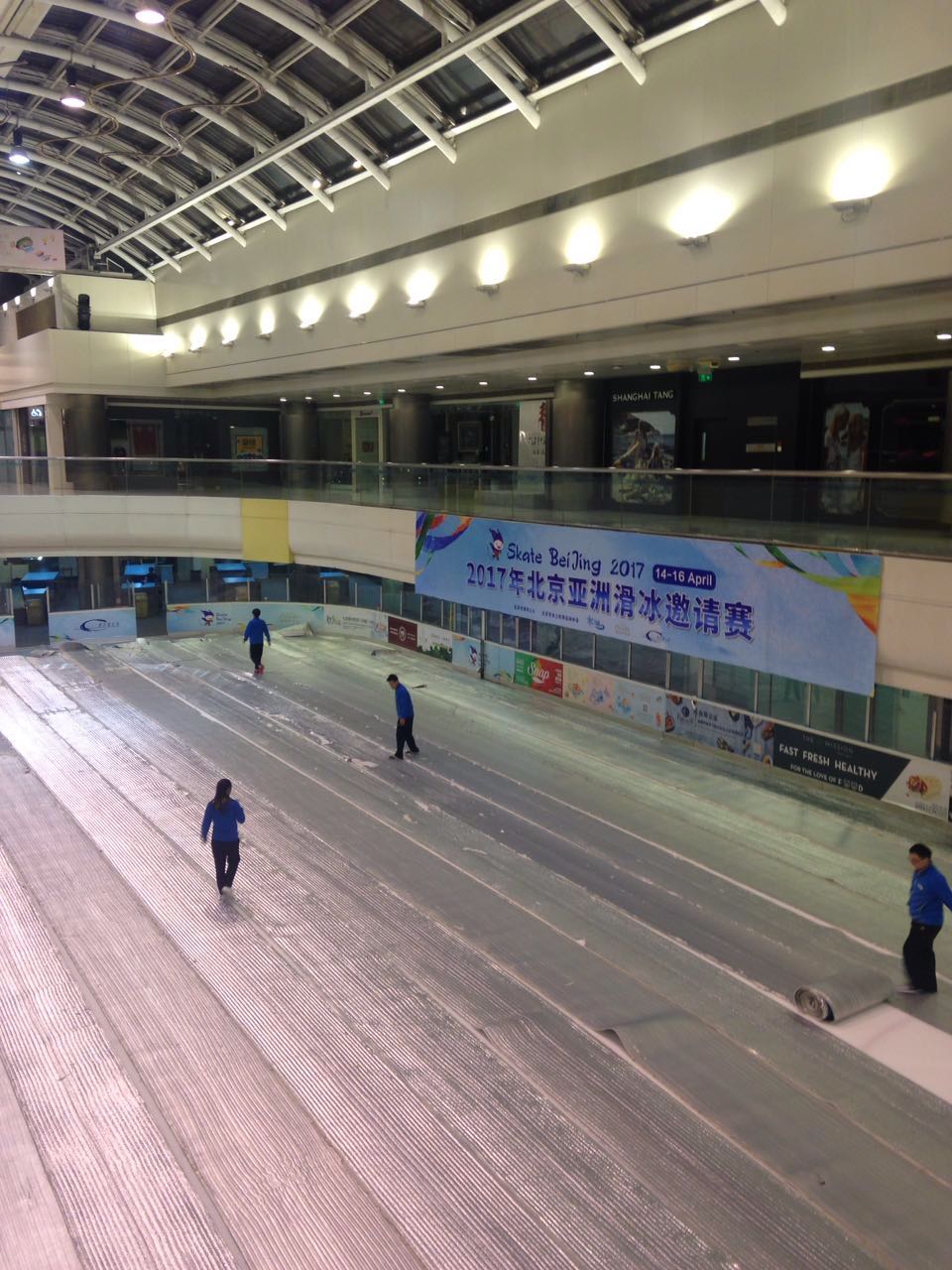 Still – Guomao is not a bad place to be stuck. The bathrooms have toilet paper (I checked – you’re welcome). And pretty soon, there’ll be a Migas. We’ll let you know when we hear more.