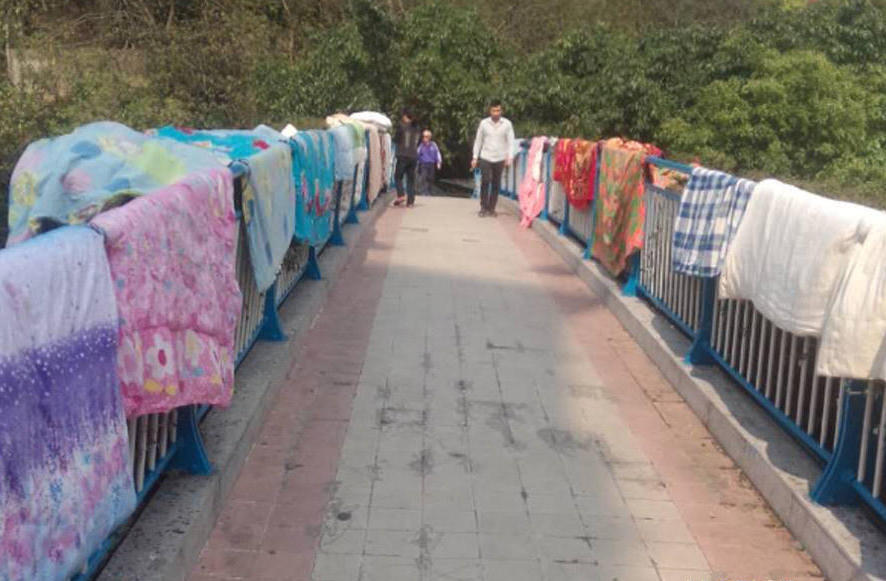 During the rainy season in southern China, air-drying clothes can sometimes take forever.

So when the sun came out in Guangzhou yesterday after two straight days of rain, it's not surprising that homeowners in Baiyun District rushed to take advantage of the weather by hanging their bedding outside.

What might be startling is where some of them chose to do it: on the handrails of a pedestrian bridge located downtown, by the intersection of Jinzhong Lu and Jingyun Lu. 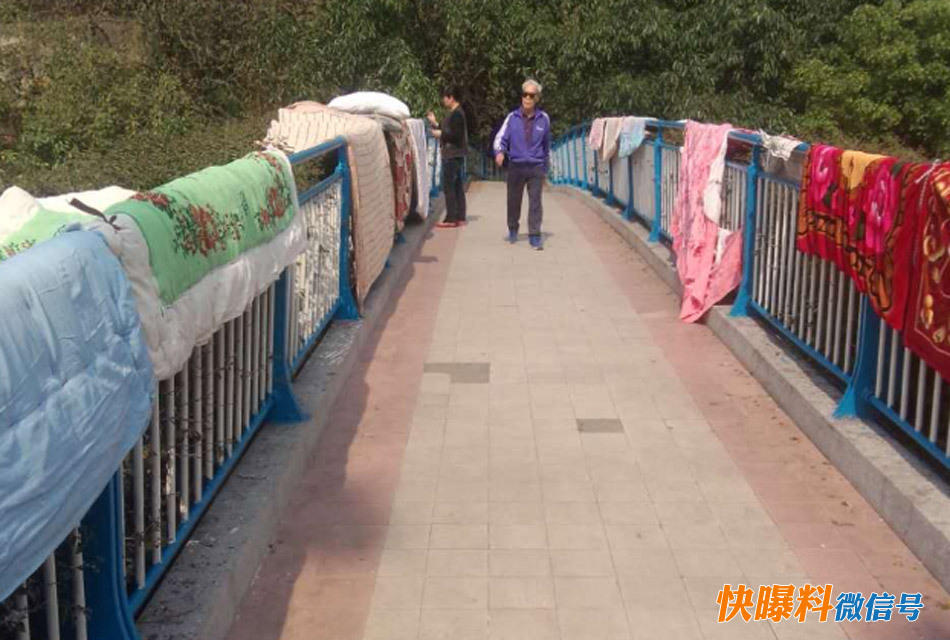 Bedding drying in the 'great outdoors'

A man by the last name of Hu, who happened to be walking over the bridge around 3pm yesterday afternoon, says he saw the homeowners in action. As the sun dipped so that the bottom of the bridge was no longer receiving light, he saw a woman in her 40s rush up the stairs carrying a pillow and a blanket.

She wasn't alone. Soon, other middle-aged and older women had brought their bedding up to expose them to maximum sunlight. The railings were soon swathed in colorful fabrics.

According to Hu, Jingyun Lu has a large amount of residential area. He guessed that most of the laundry-driers lived nearby.

Although no one can accuse the homeowners of not being creative, their strategy had some flaws. For instance, Hu noted that the railings and shrubbery on the bridge were dusty because of all the traffic passing by. 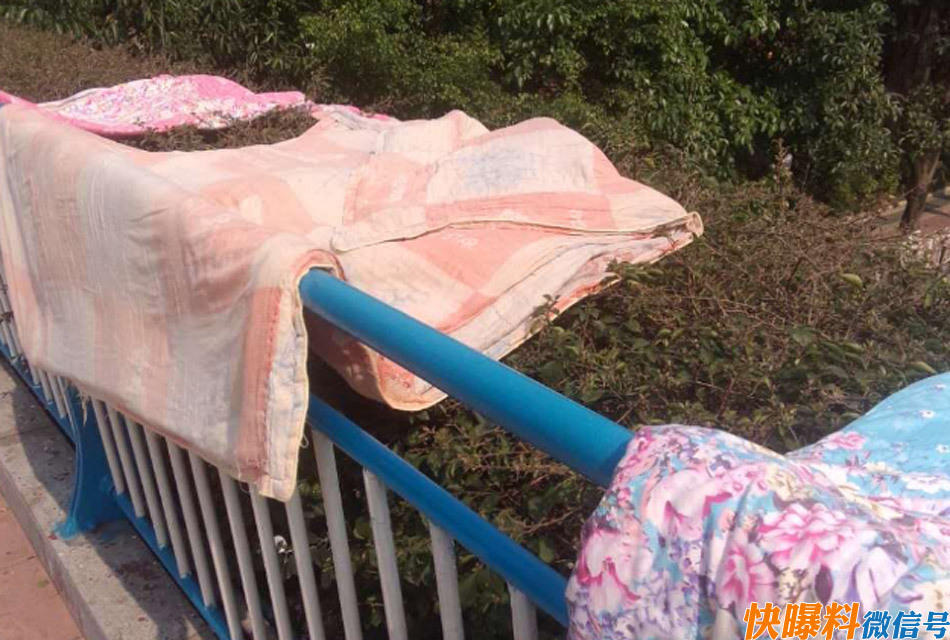 Which means that after the blankets and other bedding finally dried, they'd very likely need another wash.