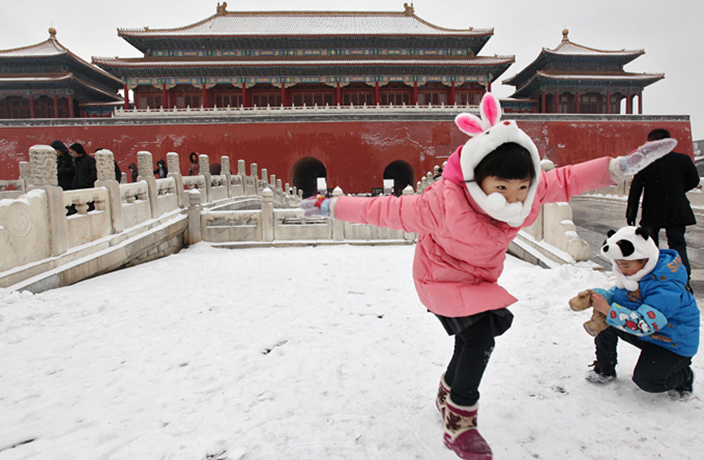 It’s a bit shocking that with the flowers starting to bloom and the mild 14C temperature outside that our iPhones are telling us it’s going to snow on Friday. But there it is: 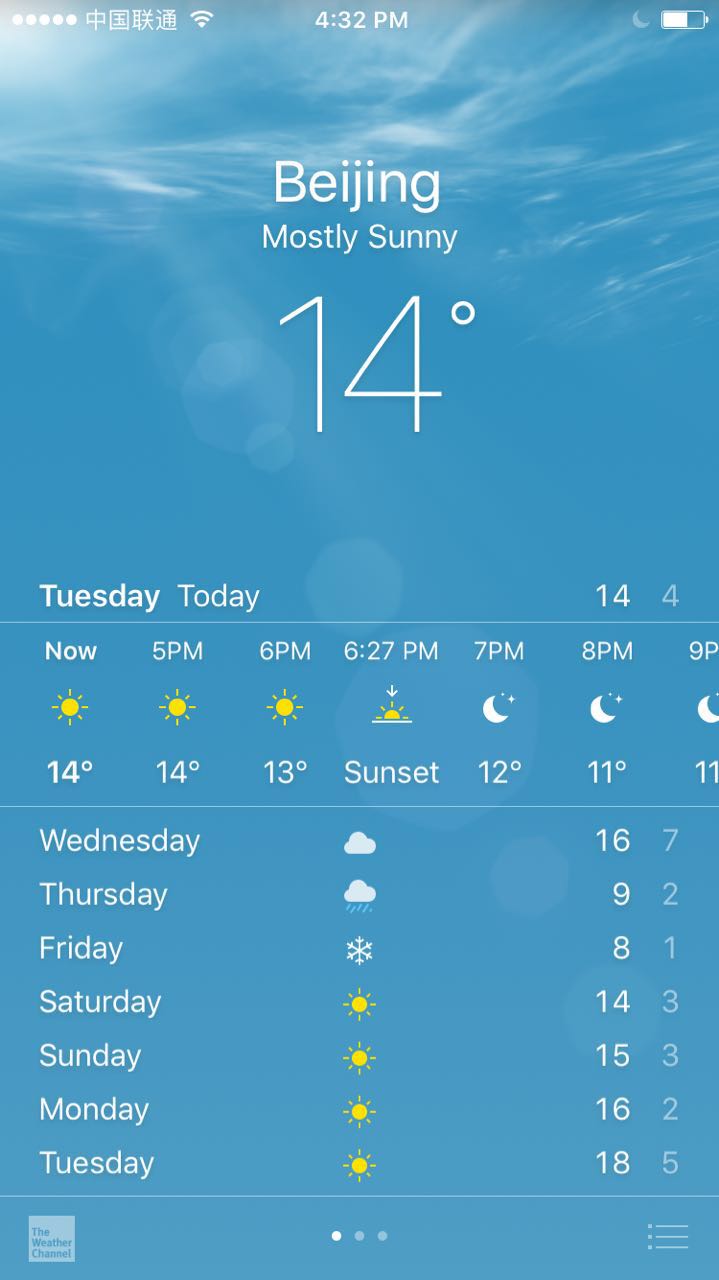 Not like we can really rely on Apple to accurately predict our weather. And even if it does snow it's unlikely to stick given that the temperature is only going to get down to 1C on Friday. But still, we wouldn’t mind spotting a few more flakes before spring sets in.

While AccuWeather is also predicting snow, it appears it’s going to be less snowy than it will be slushy. It looks like Friday morning will bring a mixture of rain and snow.

BBC, on the other hand, only predicts rain on Friday morning.

So will Beijing see its final snowfall of the season on Friday? We hope so, but we're not getting our hopes up. 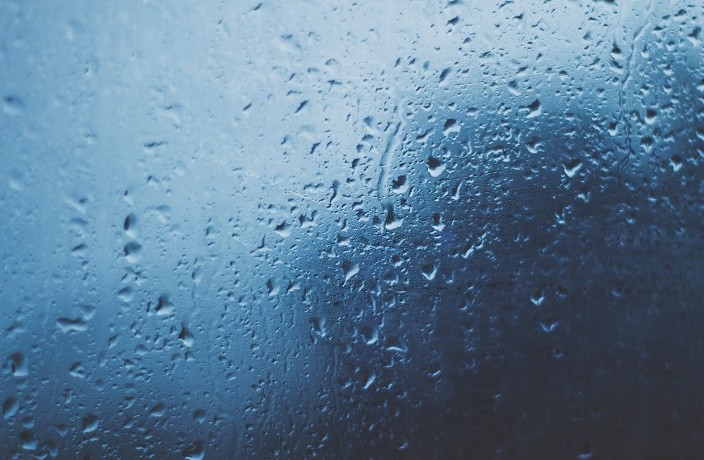 For the first time in over 30 years, a snow leopard was spotted at a nature reserve in Northern China.