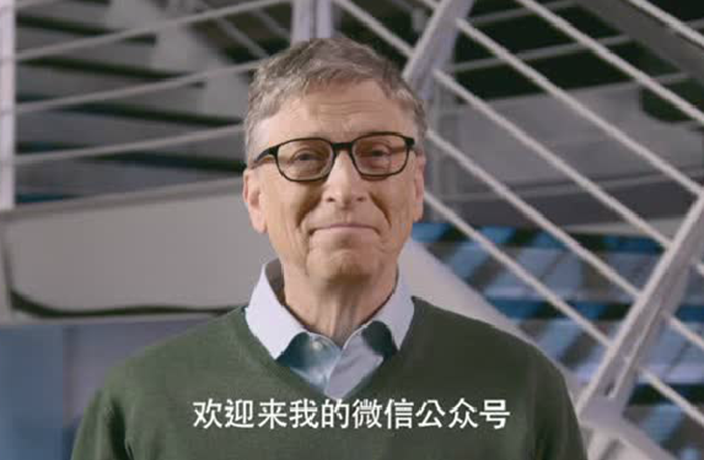 It's official. The billionaire philanthropist and Microsoft Founder Bill Gates is now on WeChat.

Gates signed onto WeChat with the username @gatesnotes last weekend and welcomed his followers to his official account via a video message spoken in broken Chinese.

After greeting his followers in Chinese, Gates said in English that his WeChat account is "my personal blog where I share about the people I meet, books I'm reading, and what I'm learning. I hope you will join the conversation." 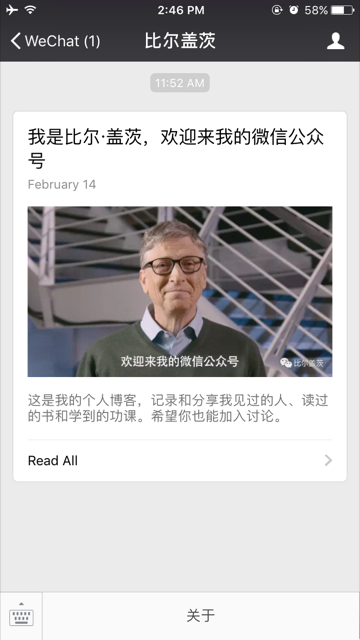 WeChat is the world's largest mobile messaging and social media platform with more than 846 million users signed up through the end of 2016. By signing onto WeChat, Gates is clearly trying to increase his visibility in China, especially since Chinese netizens represent 22 percent of the total internet users in the world.

Given his philanthropic activities around the world, WeChat will provide Gates a huge audience who may be interested in his ideas. But Gates will need to improve his Chinese given that Facebook CEO Mark Zuckerberg already can give full 22-minute speeches in Chinese.